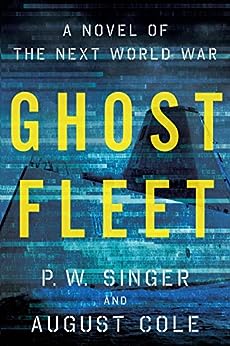 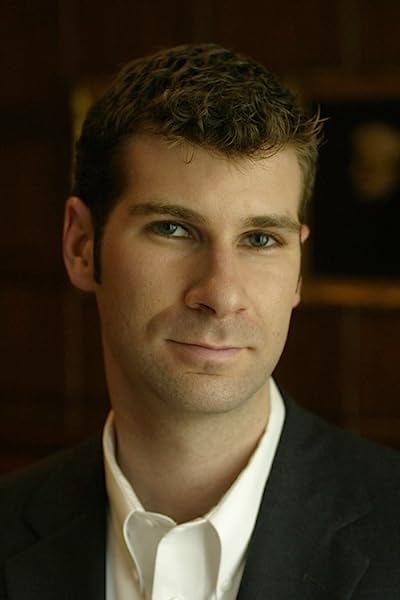 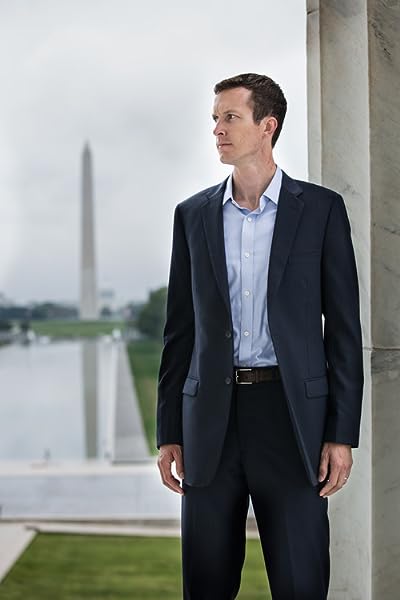 Ghost Fleet: A Novel of the Next World War Kindle Edition

"A wild book, a real page-turner. " - The Economist. "Ghost Fleet is a thrilling trip through a terrifyingly plausible tomorrow. This is not just an excellent book, but an excellent book by those who know what they are talking about. Prepare to lose some sleep." - D. B. Weiss, writer of HBO's Game of Thrones. "lt's exciting, but it's terrifying at the same time." - General Robert Neller, commandant of the US. Marine Corps. --This text refers to an alternate kindle_edition edition.

What will World War III look like? Find out in this ripping, near-futuristic thriller.

The United States, China, and Russia eye each other across a twenty-first century version of the Cold War. But what if it ever turned hot? Ghost Fleet tells the story of World War III, following a global cast of characters fighting at sea, on land, in the air, and in two new places of conflict: outer space and cyberspace. Warship captains battle through a modern day Pearl Harbor; fighter pilots duel with stealth drones; teenage hackers battle in digital playgrounds; American veterans are forced to fight as low-tech insurgents; Silicon Valley billionaires mobilize for cyberwar; and a serial killer carries out her own vendetta. Ultimately, victory will depend on who can best blend the lessons of the past with the weapons of the future.

Ghost Fleetis a page-turning thriller in the spirit ofThe Hunt for Red October. The debut novel by two leading experts on the cutting edge of national security, it is unique in that every trend and technology featured in the book no matter how sci-fi it may seem is real." --This text refers to an alternate kindle_edition edition.

A modern-day successor to tomes such as The Hunt for Red October from the late Tom Clancy. USA Today

Ghost Fleet is a page-turning imagining of a war set in the not-too-distant future. Navy captains battle through a modern-day Pearl Harbor; fighter pilots duel with stealthy drones; teenage hackers fight in digital playgrounds; Silicon Valley billionaires mobilize for cyber-war; and a serial killer carries out her own vendetta. Ultimately, victory will depend on who can best blend the lessons of the past with the weapons of the future. But what makes the story even more notable is that every trend and technology in book no matter how sci-fi it may seem is real.

The debut novel by two leading experts on the cutting edge of national security, Ghost Fleet has drawn praise as a new kind of technothriller while also becoming the new must-read for military leaders around the world.

A wild book, a real page-turner. The Economist

Ghost Fleet is a thrilling trip through a terrifyingly plausible tomorrow. This is not just an excellent book, but an excellent book by those who know what they are talking about. Prepare to lose some sleep. D.B. Weiss, writer of HBO s Game of Thrones

It s exciting, but it s terrifying at the same time. General Robert Neller, commandant of the U.S. Marine Corps

P.W. SINGER is Strategist at New America and a consultant for the U.S. military, the intelligence community, and Hollywood. His award-winning nonfiction books include New York Times bestseller Wired for War.

AUGUST COLE is a writer, analyst, and consultant, and a former defense industry reporter for the Wall Street Journal. He is an Atlantic Council nonresident senior fellow, focusing on using narrative fiction to explore the future of warfare.
" --This text refers to an alternate kindle_edition edition.

AUGUST COLE is a writer and analyst specializing in national security issues, and a former defense industry reporter for the Wall Street Journal.

4.1 out of 5 stars
4.1 out of 5
1,912 global ratings
How are ratings calculated?
To calculate the overall star rating and percentage breakdown by star, we don’t use a simple average. Instead, our system considers things like how recent a review is and if the reviewer bought the item on Amazon. It also analyses reviews to verify trustworthiness.

G. Budrikis
3.0 out of 5 stars An Interesting Story
Reviewed in Australia on 9 June 2018
Verified Purchase
There has been a lot of stuff about the "Chinese threat" hasn't there. And I guess it could happen. The story writing wasn't too bad either.
Read more
Helpful
Report abuse

Mr. K. A. Scales
4.0 out of 5 stars Interesting read
Reviewed in Australia on 27 September 2020
Verified Purchase
It’s a super interesting read and it’s scarily close to home with what could happen. It is difficult to read at times though and I struggled in parts to keep interested.
Read more
Helpful
Report abuse

Expat
3.0 out of 5 stars Three Stars
Reviewed in Australia on 15 June 2018
Verified Purchase
Some interesting concepts in terms of weaponised technologies, but too predictable in its story development.
Read more
Helpful
Report abuse

grmcc
3.0 out of 5 stars The future
Reviewed in Australia on 17 June 2017
Verified Purchase
Rather far fetched but good reading. Perhaps out children will have to face the real thing. A frightening thought . enjoy!
Read more
Helpful
Report abuse

Joel M
5.0 out of 5 stars Pretty solid read. Do recommend
Reviewed in Australia on 18 August 2019
Verified Purchase
Well written, and an interesting look into the sort of future we might be heading for in many ways.
Read more
Helpful
Report abuse
See all reviews

Damien Vidal
1.0 out of 5 stars Independence day with the Chinese instead of ET
Reviewed in the United Kingdom on 27 September 2018
Verified Purchase
This is a classic blockbuster, only with more product placement and as a book instead of a film. A lot of details are painfully annotated (painfully for the reader, I mean, do anybody needs an footnote with a reference to explain what an IED is ? And it is not even in the footnote) but arranged in a haphazard order that makes no sense.

The political setup makes no sense : come on, a major reversal of alliance by a great power because, a vice-admiral meets a governing body in a submarine base built in a cave inside an island ? He would be lucky to speak to the Chief of Naval Operations or the defense minister, and he would go to them, not the opposite, especially not the whole government...

This is really painful to read as it mixes actual correct details (far too many) with horse crap. For instance take this short scene : a Chinese missile is shot at a F-35 and the pilot takes evasive action to avoid it. However unbeknownst to him, the Chinese have managed to introduce a 1mm antenna into the design of 6 chips and the missile is homing on it. He understands he is doomed and spends his last few seconds staring at his girlfriend picture before going kaboom.

So what's correct ?
1/ The introduction of subtle bugs or hidden functionalities in chips is a real concern, these are not usually conceived from scratch but by buying licenses for different functionalities to different suppliers (an ARM core design, a broadcom controller and whatnot) and bundling that in a single chip to have all the features you need. So at one point somebody could introduce something and you'd never know (or keep a bug they have discovered secret to exploit it, I'm looking at you NSA). That's a problem.

2/ We can (kinda) build antennas directly inside the die of a processor, using the same process at least.

Now, the horsecrap :
1/ That problem exists pour subtle bugs and limited functionalities. 1mm² is the size of the whole L2 cache on a modern server core. This is enormous. It will be noticed. It's not like adding a few gates to introduce a subtle bug.

2/ I've not even dared to compute what power it could emit, because it is dwarfed even by the chip Vcc, and the whole stuff is shielded anyway. An there are two big generators behind, driven by the engines and the whole plane is EM shielded anyway. If you have electronics to detect that, you could just pick up the plane itself from Alaska without this convoluted scheme...

3/ Were I a F-35 pilot, knowing I have a missile I can't escape incoming in two sec, I would not spend them looking at my gf picture : I would pull the bloody handle of my MB US16E and eject immediately. Dude.

You also have navy officer proud of saying that they forged ahead after the two class Nimitz aircraft carrier they protected were destroyed exactly were the Chinese had drawn the line (to total annihilation of course, but here they don't seem to expect to be court-martialed).

Martin Belderson
3.0 out of 5 stars Don't approach this book with high expectations. That way you'll be less disappointed.
Reviewed in the United Kingdom on 15 July 2020
Verified Purchase
I don't doubt the threats that the writers warn us about, but this reads like a sub-standard late Tom Clancy novel churned out by a second tier ghost writer. What with the fuss about how important and influential Ghost Fleet is, I was expecting something original and well written. What did I find? Re-hashed elements from two Clancy books with a shout-out to Harry Turtledove thrown in. Change a few locations and names, then update the technology and you've got half of Red Storm Rising, much of Debt of Honour, and an update on Turtledove's Pearl Harbour alternate history. However, both TC and HT made (and still make) sure to keep the action on the page in their novels unlike Ghost Fleet, where you never get to immerse yourself in many of the more significant twist and turns in the plot. You're just blandly informed of them by mostly bland characters. Then there's the main premise which supposedly drives all of China's subsequent actions. It's absurd to pretend (as the authors seem to) that climate change is not happening and that high extraction cost hydrocarbons will not become increasingly irrelevant as more and more renewable resources come online. China has many better and cheaper energy reserves to potentially tap into than this (hence the fuss over the South China Sea). And don't get me started on the extreme unlikelihood of viable hydrocarbon deposits in an active oceanic subduction zone. That the authors can't get basic stuff like this right undermines their credibility elsewhere.
Read more
One person found this helpful
Report abuse

Anna
4.0 out of 5 stars Good but...
Reviewed in the United Kingdom on 8 December 2020
Verified Purchase
Interesting for sure, but at times felt overwritten.
Maybe it was technical detail, or just overflowing of technology ‘of the future’ in general
Story-line interesting, funny at times (Polish element)
....but you can’t shake the feeling that this ‘bright’ technological, smart future - which frankly we already see grabbing us by throats - the Internet-of things - will be most likely the source of our undoing...
Troops on constant drugs, outsourced high-tech, trans humanism... scary
Read more
Report abuse