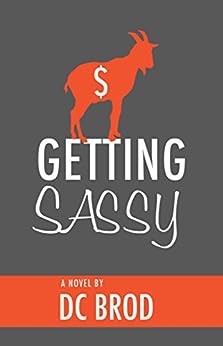 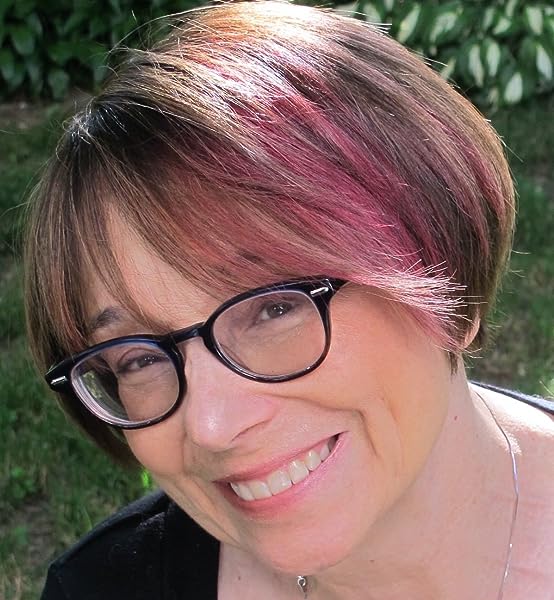 D.C. (Deb) Brod has written fiction most of her life, but didn’t think she had a novel in her until after she graduated from Northern Illinois University with an MA in journalism.  It was then that she decided if she could spend 120 pages discussing postal oppression of the radical press, she could write a novel.  She was right.  Her first novel, Murder in Store, featuring private detective Quint McCauley, appeared two years later in 1989.  Four more novels in that series were followed by a contemporary Arthurian thriller,Heartstone. Her short stories have appeared in Alfred Hitchcock Mystery Magazine and several anthologies; two of these stories received Reader’s Choice Awards. She lives in St. Charles, Illinois, with her husband, Donald, and their two cats, Skye and Jura, who are possibly the world’s most aww-inspiring felines. (If you don’t believe that, check out her website: DCBrod.com.) When she’s not writing, reading, or finding excuses not to clean the house, she enjoys watercolor painting, traveling, and watching crows. And, sadly, the Cubs.

M. Dowden
5.0 out of 5 stars Meet Robyn Guthrie
Reviewed in the United Kingdom on 7 February 2012
Verified Purchase
Say hello to Robyn, because if you get this book you will learn a lot about her. Robyn's mother is in a nice old peoples home, she is ill and alas is also starting to go senile. Unfortunately over the years other people have taken advantage of her senility and have fleeced her out of quite a bit of money. Robyn knows that she can't afford to keep her mum in this particular home and may have to transfer her to a state run place instead. Thinking about committing a crime is one thing, but when Robyn and her accountant are together after having a bit to drink, well a perfect crime may just be in the offing.

Robyn's mum was heavily fleeced by dodgy businessman William 'Bull' Severn, so what could be better than getting money out of him? Unfortunately Robyn is in for a roller coaster of a ride. With crime, humour and romance there is a lot here in this book as Robyn meets a clairvoyant and her mother starts to tell her about secrets that she has withheld over the years. With trouble and mayhem in store this is ideal for those who like lively and fun crime capers.

Linton Robinson
5.0 out of 5 stars Goat of the year
Reviewed in the United States on 6 January 2012
Verified Purchase
If you're getting tired of hearing about how Kindle ebooks by indie authors, free ebooks, or ebooks by writers you never heard of all suck, slap "Getting Sassy" by DC Brod in their faces.

A book doesn't have to be great when it's free, but "Getty Sassy" is everything you could want in a novel. The plot is definitely enough to keep you wondering what the hell, but without straining. A few things it doesn't do:
--Try to jump right in with action zaps. It strolls in, leisurely and charming, and takes it's own sweet time getting things moving. Sweet time, I said.
--It doesn't contrive things. There is no grotesque entourage in this one, no millionaire CIA killers to call on.
--It doesn't over-complicate the story. It has a couple of threads, the resolve right on top of each other, and there's a denouement. The backstory doesn't flip over five times in the last few pages, and it doesn't turn out that everybody in sight was secretly related and working out generations-old vendettas you just now heard about.
--It doesn't build to a heart-stopping climax where everybody gets shot.

What it does do:
--It keeps you turning pages. The whole "getting the goat" thing compels attention, and the "mysterious letter from the past" that might have caused deaths hangs back there, troubling you a little.
--It creates real, likeable people. If you've ever had to deal with caring for a elderly parent who's starting to "drift", you'll bond up quick. And that onset of dementia is particularly frustrating when trying to solve a crime.
--It amuses the hell out of you. Brod is not just charming: she is extremely funny in a dry, straight scotch, sort of way.
--It foreshadows perfectly. You don't mind reading 43% of the way through to get to the crime, because you know it's going to happen. You don't know what, but you can enjoy the characters while waiting.

She makes it look easy. No strain, no pain, just strolling along from one sly observation to the next rueful irony. She's a very masterful writer and deserves more reputation.

A few examples of that:

Lizzie steps out of a motel room into a drunken argument between a couple just checking in. She observes, "He had so much trouble getting the key in the lock that I didn't hold out much hope for their evening."

She's at the liquor store behind a woman making a career out of writing a check. She asks for a pen, then asks the date. When told she says, "Where does the time go?"
Lizzie reflects, 'Indeed'.

He dotty, but still formidable mother, once made love to her second husband in the vault of a bank. Lizzie gets a whole series out of that one, including, "Well, at least they'll always have the vault."

No event or encounter is too slight to provide her a basket to lay one of these things up. There's little point in a list--every page has a least one dry martini chuckles in it.

If that doesn't get you, there's no point in going on. Laying out the plot would be harmful and needless. If you like the idea of an off-kilter crime from a searchingly involved woman on the brink, and like your humor stirred, not shaken, this is a book you should read. Hell, I'm a guy, almost never read female authors, and I ate it up.
Read more
4 people found this helpful
Report abuse

Shmonkey
4.0 out of 5 stars Like a Lifetime Movie You Will Soon Forget
Reviewed in the United States on 20 October 2012
Verified Purchase
On one hand, I liked the book. On the other hand, it took me months, MONTHS, to finish.

It's not the book's fault. I had gotten so used to reading free books (and you know how some of them can be...) so when I came across a "real" book with character development, conversations, plots intertwined with sub-plots, foreshadowing, detailed descriptions, long paragraphs, etc. it seemed too slow and boring at first... Kind of embarrassing to admit that I might have become the lowest common denominator. Ugh, anyway. The whole needing money for her mom's retirement hit a bit too close to home as well. How will I afford her retirement? How will I afford MY retirement? Not really things I wanted to think about, hence my lack of motivation to finish this book.

All that aside, it's a good book. If you go into it thinking that this is a mystery or a caper novel I think you'll find the first half to be very slow; the mystery/caper doesn't really even start until the back half. Go into it like you're reading a regular fiction and I think you'll enjoy the pacing.

I read several reviews that expressed dislike for some of the characters. Being a "real" book, it's full of characters that are multi-demensional and normal. They're not glamorous, they're not bi-polar (I love you! I hate you! I'm so happy! I'm so sad!), and they're not (too) cliched.
Read more
Report abuse

Lindah
4.0 out of 5 stars Horse Lovers
Reviewed in the United States on 22 January 2014
Verified Purchase
You will read about 30% of this book before you find out who Sassy is and why they had to get her. This book has a number of characters and the book jumps around among them. Daughter trying to adjust to taking care of elderly Mother when they never understood each other or got along well. Long lost father comes into the story. Another story line with the daughter and her financial adviser planning on stealing Sassy for money. It turns out the financial adviser only wanted to get revenge for a horse. Another story line involving a physic and her ex-husband. This also showed how they were involved with the missing father. Interesting for all of this. Liked the treating trying to deal with someone slowly losing their memory. Causes you to sympathize with the characters and keeps you reading to see how they manage to get out of their difficulties.
Read more
Report abuse

Laurie Davis
4.0 out of 5 stars Dark Humor and a Great Title
Reviewed in the United States on 24 December 2011
Verified Purchase
The story opens with Robin contemplating a life of crime in order to keep her mother in a nursing home. As a professional writer, half the fun is watching Robin draft the perfect crime and then stuff the notes into her purse.

Enter Mick, her dubious account/bookie/former professional jockey/and who knows what else, who apparently wants to help Robin, in more ways then one. Also entering the picture are the mysterious Robert, also apparently up to no good. Add the filthy rich property developer and his wife with a penchant for expensive jewelry, a neurotic race horse, and the goat who functions as his companion, and the circle is nearly complete. But wait.. don't forget the psychic who reluctantly invites Robin to a seance and her drop-dead brother who's in town on business.

In a setting where no one is what they seem except including her elderly mother, Robin quickly finds herself in over her head. Can her notes save her as the plot changes direction?
Read more
One person found this helpful
Report abuse
See all reviews
Back to top
Get to Know Us
Make Money with Us
Let Us Help You
And don't forget:
© 1996-2021, Amazon.com, Inc. or its affiliates