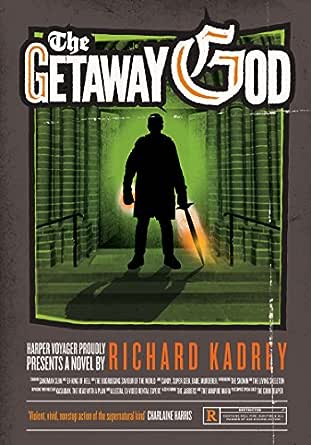 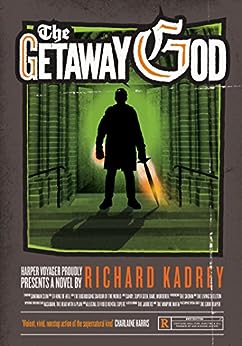 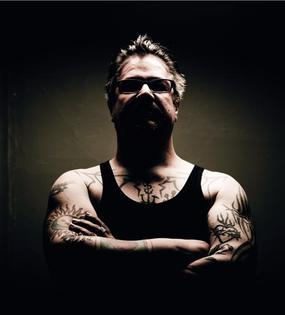 Half-human, half-angel, ex-Lucifer, and eternal troublemaker--James Stark, aka Sandman Slim, has made a few enemies. None, though, are as fearsome as the vindictive Angra Om Ya--the insatiable, destructive old gods. But their imminent invasion is just one of Stark's problems, as L.A. descends into chaos, and a new evil--St. Nick--stalks the city.

No ordinary killer, St. Nick takes Stark deep into a conspiracy that stretches from Earth to Heaven and Hell. He's also the only person alive who may know how to keep the world from going extinct. He's also Stark's worst enemy--the only man in existence Stark would enjoy killing twice--and one with a direct line to the voracious ancient gods.

--Schulers Books Blog on THE GETAWAY GOD --This text refers to an alternate kindle_edition edition.

"Sandman Slim is, by far, the toughest-talking, snappiest, fastest verbal gun of contemporary literature, and his voice is such an unvarnished pleasure that they makes these books into treats without parallel."--Cory Doctorow on THE GETAWAY GOD

"Once again, Kadrey shows us why he's a voice to watch in the sarcastic first person dark urban fantasy genre (aka the First Person Snarker)."--Schulers Books Blog on THE GETAWAY GOD --This text refers to an alternate kindle_edition edition.

New York Times bestselling author Richard Kadrey has published nine novels, including Sandman Slim, Kill the Dead, Aloha from Hell, Devil Said Bang, Kill City Blues, The Getaway God, Killing Pretty, Butcher Bird, and Metrophage, and more than fifty stories. He has been immortalized as an action figure, his short story "Goodbye Houston Street, Goodbye," was nominated for a British Science Fiction Association Award, and Butcher Bird was nominated for the Prix Elbakin in France. A freelance writer and photographer, he lives in San Francisco, California.

A half-human, half-angel with a bad rep and a worse attitude—we are talking abuout the former Lucifer here—James Stark, aka Sandman Slim, has made a few enemies. None, though, are as fearsome as the vindictive Angra Om Ya—the insatiable, destructive old gods. But their imminent invasion is just one of Stark's problems, as L.A. descends into chaos, and a new evil stalks the city.

No ordinary killer, the man known as St. Nick takes Stark deep into a conspiracy that stretches from Earth to Heaven and Hell. Further complicating matters is that he may be the only person alive who knows how to keep the world from going extinct. He's also Stark's worst enemy—the only man in existence Stark would enjoy killing twice—and one with a direct line to the voracious, ancient gods.

4.6 out of 5 stars
4.6 out of 5
302 global ratings
How are ratings calculated?
To calculate the overall star rating and percentage breakdown by star, we don’t use a simple average. Instead, our system considers things like how recent a review is and if the reviewer bought the item on Amazon. It also analyses reviews to verify trustworthiness.

barclay.au
3.0 out of 5 stars Still has the Sandman charm!
Reviewed in Australia on 29 January 2015
Verified Purchase
Getting a little old, but still a good read
Read more
Helpful
Report abuse
See all reviews

TheOnlyLaHeffa
5.0 out of 5 stars The end of the world...again? Don't miss this one!
Reviewed in the United Kingdom on 13 October 2014
Verified Purchase
I'm a huge Sandman Slim fan and eagerly anticipate any new publication by Richard Khadrey. The Getaway God in no way disappoints. Stark is once again the centre of the action in trying to stop the end of the world. There are many unusual plots and twists in the book and excitement builds with every page. In reading the book you are assured of witty dialogue, gory fight scenes and edge of your seat action with every turn of a page. Getting to about 95 % of the book, it seems as if this might be the end of the series, but in the last few pages a new plot revealed itself which, no doubt, will be explored in the new book.
It is, in my opinion, imperative to read all the preceding books in the series, to totally appreciate the Getaway God.
Read more
One person found this helpful
Report abuse

mrs j mason
5.0 out of 5 stars Book 6
Reviewed in the United Kingdom on 29 September 2020
Verified Purchase
What can I say another Armageddon packed humorous, action filled story. Loved every page. The hero STILL PULLS out the clever one LINERS, fabulous.
Read more
Report abuse

Kindle Customer
5.0 out of 5 stars Welcome addition to this series.
Reviewed in the United Kingdom on 6 October 2014
Verified Purchase
A great addition to his series of Sandman Slim.
If you like the tv series supernatural, your going to love Sandman Slim and his friends.
Angels, Demons, Magic what else do you need.
Would recommend this series, but I would advise reading them in order as although the stories are standalone, your get more out it by following the characters development.
Read more
Report abuse

Raven Stone
5.0 out of 5 stars Oh I do love Sandman Slim
Reviewed in the United Kingdom on 7 October 2014
Verified Purchase
Oh I do love Sandman Slim. Now he's taking on the gods who made God and the Devil think twice. And yet I still wouldn't bet against him. Kick him and be prepared to lose a foot. Sandman Slim is a wonderful character, surrounded by fantastic characters who may not be clear-cut Good or Bad, but they are deliciously Dangerous To Know.
Read more
Report abuse