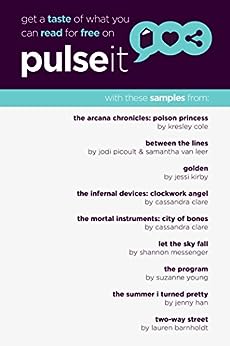 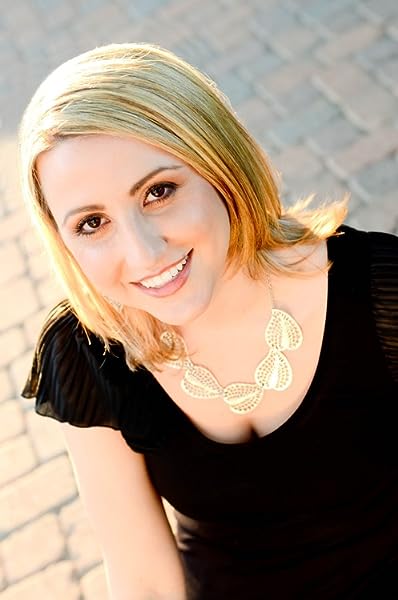 Get a Taste of Pulseit!: Free Pulseit eSampler Kindle Edition

Shannon Messenger graduated from the USC School of Cinematic Arts, where she learned―among other things―that she liked watching movies much better than making them. She’s studied art, screenwriting, and film production, but she realized her real passion was writing stories for children. She’s the New York Times and USA TODAY bestselling author of the award-winning middle grade series, Keeper of the Lost Cities, as well as the Sky Fall series for young adults. Her books have been featured on multiple state reading lists, published in numerous countries, and translated into many different languages. She lives in Southern California with an embarrassing number of cats. Find her online at ShannonMessenger.com.

Suzanne Young is the New York Times bestselling author of The Program series. Originally from Utica, New York, Suzanne moved to Arizona to pursue her dream of not freezing to death. She is a novelist and an English teacher, but not always in that order. Suzanne is also the author of Girls with Sharp Sticks, All in Pieces, Hotel for the Lost, and several other novels for teens. Visit her online at AuthorSuzanneYoung.com or follow her on Instagram at @AuthorSuzanneYoung.

Jodi Picoult received an AB in creative writing from Princeton and a master’s degree in education from Harvard. The recipient of the 2003 New England Book Award for her entire body of work, she is the author of twenty-seven novels, including the #1 New York Times bestsellers House Rules, Handle With Care, Change of Heart, and My Sister’s Keeper, for which she received the American Library Association’s Margaret Alexander Edwards Award. She lives in New Hampshire with her husband and three children. Visit her website at JodiPicoult.com.

Samantha van Leer is a sophomore at Vassar College majoring in psychology with a minor in human development. She has four dogs: Alvin, Harvey, Dudley, and Oliver―for whom the prince in this story is named.

Lauren Barnholdt is the author of the teen novels The Thing About the Truth, Sometimes It Happens, One Night That Changes Everything, Two-way Street, Right of Way, and Watch Me. She is also the author of the middle grade novels The Secret Identity of Devon Delaney, Devon Delaney Should Totally Know Better, Four Truths and a Lie, Rules for Secret-Keeping, Fake Me a Match, and the Girl Meets Ghost series. She lives in Waltham, Massachusetts. Visit her at LaurenBarnholdt.com. --This text refers to an alternate kindle_edition edition.

mehrzad
4.0 out of 5 stars Four Stars
Reviewed in the United Kingdom on 3 March 2015
Verified Purchase
Liked some of the stories in this collection like and ignored the rest ,as they were boring for me.
Read more
Report abuse
See all reviews
Back to top
Get to Know Us
Make Money with Us
Let Us Help You
And don't forget:
© 1996-2021, Amazon.com, Inc. or its affiliates