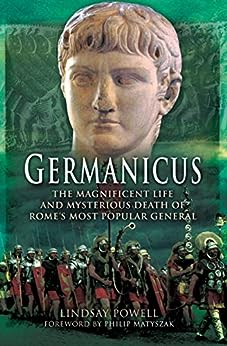 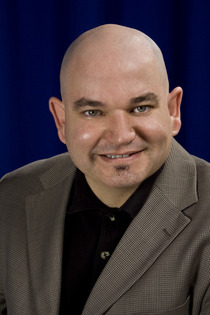 LINDSAY POWELL writes for Ancient Warfare magazine and his articles have also appeared in Military Heritage and Strategy and Tactics. He is author of the highly acclaimed Marcus Agrippa: Right-Hand Man of Caesar Augustus, Germanicus: The Magnificent Life and Mysterious Death of Rome's Most Popular General and Eager for Glory: The Untold Story of Drusus the Elder, Conqueror of Germania, all published by Pen & Sword Books. His appearances include BBC Radio, British Forces Broadcasting Service and History Channel. He divides his time between Austin, Texas and Wokingham, England. --This text refers to the hardcover edition.

"A modern, impartial study of the life of Germanicus is not only timely but overdue. For, apart from the enduring mystery of his death, Germanicus did come as close as anyone in the attempt to re-establish Roman rule from the Rhine to the Elbe. Had he succeeded, the history of the Roman Empire - and therefore of subsequent ages - would have been greatly different. It is worth examining how and why the attempt failed, and learning more about the man who made it." -- Philip Matyszak, author of The Sons of Caesar and Legionary: The Roman Soldier's Handbook "Biographies of Germanicus Caesar - arguably one of Rome's finest generals - are few and far between, sadly. When one is published, therefore, it gives cause for celebration - particularly when it's as good as the volume penned by Lindsay Powell. Meticulously researched, absorbing and well written, this is no dusty, academic tome, but a 'must have' text for any reader with an interest in Rome. Powell knows his subject matter inside out, and is to be highly commended on a most welcome addition to the biographies of Rome's most famous sons." -- Ben Kane, The Forgotten Legion Chronicles and Spartacus series. "GERMANICUS brings the reader face to bloody face with serious history and tells the story of a Roman emperor that might have been - principled, courageous and, above all else, sane! Excellent fare, and highly recommended." -- Anthony Riches, Empire series. "I particularly like Powell's narrative style. It is extremely readable, providing an educational narrative on a fascinating period of history. ... Powell has done an exemplary job of shedding light upon the character and accomplishments of this noteworthy Roman. I strongly recommend this book" -- Major Chris Buckham, Ancient Warfare, issue VIII.4 (September 2014). --This text refers to the hardcover edition.

Steve
4.0 out of 5 stars Four Stars
Reviewed in the United Kingdom on 27 February 2016
Verified Purchase
Very good. An interesting book on one of Rome's great Generals.
Read more
Report abuse

JPS
4.0 out of 5 stars Roman war hero and wonder boy?
Reviewed in the United Kingdom on 21 October 2013
Verified Purchase
After writing a book on Drusus the Elder (Germanicus' father), Lindsay Powell has just published a book on the somewhat better known son. Both books have a lot in common, although this one is longer and more detailed, largely because we know more about Germanicus than about his father. Both were portrayed as war heroes and "wonder boys", chiefly because of their victorious expeditions in Germany. Both were dashing and somewhat rash. Both died young. While the father died accidentally, the son seems to have been poisoned, as he himself believed.

There were however quite a few differences between them. Germanicus Iulius Caesar, as he became named (his initial name was Nero Claudius Drusus, was heavily influenced by his father's glory and reputation. As the book shows art times, the son used the same tactics and strategies as the father had in Germany. Times had changed, however. While the father had set off to conquer and pacify "Germania Magna", the son was in fact conducting retaliatory expeditions against the tribes that had a hand in the destruction of Varus' legions. Also, the son seems to have lived to be a bit older than his father and had the time to be sent to the East as a king of "viceroy" to govern and settle a number of disputes.

Germanicus, the grandson of Marcus Antonius the triumvir through his mother (Antonia), is also known for his family life and in particular his association and love match with Aggripina the Elder, the daughter of Agrippa (Augustus' right hand man when he was still only Octavian) and of Iulia, and his large family. His uncle was Tiberius. His brother became the Emperor Claudius who succeeded his son nicknamed "Caligula" during his youth by the legions on the Rhine. He became Augustus' darling since he seemed to be the incarnation of everything that Augustus wanted his new regime and its Princeps to look like.

All this, and much more, is shown and told by Lindsay Powell in this book with a luxury of details and an overabundance of footnotes (often some two hundred per chapter!). The genealogical trees are, for instance, particularly useful to understand the various relationships. Both men and women often had the same names as their parents and they tended to intermarry, making it even more confusing at times. Also useful are the maps and the colour photos of coins and places.

I had, however, two kinds of problems with this book, and these were quite similar with the ones I had had with the author's previous book on Germanicus' father. One is about form and the other, perhaps a bit more serious, is about substance. Both are related to - and seem to be the consequences of - the author's enthusiasm for his topic (at least this is the impression I got).

The problem about form is that the author comes up with multiple digressions about a whole range of topics while telling the story. For instance, each and every step of Germanicus' career is the occasion for the author to start explaining what the various positions that he occupied meant, their origins and how they had evolved. This is, for instance, the case for the consulship but also for the various religious priesthoods that were bestowed on Germanicus. Depending on your point of view, and perhaps also on how much you already know about Rome and its institutions, you may consider this to be either a wonderful bonus ("two books in one", as another reviewer stated for the book on Drusus) or, on the contrary, unnecessary padding that slows the book down and makes it harder to read. To be frank, I had both impressions, at different times.

The problem with the substance is that the story is essentially a very biased one, with the author essentially taking for granted that Germanicus was both the war hero and the wonder boy that he was portrayed to be. The Romans certainly believed it and so did the Roman sources. Was he really such a "superhero" and "wonder boy", and, if so, to what extent? Given the Romans talent for propaganda, a discussion of these questions would have been worthwhile, rather than taking for granted what all of the sources have to say about the "wonder boy". Also, the author does show that the Germanic campaigns of the young general were both high risk and rather costly in all respect, starting with Roman lives. So the track record is not exactly perfect but the author, even in his assessment section right at the end, never really gets such a discussion going, although he skirts around it a couple of times.

Another topic that might disappoint some, but where I believe the author was both prudent and, contrary to the point above, quite impartial and careful not to jump to conclusions and speculate, is Germanicus' death. Here again, Lindsay Powell tells the facts as we know them through the sources. The author does a rather good job in exonerating both Tiberius and his mother Livia from any responsibility in the hero's death. This is done essentially by showing that despite insinuations (and those from Tacitus have been particularly damaging for Tiberius' reputation), neither seem to have had any real reason to get rid of the "wonder boy". However, this essentially leaves the problem unsolved: who murdered him, or did he die of some disease? We will never know for sure.

S. M. M.
5.0 out of 5 stars Highly recommended for all students of history
Reviewed in Canada on 24 March 2018
Verified Purchase
A well written and engaging narrative. As insightful about Germanicus as it was about Tiberius, which adds to the value of this book. Powell does a very commendable job putting together the biography of this truly charismatic, but too often footnoted, personality. Highly recommended for all students of history, and a must have for the private library.
Read more
Report abuse

John Oswell
2.0 out of 5 stars Ponderous
Reviewed in Canada on 18 November 2019
Verified Purchase
About 40% of the book is the story of Germanicus the other 60% was probably of interest to scholarly historians but for me it was of little interest. Disappointing
Read more
Report abuse
See all reviews
Back to top
Get to Know Us
Make Money with Us
Let Us Help You
And don't forget:
© 1996-2021, Amazon.com, Inc. or its affiliates