Gentlemen & Players and over 1.5 million other books are available for Amazon Kindle . Learn more
Share <Embed> 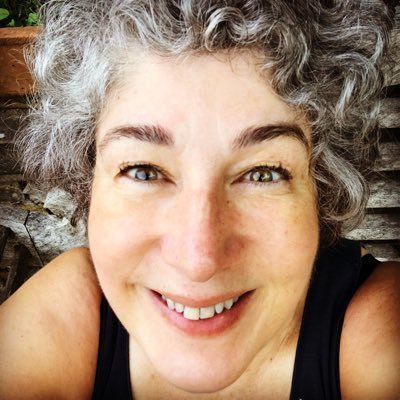 Page 1 of 1 Start overPage 1 of 1
This shopping feature will continue to load items when the Enter key is pressed. In order to navigate out of this carousel please use your heading shortcut key to navigate to the next or previous heading.
Back
Next
Start reading Gentlemen & Players on your Kindle in under a minute.

4.3 out of 5 stars
4.3 out of 5
416 global ratings
How are ratings calculated?
To calculate the overall star rating and percentage breakdown by star, we don’t use a simple average. Instead, our system considers things like how recent a review is and if the reviewer bought the item on Amazon. It also analyses reviews to verify trustworthiness.

KDM
5.0 out of 5 stars Gripping, dark and brilliant
Reviewed in the United Kingdom on 1 October 2017
Verified Purchase
This is the first book by Joanne Harris that I have read and I will most definitely be looking out for her other novels. It is a story based around St Oswald’s, a private, all-boys school, told from two different points of view. Firstly, there is the aging Classics teacher Mr Straitley, a symbol of tradition, who is coming to terms with how much times have changed and who finds himself having to compete for his place against the newer but more current and relevant subjects.

The second point of view is somewhat less obvious as, unless you guessed early on in the book, their identity is not revealed until much later in what I felt was one of the biggest twists I’ve come across in a long time (but more about that later). The mystery character is plotting revenge against St Oswald’s and all it stands for; the elite and superior within society. As we come to discover, the protagonist’s desire to take down the school and everyone in it is driven by their experience and bitterness that comes from being outside of its walls.

As the intricate story of cat vs mouse progresses it becomes increasingly dark and gripping. I personally did not guess the identity of the main character so this was a twist that really made the book in my opinion. Once I knew however, I came to realise just how cleverly written this novel was. The way the author writes makes it easy to picture the long corridors, multiple classrooms and manicured lawns to the extent that you feel like you are there.

This is one of the best books I’ve read in a long time, and I have to say I wouldn’t have actually chosen to do so (thanks Book Club!). It kept me on the edge of my seat and I was thinking about it long after I turned the last page.

M. J. Hale
2.0 out of 5 stars dreary
Reviewed in the United Kingdom on 20 August 2018
Verified Purchase
Unlike the majority of reviewers I found this book dreary and longwinded. The plot was, of course, more deep and dark than her earlier novels but by half way I felt I didn't want to read any more. I found the characters were all unpleasant and I really didn't care about what was going to happen to any of them, although I had just a little more sympathy for Mr Straitly. Yes, the understanding of school staffroom personalities was spot on and, as a retired teacher myself, I could see the Ms Harris's experience of teaching stood her in good stead for the characters she portrayed.
Read more
7 people found this helpful
Report abuse

Boingboing
4.0 out of 5 stars Excellent School-based Whodunnit
Reviewed in the United Kingdom on 3 August 2018
Verified Purchase
I didn't expect a book of this type from Joanne Harris. I'd read 'Chocolat' many years ago and liked it but didn't consider it particularly challenging. By contrast I'd hated - and abandoned - 'Blackberry Wine'. I had expected that Harris was in the 'magic realism' school of writing and that she didn't seem 'the type' to produce a rather fascinating school-based murder mystery. I did have a vague recollection that she started out as a language teacher.

The book pits two narrators against each other - under the slightly clunky guise of a chess match. A Knight and a Bishop put in appearances but feel rather as if they've been shoe-horned in for effect and to try to carry a theme that doesn't deliver well. The two narrators are distinguished (for me not very well) by their chapters starting with line drawings of chess pieces. On a Kindle, it's not immediately easy to understand the significance.

The book also suffers from insufficient differences in the voices of the two protagonists but I say that about most multi-narrator books that I've read recently. And to make it more complicated, one narrator jumps back and forth between past and present.

BUT.....despite the complexity, there's an interesting story in Gentlemen & Players.

An elderly teacher, a man wedded to his school and with 33 years of teaching Latin under his belt, is struggling to deal with the bureaucracy of the school.

A young teacher with a fake CV and a grudge that needs to be settled, is trying to destroy the reputation of the school and will stop at literally nothing to bring it down. That same teacher tells of of their childhood friendship with a boy called Leon; a friendship that lies at the root of the long-held grievance against the school.

Can the old teacher work out what's going on as his school falls apart around him? Can the young one carry out their evil plot to one by one pick off the teachers who gave Leon a hard time?

I found this a bit plodding at first but once I'd got my head around what was going on, I flew through the rest of it. The big 'twist' and the shocking reveal come at 85% into the book, just as you think you've got it all worked out. As twists go, it's on a par with the big 'reveal' at the end of Londonstani - which made me laugh so hard I nearly dropped my book in the bath. This one is a bit far-fetched but it does make us realise how clever the author has been. However, once certain things that happened between the protagonist and young Leon are clarified, the whole reason for wanting to destroy the school seems to fall apart and I was left wondering why they'd gone to so much trouble.

I already bought another book that's a sequel to this and look forward to reading that.
Read more
4 people found this helpful
Report abuse

Kathleen
4.0 out of 5 stars I did enjoy the twists and turns in the narrative and as ...
Reviewed in the United Kingdom on 28 April 2017
Verified Purchase
This is the first of Joanne Harris's books I have read. I did enjoy the twists and turns in the narrative and as a retired teacher could definitely identify with the typical cross section mix of members of the staff room. It took me a while to come to terms with the repeated flashbacks alternating with the present in the story. However, having done that, I felt it a difficult book to put down. I am now engrossed in the sequel, Different Class. Although, I was always open to new ideas and - unlike Mr Straitley - embraced modern technology I have developed a fondness for the classics master and his determination to fight his corner. He is one of the old school with many enviable qualities that do not seem to translate to some of the more aggressively progressive members of staff. I do hope that he eventually masters email!!
Read more
8 people found this helpful
Report abuse

K E Fellows
5.0 out of 5 stars Wonderfully, horribly plausible
Reviewed in the United Kingdom on 18 August 2016
Verified Purchase
As a former teacher in a private boys' prep school, I found this novel -- and all of its murderous intrigues -- entirely, wonderfully, horribly plausible. Joanne Harris taught for fifteen years, and she obviously knows her source material inside and out. Teachers and students alike are beautifully depicted, and she is especially good at capturing the psychological nuances of younger teenage boys, those in the thirteen to fifteen year age range.

But more importantly, this is an erudite and very suspenseful psychological thriller that (in my opinion) beats the socks off of the current crop of 'twisty' bestsellers. Harris makes the reader care about her characters -- even the supposed 'bad guys' -- and every single one is complex, three-dimensional and convincingly human. I am looking forward to meeting some of them again in the sequel (and third of her 'Malbry' novels), Different Class.

An extraordinarily enjoyable book, and one I can recommend without reservation.
Read more
9 people found this helpful
Report abuse
See all reviews
Get FREE delivery with Amazon Prime
Prime members enjoy FREE Delivery and exclusive access to movies, TV shows, music, Kindle e-books, Twitch Prime, and more.
> Get Started
Back to top
Get to Know Us
Make Money with Us
Let Us Help You
And don't forget:
© 1996-2020, Amazon.com, Inc. or its affiliates