A Gentle Axe: A Porfiry Petrovich Mystery and over 1.5 million other books are available for Amazon Kindle . Learn more
Share <Embed> 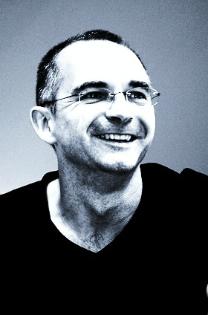 Page 1 of 1 Start overPage 1 of 1
This shopping feature will continue to load items when the Enter key is pressed. In order to navigate out of this carousel please use your heading shortcut key to navigate to the next or previous heading.
Back
Next
Start reading A Gentle Axe on your Kindle in under a minute.

"'Vivid and convincing... keeps the reader guessing until the end.' Independent"

Born in Manchester in 1960. R.N. Morris now lives in North London with his family. He read Classics at Cambridge University. One of his stories, The Devil's Drum, has been turned into a one-act opera, which was performed recently in London. Another, Revenants, was published as a comic book.

John Hopper
3.0 out of 5 stars well written, but can't say I enjoyed it
Reviewed in the United Kingdom on 28 June 2015
Verified Purchase
This is the first in a series of detective novels set in 19th century St Petersburg featuring investigative magistrate Porfiry Petrovich, who is the detective in Dostoyevsky's Crime and Punishment who investigates the murders committed by the student Raskolnikov. This novel also features some of the minor characters from the classic novel, some different but very similar ones such as the student Virginsky, and some of the same features (e.g. axes, pawnbrokers), though I had to check to confirm the names as it is many years since I read it at university. The plot of this spin off is okay, a little convoluted and unclear until all is revealed in the final chapter. The descriptions of the city and its inhabitants are good and evocative, though I can't say I like any of the characters really. Not sure if I will bother with any of the sequels.
Read more
One person found this helpful
Report abuse

Elaine Tomasso
3.0 out of 5 stars Wordy
Reviewed in the United Kingdom on 2 May 2013
Verified Purchase
This is a cleverly plotted book but unfortunately I didn't enjoy it. I found the writing opaque and a bit convoluted so I never felt that I got to know any of the characters. I wanted to know how the plot ended but I found myself continually checking how far it was to the end and wondering if I could put up with the prose to get there. I assume that the writing is in the style of Dostoevsky whom I haven't read (and if it is won't be any time soon) so it will suit some readers, just not me.
Read more
One person found this helpful
Report abuse

The Emperor
4.0 out of 5 stars Punishing Crimes
Reviewed in the United Kingdom on 24 November 2012
Verified Purchase
This does a very good job in capturing the flavour of Crime and Punishment.

It did seem authentically Russian and of its time.

I thought that it was very well written and there were even some amusing moments.
The crime elements are quite well done and there is a genuine mystery to it. There were plenty of interesting characters and I thought that the dialogue was very impressive.

It is slightly grim and depressing at times but thankfully it isn't over the top.

T. Wood
5.0 out of 5 stars Brilliant
Reviewed in the United Kingdom on 4 February 2008
Verified Purchase
This book will grab your attention on the first page and not let you go, even after you are done.
This is first class storytelling from a man who deserves to take his place as one of the best. The characters are well drawn, sympathetic, annoying, pitiable, but realistic. The location is as cold as some of the happenings and you are drawn into an atmospheric past that both invades the present and astonishes you with its authenticity.
Porfiry has been brought back to life so successfully by his new author that it makes you not only forgive Morris for stealing from the best but also applaud him for doing so. Dostoevsky would be proud. A great detective deserves more than one outing and now, through the mastery of R.N. Morris, Porfiry gets that chance.
An experience not to be missed.
Read more
4 people found this helpful
Report abuse

Mother of God
5.0 out of 5 stars Porfiry Petrovich in St. Petersburg
Reviewed in the United States on 10 January 2020
Verified Purchase
Porfiry Petrovich is Remarkably refreshing character within a very interesting era of Russian history in one of the most interesting cities in Russia. Morris has brought Porfiry to life in the setting of St. Petersburg. And a glorious blend of characters and place. The Gentle Axe is a must read for all fans of a great mystery and a thinking adetective, and this is especially so if you are a Russophile
Read more
Report abuse
See all reviews
Get FREE delivery with Amazon Prime
Prime members enjoy FREE Delivery and exclusive access to movies, TV shows, music, Kindle e-books, Twitch Prime, and more.
> Get Started
Back to top
Get to Know Us
Make Money with Us
Let Us Help You
And don't forget:
© 1996-2020, Amazon.com, Inc. or its affiliates