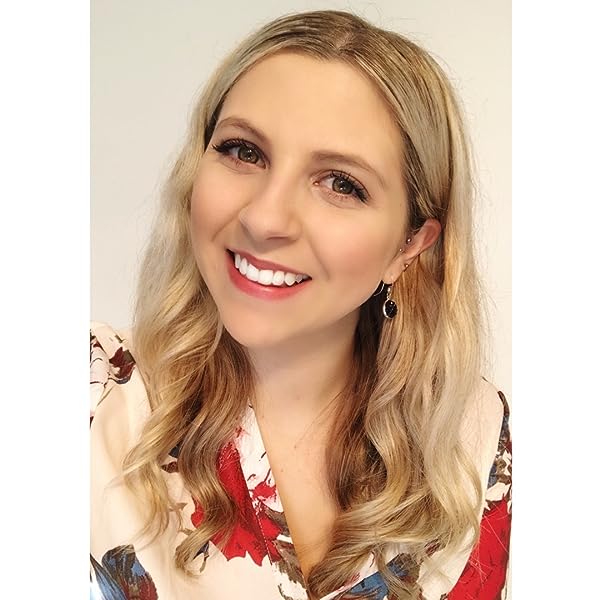 Get 90 days FREE of Amazon Music Unlimited
with the purchase of any eligible product. Shop now
Start reading The Genesi Code (The Genesi Series Book 1) on your Kindle in under a minute.

Tristen grew up in Newcastle, Australia. Her love of writing began in her early teens. She kept a journal as a teenager and often wrote short stories. Tristen has always had a love for creative writing and young adult fantasy genres. During high school she could often be found in the Young Adult section of her local library as she was, and still is, an avid reader. Tristen has been influenced by many authors over the years; however her main inspiration was, and still is J. K. Rowling. J. K. Rowling has not only been an inspiration to Tristen as a writer but she has been a role model to her since she was a young teen. Tristen graduated high school and after completing her Certificate III in Injury Management she now works as a case manager in insurance managing highly demanding, long term claims of both physical and psychological injuries. Aside from working full time as a case manager, Tristen also manages a small business creating candles that are inspired by characters from books and sells these online. This small business has allowed Tristen to channel her inner creativeness as well as learn how to manage and market a small business and the aspects of marketing on social media. Tristen began writing what would be her debut novel, The Genesi Code, when she was twenty-one years old after the idea for The Genesi Code came to her in a dream.

Melissa L Manning
5.0 out of 5 stars Looking forward to the next book
Reviewed in Australia on 13 September 2017
Verified Purchase
Really enjoyed this first book and hope we don't have to wait too long for the next book in the series. Keep up the great work.
Read more
Helpful
Report abuse

Kirra
4.0 out of 5 stars A thrilling, fast-paced adventure.
Reviewed in Australia on 2 September 2017
The Genesi Code is the debut novel from author Tristen Willis and an exciting sci-fi thriller that will capture your interest until the last page. In the year 2258, our main character Luca is part of the dying race, humans. Over a hundred years ago the government created a genetically-advanced army to win the war but it backfired after the war when the soldiers began to change. They were uncontrollable with rage, attacked their own people and their outcast numbers became known as the Genesi. Soon enough they were too strong to fight off and the remaining humans created safe cities surrounded by large walls and shields to keep out the Genesi and keep their remaining people alive. Now in recent years, the government has decided they need to cure the Genesi instead of just trying to kill them. Luca's father was one of the top scientists working on a cure for the Genesi but that task led to his murder. Now, ten years later, Luca is preparing to join the military's elite task force and uncover why her father was murdered.

The first book from this series is only 226 pages so it will feel like it's going by so quickly when you read it, especially when every page is non-stop action! I really enjoyed this book because there are similar plots I've read and enjoyed before but this has an added bonus of having so much more to do with the "villain" on the outside of the walls. I loved the main group of characters but the Genesi are fascinating and I'm looking forward to learning more about them in the next book! The only thing that stops this book from being a five-star read for me is that it was a little difficult to get into the atmosphere of the book and story over the first thirty or so pages because the there was an "infodump" as they say where it's all trying to get the setup of the story out as quick as possible since there's clearly limited time in shorter books so there's no time to waste! It didn't bother me because clearly, you need to set things up but I just noticed that it was happening at the start of the book because the sentences were shorter and clipped compared to the rest of the book.

Luca came across as a cold character to me at first and very clinical but I think that's only because she spends every moment of her life working towards her goals so when the tension heightened you can also see that fragile side of her that suffers from anxiety and is constantly missing that part of herself that she can't remember. I hope we get to see her become a happier, more fullied person in the future books. I loved Harvey too before I even read the book because out of the pack of candles that were sent with the book his smelt the best (I could just smell that scent all day!) so I'm glad he lived up to his reputation in the book. I really felt for him at times because he devoted his whole life to helping Luca, his best friend, and she didn't really have the same awareness of him because she was so adamant on her revenge against whoever killed her father.

I was also a huge fan of Ren from the moment he walked into the room with that gentle demeanour but the strong intensity with Luca so I hope there's more from him. I'm also really torn on who I would ship out of all the characters. I actually think I'm team Ren and Luca (Couple name? Rena?) even if I love Harvey so much. I would love if Harvey found a really awesome person who was just head over heels in love with him! Thinking back over the book we didn't get too much character or relationship development because there wasn't much time for it with all the action so I'm definitely hoping for more cute scenes with my favourites together!

Overall, I was super happy with this book. It was such a fun experience and my imagination was just running wild throughout it wondering what would happen next and trying to figure out all the mysteries! The final chapters went extremely fast as the events began to unfold and everything happened faster than I could count. Then we were left with a very interesting ending that I'm sure will lead to an explosive sequel that I can't wait to read. I'm really glad that this book is part of a series because I can't wait to learn more about the Genesi and explore the characters further, especially the mysterious Samyaza!
Read more
Helpful
Report abuse

Amazon Customer
5.0 out of 5 stars Do you love futuristic, apocalyptic stories
Reviewed in Australia on 31 August 2017
Do you love futuristic, apocalyptic stories? Strong bad-ass leading ladies? Ever wanted to be part of a gang of rebels who fight for what they believe in? Then you need to order yourself a copy of The Genesi Code right now. It’s currently available for pre- order on Amazon, Booktopia and Book Depository and will be released on September 1st 2017.

Luka was only eight-years-old when her father, Christopher Foster, was murdered. Christopher had been working on a cure for the Genesi Code, which has plagued the human race since the government began experimenting on human D.N.A in an attempt to create a genetically-advanced army. Luka has spent the last ten years training for the military’s elite taskforce, known as the Delta Force, so she can uncover the truth surrounding her father’s murder. But along the way, she uncovers a truth about herself that she is not yet ready to face.

Could the truth surrounding Luka’s past be the key to curing the Genesi and ending the war? In the end, is revenge all that matters?

I was lucky enough to score a review copy of this awesome book (Thank you, Tristen). From the moment, I read the blurb for this book I was intrigued. I love post-apocalyptic worlds, and badass rebel groups who are out to save the world.

There’s quiet and loyal Lewis, arrogant Ian who was immediately suspicious of Ren and Luka, a mysterious Ren (who I fell in love with) and a dangerous badass named Samyaza (even though we only knew Samyaza for only a few chapters).

I really enjoyed getting to know the Earth in 2258 and how much it had changed due to the war. I am very excited to explore more of Canada and America in the next book.

With a few unexpected twists and turns that kept me on my toes, I flew through the book and cannot wait for the next book in the series. Tristen has done an amazing job with this book and I am so grateful that I was able to read this book and share it all with you!
Read more
Helpful
Report abuse
See all reviews

Alysa Hansen
4.0 out of 5 stars Great debut novel
Reviewed in the United States on 26 November 2017
Verified Purchase
This book was action-packed and a pretty quick read. The plot was well-developed and the characters were multi-dimensional. I particularly liked the main character Luka, who had a secret mission and was continuously keeping secrets from those around her. She was a fierce female character who worked hard to get into Delta Force. The other character that had me intrigued from the beginning was Ren. I found myself wanting to know more and find out why he was so mysterious and what made him tick. And then there was a character introduced at the end, which I wasn’t prepared for, who I need to know more about.

I also really enjoyed the bits of science that were included throughout the book. Overall this was a great debut novel and I can hardly wait to get my hands on the sequel.
Read more
Report abuse
See all reviews
Back to top
Get to Know Us
Make Money with Us
Let Us Help You
And don't forget:
© 1996-2021, Amazon.com, Inc. or its affiliates