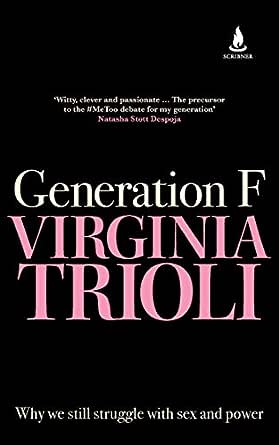 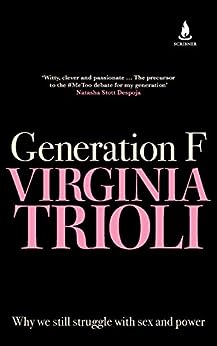 Generation F: Why we still struggle with sex and power Kindle Edition

Virginia Trioli is a journalist, broadcaster and author. She is a two-time Walkley Award-winner and lives in Melbourne with her husband and son.
--This text refers to an alternate kindle_edition edition.

Snapdragon
TOP 50 REVIEWER
5.0 out of 5 stars A good read: puts the problem neatly
Reviewed in Australia on 27 February 2020
Verified Purchase
In this updated version of her book, Virginia Trioli reviews the post #MeToo situation regarding sex and power, and it’s still rewarding to read her earlier analysis of the conflict surrounding Helen Garner’s The First Stone. She’s spot on when she says that the problem with Garner’s response to the Ormond College situation was in not recognising that the problem, really, was that in a patriarchal culture men can feel entitled to a little - or a lot - of sexual harassment. They have not been trained from birth to treat women as equals, as deserving as men of respect and dignity. Sure, the harassment meted out to the two girls by the college master may not have been severe, but there’s absolutely no reason for it to happen at all. The girls did try to get their complaints dealt with by the college, wanting only an acknowledgement, an apology and the promise that it wouldn’t happen again but like many institutions then and now, the college didn’t deal. We’ve just had the problems at St Kevin’s school put before us and the murder of Hannah Clark and her children.

Trioli spends time talking to old and new wave feminists and reviewing the gains made with new laws and police practices. The law can be a blunt instrument for tackling a people problem, as her interviewees delineate. Trioli also looks at the effects of collective bargaining in the workplace and the creation of “pink ghettos“. Australia has a bad record in getting women into top positions. Younger feminists often feel let down by older ones who have made it big but don’t mentor their younger colleagues. On a more personal note, Trioli examines the extent to which she and many others of us instinctively cover for men. These and other issues are succinctly analysed in what is still a very worthwhile book. And it doesn’t take all that long to read. Bravo, La Trioli!