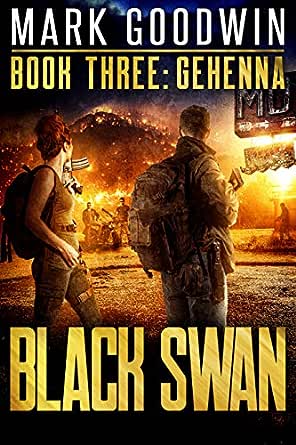 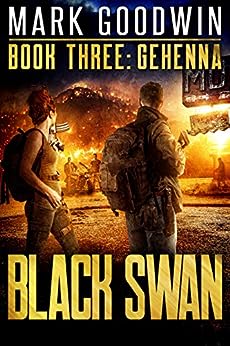 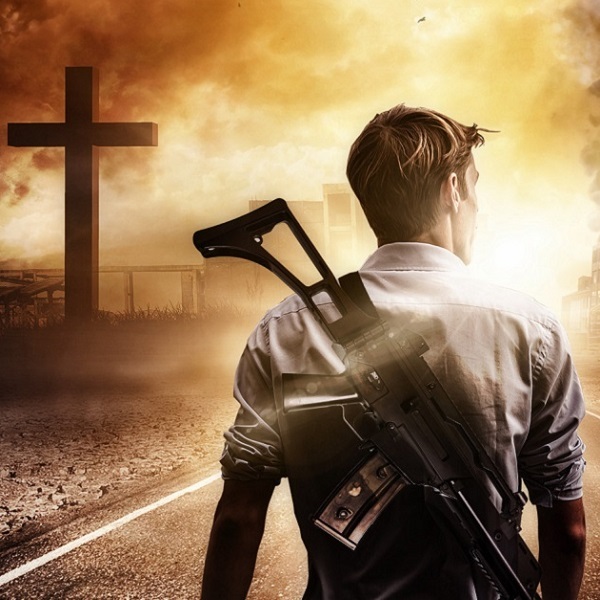 The same flames that consume the chaff will purify the silver.

Unlike many of the people in their compound, Shane, Julianna, and Cole are still alive. However, their trial by fire is far from over.

The replacement currency has failed and America is crumbling from within. Roving gangs scour the country, preying on small towns which are too weak and unprepared to fend off their carnivorous attacks.

When one such band of ruffians shows up in Sylva, NC, Shane and Julianna will have to strike a decisive blow before they are subjugated into slavery.

A spark has found a bed of tinder. The inferno of chaos may never stop burning.

If they are successful in their campaign against the lawless criminal biker gang, the next challenge will be taking on the IMF’s special commission, which is tasked with selling off all of the country’s assets in what amounts to a national bankruptcy. Profiteers swoop in like vultures ready to harvest the still-beating heart of America. With carte-blanche privileges, the pillagers make their own laws, take what they want, and force US citizens to carry out the abominable work of draining America dry of all her resources.

Will this blaze of destruction thaw Julianna’s frigid heart?

No matter how hard he tries to push it out of his mind, Shane can’t stop wondering what it would be like to hold Julianna in his arms. She has warmed somewhat, but still keeps him at arms’ length. Yet, the more he allows himself to dream about the family which could be, the more distracted he becomes from the mission at hand. If he fails to keep Julianna, Cole, and himself alive, nothing else will matter anyway.

As with all works by Mark Goodwin, this book contains no profanity and no embarrassing sex scenes. However, if you're offended by conservative principles and references to Scripture, this book might not be for you.

Kindle Customer
5.0 out of 5 stars Powerful series
11 December 2019 - Published on Amazon.com
Verified Purchase
Just finished the last book in this series and all I can say is wow! Believable action packed novel with many twists and turns. Just when you think all is lost, God proves He is there for the faithful.
Read more
3 people found this helpful

Gysgt Rick Roy USMC Ret.
5.0 out of 5 stars Good ending to a good fight.
8 December 2019 - Published on Amazon.com
Verified Purchase
Another great plot by Mark Goodwin! Mark rate my highest praise for his writing skills! GREAT characters, great plot twists, and no foul vernacular!
I wait for his books to be released.

Tony Campisi
5.0 out of 5 stars Love the series- Nice ending
10 December 2019 - Published on Amazon.com
Verified Purchase
Guess I'll just have to repeat my past reviews. Another great read. Always tons of action and plenty of Biblical reference.
Thanks Mark.

Serenity...
5.0 out of 5 stars ~~Excellent~~
17 January 2020 - Published on Amazon.com
Verified Purchase
My first novel by this author and have him on 'follow' now..Don't want to miss any future ones he writes.

I liked the action and the twists and turns.. Thought the characters were well developed and an excellent plot line.

What I really want to know is if this is the last book in the series. They usually come it threes, but their a lot of story left to tell in this one.
Read more
Go to Amazon.com to see all 39 reviews 4.8 out of 5 stars
Get FREE delivery with Amazon Prime
Prime members enjoy FREE Delivery and exclusive access to movies, TV shows, music, Kindle e-books, Twitch Prime, and more.
> Get Started
Back to top
Get to Know Us
Make Money with Us
Let Us Help You
And don't forget:
© 1996-2020, Amazon.com, Inc. or its affiliates