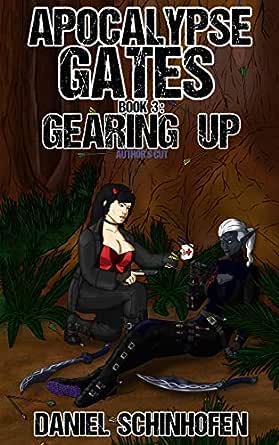 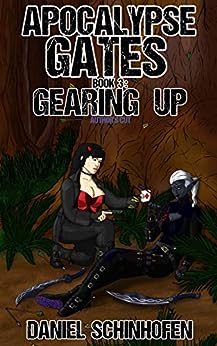 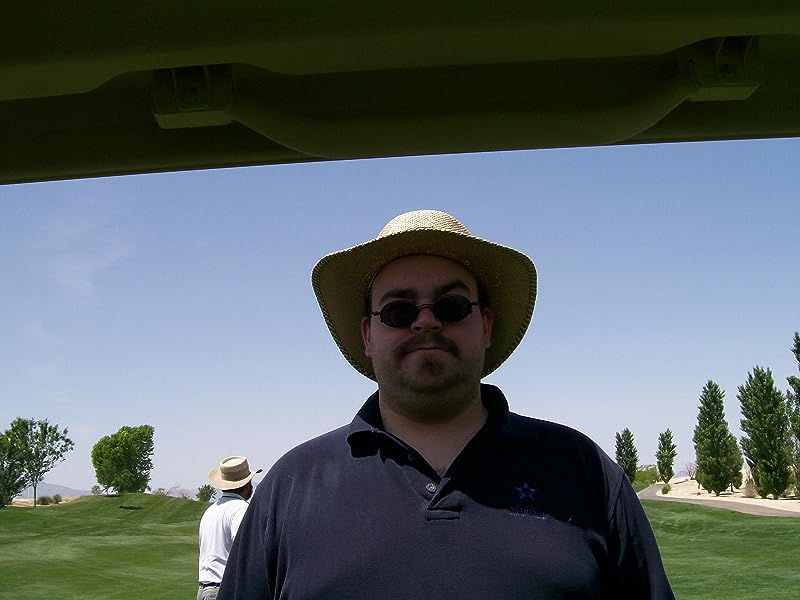 Now up to 60% off select clothing, shoes and bags
Save on top brands including Tommy Hilfiger, Calvin Klein, Armani, Lacoste and more. Shop now

Alvin had another rough week, but this time, he had Gothy with him.

Travelling from Utah to Nevada, they were able to set up two more Settlements. Then they had to visit the world of Fey to rescue the kids of the Beatty, Nevada Settlement. Just when things looked like they were going well, the Developers got involved.

With the very rules of the game changing, Alvin found himself in a new position. Gothy pledged herself to him through the game system, leaving her collared and bound to obey his every whim. Coming to terms with their new relationship, Alvin wondered what would come next.

He wasn’t expecting a road trip north to loot an abandoned town, nor the Dragon that guarded it. What came as the biggest surprise was the chance encounter with a fantasy race whose gate had opened. What would come of this fateful meeting?

Jace March
4.0 out of 5 stars Good book
5 December 2018
Format: Kindle EditionVerified Purchase
I really like the world the author has created and the game mechanics. I would have given it 5 stars but i find the relationship between the MC and his girlfriend to be waaaayyyyy too much.
Read more
One person found this helpful
Helpful
Comment Report abuse

Bernie T
5.0 out of 5 stars People
10 May 2019
Format: Kindle EditionVerified Purchase
God i love this book, wheres number 4, the hero is snarky, ill tempered and doesnt give a shit what poeple think of him. He is loyal and prtects his loved ones with a passion and great violence if they are theatned. Gothy is the perfect foil to him, a broken in her right person that loves and is loved.
Read more
Helpful
Comment Report abuse

Sunset Ridge
5.0 out of 5 stars Excellent addition to the series
3 December 2018
Format: Kindle EditionVerified Purchase
Daniel Schinhofen has three great series going, and this is one of my favourites. Great to be able to interact with the author on his Facebook page!
Read more
One person found this helpful
Helpful
Comment Report abuse

dylan
5.0 out of 5 stars Great release by a great Arthor
4 December 2018
Format: Kindle EditionVerified Purchase
The book is another great hit in a good series, a little different then the first two which is good and goes at a smooth steady story
Read more
Helpful
Comment Report abuse

Amazon Customer
5.0 out of 5 stars Addictive
13 December 2018
Format: Kindle EditionVerified Purchase
An anti-"Hero" that we can still like. An enjoyable romp in a post apocalyptic world ....
Read more
Helpful
Comment Report abuse

Dave
TOP 1000 REVIEWER
3.0 out of 5 stars Gaming Mechanics
4 June 2019
Format: Kindle Edition
Alvin & Gothy continue on with the sarcastic way of winning people over to their side. Annoyed at how the ‘game’ is continually changed, and how the developers appear to have a grudge against him, Alvin begins to use game mechanics to ‘break’ to games in new and inventive ways. Saving a Dark elf, they find a gate to an alternate world/universe and commence to ‘break’ that one as well.
Read more
Helpful
Comment Report abuse

Alan K
TOP 500 REVIEWER
4.0 out of 5 stars Great story but bondage is not my thing
3 December 2018
Format: Kindle Edition
I really enjoyed the main story but all the bondage sex scenes introduced in this book was not something I like or understand. Book 1 and 2 had fairly normal if sometimes a bit rough sex scenes but this book introduces a S&M dungeon room with equipment I have no knowledge of and no interest in. This is a personal thing, taking nothing from the rest of the story which I really enjoyed.
Read more
Helpful
Comment Report abuse

Amazon Customer
4.0 out of 5 stars Be better story if it skipped the sex
6 December 2018
Format: Kindle Edition
Read all three. Story is fast moving and entertaining, made even faster as I am lead to skip entire chapters due to repetitive and boring (to me) sex in the story. Prefer to keep forum and action stories separate. Maybe the author could eventually put out a condensed PG version based on the adventure alone as it's a cool take on the game world.
Read more
Helpful
Comment Report abuse
See all 12 customer reviews
Write a customer review

Go to Amazon.com to see all 142 reviews 4.3 out of 5 stars
Get FREE delivery with Amazon Prime
Prime members enjoy FREE Delivery and exclusive access to movies, TV shows, music, Kindle e-books, Twitch Prime, and more.
> Get Started
Back to top
Get to Know Us
Make Money with Us
Let Us Help You
And don't forget:
© 1996-2020, Amazon.com, Inc. or its affiliates