A Gathering Light and over 1.5 million other books are available for Amazon Kindle . Learn more
Share <Embed> 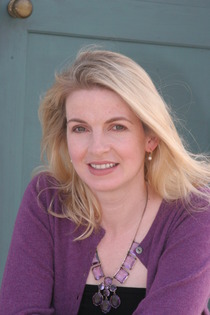 Page 1 of 1 Start overPage 1 of 1
Previous page
Next page
Start reading A Gathering Light on your Kindle in under a minute.

Jennifer Donnelly lives in Brooklyn, New York. This is her first novel and marks the beginning of an incredibly assured and confident literary voice.

4.4 out of 5 stars
4.4 out of 5
290 global ratings
How are ratings calculated?
To calculate the overall star rating and percentage breakdown by star, we don’t use a simple average. Instead, our system considers things like how recent a review is and if the reviewer bought the item on Amazon. It also analyses reviews to verify trustworthiness.

Janet Manuel
5.0 out of 5 stars A well-woven story
Reviewed in Australia on 19 July 2019
Verified Purchase
The threads of this novel are woven seamlessly. The letters of Grace Brown, the people around whom the story revolves and the inclusion of intriguing words from the dictionary make for an engrossing experience.
Read more
Helpful
Report abuse
See all reviews

ELI (Italy)
5.0 out of 5 stars Enchanting!
Reviewed in the United Kingdom on 25 August 2007
Verified Purchase
I've just finished this book and was totally absorbed by it. Two stories run on parallel grounds.
Set in the early 1900's, Mattie is a young lady very torn between her dreams of becoming a writer and family related responsibilities. To add to her dilemmas, she falls in love, feeling more and more confused.
Grace is another young lady whose body is found lifeless in the lake by the Glenmore Hotel, where Mattie works.
Both girls' tales entwine and merge in a clever and entertaining combination.

The prose is pictorial and detailed, conveying the surroundings, the characters and their feelings so nicely.
There's a little gem embedded in the beginning of each chapter, which is not numbered but starts off with the introduction of a new word, as part of a game that Mattie and her friend Weaver play every day to strengthen their vocabulary. Each word is irrelevant to the core of the story but there's always the appropriate space for it, a clever touch. I found myself playing along and testing my own vocabulary!

There are many themes in this book: poverty, racism, love, compassion, hope are but a few. The narrative is creative and clever, with very sad and very funny situations too. The sense of humour conveyed by Mattie is remarkable.

When I started it, I had avoided reading the summary on the back cover (a bit revealing I later realised), but I was glad I did, so that the last part of the book took me completely by surprise.
Definitely a timeless novel, I would suggest it for young readers too (15+).

P.S. A little note: "A Gathering Light" and "A Northern Light" are exactly the same book, the second one being the American original title. I was about to buy it when I realised they were the same. Just so you know.

KB
5.0 out of 5 stars A new favourite of mine
Reviewed in the United Kingdom on 28 February 2012
Verified Purchase
This is a new all-time favourite book of mine. Being well into my twenties, I'm actually surprised this book is considered a young adult book as I never thought of it like that while I was reading it. I loved the pitch-perfect evocation of this period in American history, the characters felt so real, and I truly felt myself entirely immersed in the plight of Mattie, the protagonist. I never quite felt as much of a connection with Grace Brown, the murdered woman Mattie encounters, but I don't think that matters much, as it is her affect on Mattie that is of real importance. Also, I really liked the way the two parts of the story were being told separately and at different speeds. That made me, if possible, even more keen to turn the pages to find out how the two parts of the story would finally merge. Can't recommend this book highly enough.
Read more
2 people found this helpful
Report abuse

Novel Resources
5.0 out of 5 stars Five Stars
Reviewed in the United Kingdom on 12 December 2015
Verified Purchase
A Coming of Age, Murder Mystery and Historical Fiction. This award-winning novel follows a 16-year old Mattie who is asked by a hotel guest to burn some letters, but then the guest turns up dead. Will the letters reveal the mystery? I can't recommend this novel enough! Try to get every and any teen to read it.
Read more
2 people found this helpful
Report abuse

Woodford Mum
3.0 out of 5 stars Quite good
Reviewed in the United Kingdom on 30 April 2017
Verified Purchase
Another book club choice. It was quite good, but clearly for young adults as not quite sophisticated enough for seasoned readers.
Read more
2 people found this helpful
Report abuse

Gen Aylott
5.0 out of 5 stars 5*
Reviewed in the United Kingdom on 28 August 2020
Verified Purchase
One of my all time favourites, beautifully constructed and authentic. I never tire of reading it over again. Simply gorgeous.
Read more
Report abuse
See all reviews
Get FREE delivery with Amazon Prime
Prime members enjoy FREE Delivery and exclusive access to movies, TV shows, music, Kindle e-books, Twitch Prime, and more.
> Get Started
Back to top
Get to Know Us
Make Money with Us
Let Us Help You
And don't forget:
© 1996-2020, Amazon.com, Inc. or its affiliates