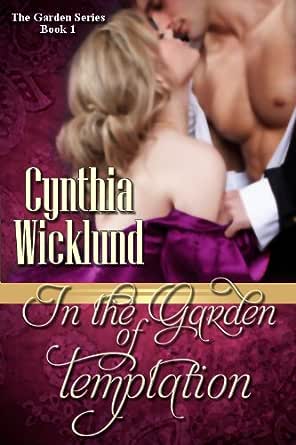 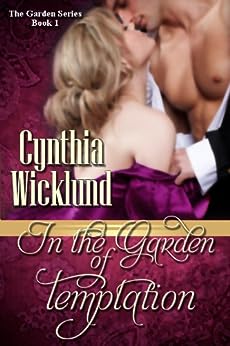 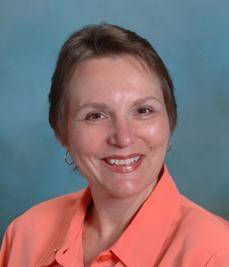 HONOR – Adam Stanford, Earl of Ashworth, has always done the right thing.
DESIRE – Lady Catherine Bourgeault, lonely and rejected, longs to experience passion, to love just once in her life.
TREACHERY – The Baron Bourgeault, to what extremes will an obsessive, unstable man go to achieve his own dark ends?
SEDUCTION – In the face of a love that will not be denied, Adam and Catherine risk everything to be together.
BETRAYAL – What price must Catherine and Adam pay for a forbidden love in a time when honor meant everything?

EXCERPT:
Catherine didn’t know if she wanted to tell Lord Ashworth about her retreat. She had come upon it not long after her marriage to Edgar, and it had offered her the only peace she was to know for a long time.
It was dangerous to share the only thing that belonged to one. Yet the thought of spending an afternoon with the earl in her most treasured place, sharing a leisurely meal, beckoned her. She glanced shyly over her shoulder to see if he still followed.
Lord Ashworth rode only a few yards behind her horse, and he grinned when their eyes met. He had a lazy, sensual smile and, when he looked at her like that, she felt an odd breathless catch in her throat. She wondered how it would feel if he were to place those warm lips to hers instead of the back of her hand.
Oh dear! There went that catch again.
Within moments they entered a clearing. Catherine dismounted without waiting for the earl’s assistance and swung her arms wide as she turned in a circle about the shaded copse.
“What do you think?” she asked.
The earl, still astride, cast his gaze slowly around the tiny glen as he studied the scenery. He then turned his attention to Catherine but did not speak. A suggestive grin broke the calm of his expression as he continued to watch her.
“More beautiful than I could have imagined,” he murmured.
Simple statement that, but it held a wealth of meaning. Catherine dropped her arms while staring back in fascination. Her mouth fell open and her breathing quickened. The air vibrated with unspoken words as they shared a moment of absolute understanding. The specter of desire had been brought into the open and was acknowledged.

Experience IN THE GARDEN OF TEMPTATION today. Meet characters you'll visit again in the other books in this series.

Just Released: THIEF OF SOULS
Dark and sensual, Thief of Souls is one man's battle with evil for the fate of his humanity. It is a modern vampire-esque romance, gothic in tone, with a twist on the "Beauty and the Beast" theme, for the beast's ugliness resides on the inside rather than the outside, and his hope for redemption comes not from being loved by another but from discovering his own ability to love.

Sar_C
4.0 out of 5 stars Worth a read
21 January 2015
Format: Kindle Edition
I'm not going to pretend that this story was perfect, the plot was flawed in places and very predictable in others. However, something about Adam and Catherine's story draws you in and the writing was so well done you can forgive the author a few artistic liberties.

In the Garden of Temptation is one of those romance novels where you can absolutely feel the passion and the love blossoming between the characters. For that, it's definitely worth a read and I will be searching out more from this author.

Amazon Customer
2.0 out of 5 stars Well written story, but I don't like the infidelity theme of the book.
24 April 2012 - Published on Amazon.com
Format: Kindle EditionVerified Purchase
---WARNING - This review contains some spoilers---

The book was well written grammatically and character development was very good. In the beginning of the book, I had some sympathy for Catherine the heroine, trapped in a loveless marriage with a man who was mentally abusive. I even disliked Edgar, her husband, until I find out why he acted the way he did.

I started losing my sympathy for Catherine though, after her first sexual encounter with Adam. Perhaps, one sexual encounter could be forgiven, as her husband more or less set up the scene for it. But it becomes inexcusable when she goes to London and becomes Adam's mistress. This book would have been OK for me but I couldn't get over Catherine's infidelity, which made the book distasteful to me. The writer tried to paint Adam as an honorable man by mentioning that several times in the book; but honorable men don't set up other men's wives as mistresses - no matter the provocation. I would have had more respect for him, if he had kept away from Catherine, even if he was in love with her. I could see little evidence that it was love - not lust - that drew him to her.

I find the ending of the story unforgivable: after more or less causing Edgar's death, Adam climbs into bed with Edgar's wife, in Edgar's home, and falls asleep with her. I found that to be very insensitive, unbelievable and unreal. I mean, who does that? Even if he were the nastiest husband on earth, which Edgar certainly wasn't, as he never physically assaulted his wife, she should still have been given some regard in her own home. What would the servants say (I assume they were present)? And I believe Adam could have taken more steps to protect Catherine's reputation by not going away with her before her time of mourning for her husband was over. There were just too many holes in the story to make it a realistic Regency story with Regency values (which is the main attraction of historical stories).

After finding out the reason why Edgar behaved the way he did, I pitied him. It is difficult to hate the victim of abuse, and if the author's intention was to make us hate him, she didn't succeed. I just felt really sad about the whole situation, and that is why I give the book two stars. The plot needs more work to generate real enthusiasm for the star crossed lovers. The story would have been better told as a modern day romance.

Rebecca
2.0 out of 5 stars Chore to read
11 February 2013 - Published on Amazon.com
Format: Kindle EditionVerified Purchase
I couldn't bring myself to finish this book and believe me I tried. My first attempt I literally skimmed through the book to get to the end. My second attempt I finally gave up halfway through. The author's writing style is to give a blow-by-blow account of EVERYTHING that happened, was said, or was thought, so for me, the story was much longer than it should have been. Catherine was portrayed as having a fear of her husband, but nothing I read indicated that he was in any way abusive towards her. Distant, yes. Withholding of affection, definitely. Lacking manners, of course. But never abusive. I couldn't get a handle on Adam especially when his lust overtook him (I literally grimaced reading some of his scenes, and I'm no prude). Speaking of which, the few sex scenes I read left plenty to be desired. The only reaction I felt reading them was the need to roll my eyes. Perhaps this was the wrong first choice for this author but I'm unfortunately not inspired to read any more of her work, and this book will most probably be deleted from my library.
Read more
6 people found this helpful

North
5.0 out of 5 stars A regency novel with gothic undertones
19 May 2011 - Published on Amazon.com
Format: Kindle EditionVerified Purchase
Catherine has been married for the last seven years to Baron Bourgeault, a man with serious character flaws. He is rude, overbearing, drinks to oblivion on a regular basis and forces her to dress in a vulgar manner and entertain his guests. She is struck in a broken down castle, with little help from her servants and even has to endure the lack of respect from her spouse's valet.

Unable to suffer the touch of another human being, even his beautiful wife, the Baron cannot bring himself to consummate his marriage. Wanting an heir, the baron conceives a trap for Catherine.

This is a remarkable regency novel, which manages to blend very modern concepts with accurate historical customs and values. The story is interesting from the first chapter to the last, all the characters are very well done and entirely believable. This is a bit dark so don't expect only flowers, hearts and butterflies. It is still a romance so, of course, all ends well.

Alison Flores
4.0 out of 5 stars A Bittersweet one for me
5 June 2013 - Published on Amazon.com
Format: Kindle EditionVerified Purchase
Lady Catherine Bourgeault and Adam Edward Stanford, Sixth Earl of Ashworth, find themselves in a forbidden love affair. Catherine is trapped in a marriage with the evil Edgar Bourgeault. Adam is determined to save her, but there's a great deceit that lies behind the whole scandal.
The story is one that grabs you fairly early in. Then the anticipation just builds from there. This story is both heart-warming and heart-breaking. The characters were well-developed, and none of them change personalities to fit the plot. I enjoyed watching how Edgar's full character was slowly revealed. So much of the story is built around his character. I was left angry with the things he'd done, and yet wishing he could find the help he needed.
The love between Catherine and Adam was well-depicted, but I did think the love scenes left a lot to be desired. For instance, for Adam not to realize Catherine was a virgin, or to just notice she was in pain, seemed insensitive and didn't fit for someone in love. For those interested, there are sex scenes, but they aren't what I'd call explicit by any means. Let me also note that there's some strong language, but it's not used heavily throughout the novel.
The plot was what I found most intriguing. It had a bittersweet ending for me, but others might just say it was a happy ending. To me, the storyline is very unique for the classical time period that the book is set in. The plot was really driven through Edgar, and it was his character that really kept me most intrigued.
While I wouldn't go so far as to say this is a "great" book, it was an enjoyable read. Let me note here that I usually dislike books that seem to glorify affairs, but this didn't have that feel for me. I definitely look forward to reading more by Cynthia.


Read more
One person found this helpful
Go to Amazon.com to see all 507 reviews 4.1 out of 5 stars
Get FREE delivery with Amazon Prime
Prime members enjoy FREE Delivery and exclusive access to movies, TV shows, music, Kindle e-books, Twitch Prime, and more.
> Get Started
Back to top
Get to Know Us
Make Money with Us
Let Us Help You
And don't forget:
© 1996-2020, Amazon.com, Inc. or its affiliates