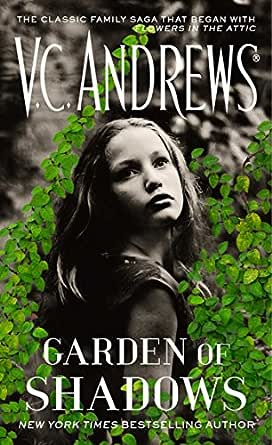 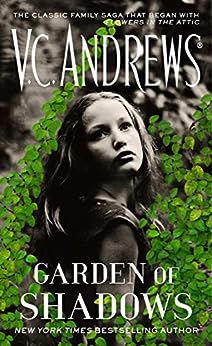 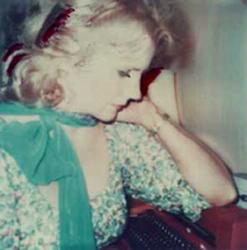 Virginia Andrews lived in Norfolk, Virginia, studied art and worked as a fashion illustrator, commercial artist and portrait painter. Flowers in the Attic, based on a true story, was her first novel. It became an immediate bestseller on both sides of the Atlantic when it was first published in 1979. Virginia Andrews died in 1986, leaving a considerable amount of unpublished work. --This text refers to the paperback edition.

‘Beautifully written, macabre and thoroughly nasty… it is evocative of the nasty fairy tales like Little Red Riding Hood and The Babes in the Wood, with a bit of Victorian Gothic thrown in. … What does shine through is her ability to see the world through a child’s eyes’ Daily Express

‘A gruesome saga… the storyline is compelling, many millions have no wish to put this down’ Ms London

4.6 out of 5 stars
4.6 out of 5
773 global ratings
How are ratings calculated?
To calculate the overall star rating and percentage breakdown by star, we don’t use a simple average. Instead, our system considers things like how recent a review is and if the reviewer bought the item on Amazon. It also analyses reviews to verify trustworthiness.

Tania
4.0 out of 5 stars Garden of Shadows is only second to Flowers in the Attic. It will haunt you.
Reviewed in Australia on 3 September 2015
Verified Purchase
I remember reading Flowers in the Attic many years ago. When I finished reading the book it haunted me for many days. Yes, it can be seen as a trashy novel but in its field it is the best of its kind. I have also ready Petals on the Wind. It was ok, the novelty of the first book experience had worn off and it was 'nice' to see how they continued their lives after their escape. Many years later I tried to read If There Be Thorns and couldn't finish it. I found Bart incredibly annoying and it seemed to be banging on about the same thing over and over again. I didn't even bother to read Seeds of Yesterday. So I recently read Garden of Shadows. I wished I had read that book straight after Flowers in the Attic. The grandmother's perspective was superb.

In no way do I feel sorry for Olivia (grandma) or excuse her for what she did to those children. She may have had a different life if she didn't marry Malcolm (grandfather) but she was cold from the beginning. Being social awkward wasn't her fault but she had come from a decent home, and was very well educated and she didn't need to marry for money. Divorce back then was not common and her religious views kept her from leaving Malcolm and the real tragedy is that she did love him....in the beginning anyway.

She may not have been cruel like Malcolm but the tragedies that happened along the way and her twisted ways of getting revenge on her husband sealed her own fate. At times you do pity her especially when she would compare herself with others and found herself lacking. It was really sad how she based most everything on looks and not on attitude and personality and automatically predicted that she didn't have feminine charm. She would contradict herself in calling 'attractive women' charming and small minded and then wish she was like that as well. I think she could have been very much like the women she envied. She had intelligence and confidence in managing people but being socially awkward and having no friends she did not expand on that social part of her personality. She withdrew into religion with the help of John Amos.

The real tragedy is she closed her heart slowly throughout the years when she married Malcolm and that harden her to the woman you see in Flowers in the Attic. I think in being married to a man like Malcolm she had to find a way to survive and that was to take control the only way she knew how. Through fear and judgement. That’s how she became the ‘Grandmother.’
Read more
Helpful
Report abuse

Christine49
5.0 out of 5 stars Five Stars
Reviewed in Australia on 5 June 2015
Verified Purchase
I thought it was great as it gave you an insight into why the mother was like she was.
Read more
Helpful
Report abuse

Mrs Helen S Leecy
4.0 out of 5 stars Dollanganger Book 5
Reviewed in the United Kingdom on 5 February 2021
Verified Purchase
This is the final book in the Dollanganger series and this time we have gone back in time to ‘the grandmother’s’ origin story.
Olivia is an ordinary girl, tall and not much to look at, so when she catches the eye of Malcolm Foxworth, she thinks all of her dreams have come true, and she is loveable after all. She is in for a harsh shock when they start their lives together at Foxworth Hall, and it is the beginning of what will become a harrowing story for the Dresden Dolls, as they will pay the ultimate price in the deception and corruption that begins here.
I didn’t think a story about Olivia was needed, we know what she becomes, but this story does fill us in on the whys and hows. Her sweetness is chipped away at over the years until she is left as nothing more than the grey column of slate that she is in ‘Flowers in the Attic’. There are also a few surprising shocks, so I’m glad there was a book after all.
I did think it was a shame she allowed herself to become such a harsh creature, she loved her own children, and she loved Christopher and Corrine. She could have embraced her grandchildren and had more love and joy in her life. She could have ignored her worries and been happy.
There were quite a few small plot holes mainly concerning John Amos. In this book, he is portrayed as being older than he could have been. When Chris is hiding behind the sofa in ‘Flowers in the Attic’, John comes in and seduces a young girl. He is described as a young man himself; however, his actions and knowledge of the family don’t fit how he is portrayed in this book. Also, in ‘If There Be Thorns’ he waxes lyrical about the God-fearing Malcolm and how he looked up to him, however, it is the opposite, John was the religious one, and he influences both Malcolm and Olivia.
I know this was written by the ghostwriter and not Virginia Andrews herself, but it wouldn’t have been difficult to have read the first books first before delving into this one and getting the continuity perfect.
The ending is somewhat rushed; I know we know how it ended as it is how the series begins. However, I wanted more. Olivia’s final transformation happens so quickly; it is hard to believe she manages to keep it up and not succumb to her grandchildren’s wiles. I almost wanted the book to continue to see her full reasoning and emotions throughout the three years the children were locked up. However, this was not meant to be, and the book ends quite abruptly.
I am quite sad to be leaving this world behind once again. I know there are three more books, two centring around Chris’ diaries and one following Corey who isn’t dead. However, none of these were written by Virginia, so I wonder if this is what she intended for Corey? In addition, the reviews for these books are quite abysmal, so I have decided to give them a miss this time around, maybe one day in the future when I reread this series I will give them a go too. However, for now, I bid farewell to this very messed up family.
Read more
Report abuse

Angel
3.0 out of 5 stars Not Necessary
Reviewed in the United Kingdom on 5 April 2018
Verified Purchase
I loved the early books in this series so thought I had to read this as the final one. It did not seem to tie in properly with the earlier books. I would have been happier leaving it at just having read the 4 it does not add to or improve the story.
Read more
Report abuse

Nicky
5.0 out of 5 stars Brilliant
Reviewed in the United Kingdom on 25 January 2017
Verified Purchase
I chose the rating of five stars because I read it twice before and I'm going to read it again. It is a shocking story but after awhile it's a book that I would read again and again like all the Dollanganger family books. I would tell my friends about the book as well. I love all Virginia Andrews books too.
Read more
Report abuse