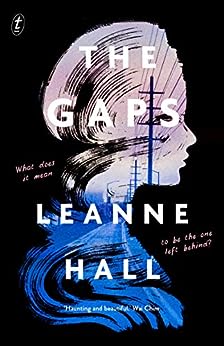 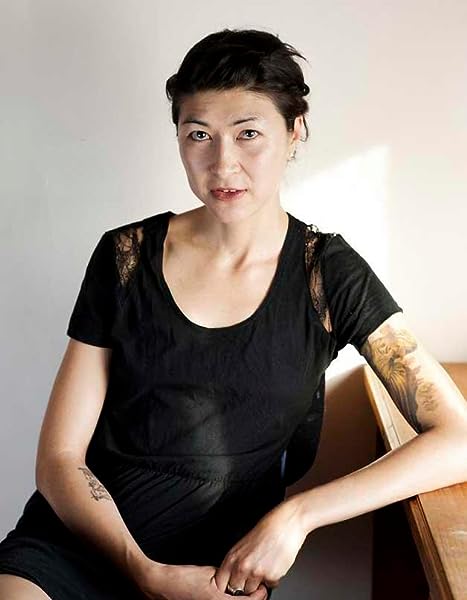 Based on true events, this compelling YA novel by award-winning Melbourne author Leanne Hall examines grief and guilt in the aftermath of a community tragedy --This text refers to the paperback edition.

Leanne Hall is an author of young adult and children's fiction. Her debut novel, This Is Shyness, won the Text Prize for Children's and Young Adult Writing, and was followed by a sequel, Queen of the Night. Her novel for younger readers, Iris and the Tiger, won the Patricia Wrightson Prize for Children's Literature at the 2017 NSW Premier's Literary Awards. Leanne works as a children's and YA specialist at an independent bookshop. --This text refers to the paperback edition.

Snapdragon
TOP 10 REVIEWER
5.0 out of 5 stars Excellent
Reviewed in Australia on 23 March 2021
Verified Purchase
This is a stunning novel in lots of ways. The seven years of writing was worth it. Chloe is the half Asian scholarship girl at Balmoral Ladies’ College. Natalia is the Year 10 Bitch Queen. When Yin Mitchell is abducted the girls are sad, worried, afraid and occasionally theatrical about it, as 16 yo girls tend to be. As the weeks drag on, it seems more and more likely that Yin won’t be coming back. Chapters alternating between Chloe’s and Natalia’s points of view detail the actions and reactions of students, parents and others. The tone established by each girl feels exactly right. Although life is tough for the nearly invisible Chloe, it’s Natalia who comes across as a complex personality with a high degree of insight into her own behaviour. We learn that in Years 4, 5 and 6 she and Yin were exceptionally close. It also seems to us that she’s veering towards breakdown territory.

Chloe works on a major art project, influenced by Jim Henson, her mother’s crime novels, a TV series about a dead girl with secrets in a country town that Natalia and her gang like and other sources. She is bossed by Natalia into letting Natalia be the model in a somewhat disturbing photo entitled Someone’s Watching. It is, of course, a feminist comment as well as an unconscious reference to Yin. You wouldn’t call the two girls friends exactly, but there is rapprochement now. The school principal bans the work from the school exhibition after a complaint by a student, ending Chloe’s hopes of winning the art prize. Natalia responds with formal protests, her anti-establishment attitude in full swing. Chloe and the complainant find rapprochement too in a nice piece of wisdom.

No spoilers about the end, but it does involve tears and a lot of dwelling on how young women are portrayed and valued. As Natalia says when the school brings in a woman to teach them self defence, how about giving boys classes in not attacking women? This is a really classy novel that is sane, insightful, satisfying and really gripping. And PS: it also puts on display the differences between a state school and a well-funded private one.
Read more
Helpful
Report abuse

Ellie D
5.0 out of 5 stars Compelling & well-written YA
Reviewed in Australia on 12 May 2021
Verified Purchase
The Gaps by Leanne Hall is about as close to a perfect book as you can get. Relevant, contemporary and relatable, it follows Chloe and Natalia, two high school students who are left reeling and grieving in the wake of their classmate’s disappearance.

I loved how original and powerful the style of The Gaps was. I’ve read (lots of!) crime fiction that is driven by the authority figures solving the crime, I’ve read books written from the perspective of the victim; but what I haven’t read before is a book from the perspective of those left behind, particularly young women. Rather than focussing on the crime and mystery itself, Hall explores the effects of a disappearance on the people close to the victim: their guilt and hope; how they cope and continue on with their lives while feeling the absence of the missing person. Allowing the voices of two teenagers to tell this story really resonated with me, giving power to those that are often ignored when tragedy strikes.

Hall navigates difficult subject matter in such a delicate and respectful way, drawing from her own experience and trauma from a similar crime during her teenage years. As a reader, I could really feel the truth and authenticity of what she wrote.

It was only in retrospect that I realised The Gaps is a YA novel, so for those of you who don’t typically read YA (I have to admit that I fall into that category), don’t let it deter you. This book is for all women, young and old, who have watched other women fall victim to terrible crimes and have felt helpless.

If you pick up a copy of The Gaps, I highly recommend listening to Leanne Hall’s guest appearance on the Better Words podcast, where she speaks in detail about The Gaps and her writing process.

Jennifer
TOP 10 REVIEWER
4.0 out of 5 stars ‘Where do they go, those girls that accidentally fall through a gap in the universe?
Reviewed in Australia on 3 March 2021
What’s on the other side?

When news breaks of sixteen-year-old Yin Mitchell’s abduction, several of the Year 10 girls at Balmoral Ladies College have their own theories about who and why. Meet Chloe and Natalia, two quite different girls reflecting different aspects of the school community. Chloe is new to the school, a scholarship student, torn between the opportunities Balmoral offers and her friends at her previous school, Morrison High. Natalia belongs in the private school community: she is wealthy and seemingly self-assured.

Previously a girl from the school community had been abducted, but she had been returned within twenty-four hours. As time passes, everyone fears that Yin will not be seen alive. And the theories about who has taken Yin and why become more prevalent. Conspiracy theories develop, and various males are suspected.
In the meantime, and amid the tension, Year 10 life continues. School work needs to be done; Chloe works hard but needs inspiration for her art project. Chloe’s art project, and Natalia’s involvement, is a story of its own.

Ms Hall takes the reader into a world of emotion and uncertainty, where alliances and friendships can be brittle. Her main characters are well developed, their concerns understandable, their fears palpable. And while Yin’s abduction is at the heart of the story, it is the impact of the abduction on the others that carries the story forward. There are plenty of issues to consider: how would a school community handle such an event; what precautions should parents and students realistically take and how can any pretence of normality be maintained?

Ms Hall has written a thought-provoking novel which, I think, will appeal to more than its intended YA audience.
Highly recommended.

Jennifer Cameron-Smith
Read more
One person found this helpful
Helpful
Report abuse
See all reviews
Back to top
Get to Know Us
Make Money with Us
Let Us Help You
And don't forget:
© 1996-2021, Amazon.com, Inc. or its affiliates