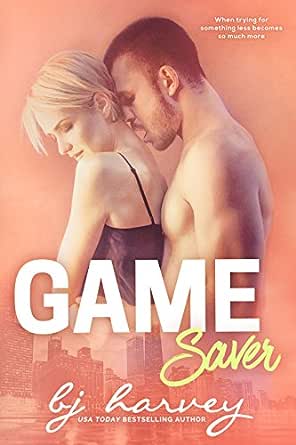 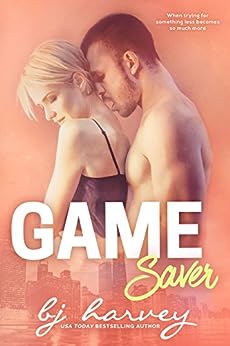 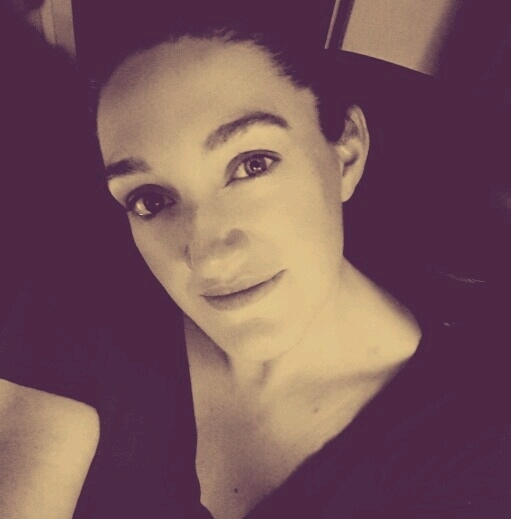 KathyC
5.0 out of 5 stars Great Read
Reviewed in Australia on 21 October 2019
Verified Purchase
Loved this story!
Despite not reading the books before this I wasn’t left wondering what I’d missed (in saying that I am going back to start from the beginning cause it’s awesome!)
Loved the Couple loved the story
Just brilliant
Read more
Helpful
Comment Report abuse

Kindle Customer
5.0 out of 5 stars Mother Buffer!
Reviewed in Australia on 23 September 2016
Verified Purchase
Loved this book! Thinking this was the last book of the series I find out there is more! Cade and Abi start off with being a fake couple, which is fine because it comes with benefits. What they don't realise, is that they are perfect for each other!
Read more
Helpful
Comment Report abuse

BecP
TOP 1000 REVIEWER
5.0 out of 5 stars Yummy hot yummy
Reviewed in Australia on 29 May 2017
Verified Purchase
Oooh my yes BJ Harvey does it again. Cade carsen needs help to keep his parents off his back in walks Abi. What happens? I won't give it away you need to read to find out
Read more
Helpful
Comment Report abuse

Game Saver brings us Dr. Cade Carsen and Abi Cook and is book 3 in the Game Series by BJ Harvey which is also a spin off series to the Bliss Series.

Dr. Cade Carsen oozes sex appeal and I loved every page of it. Abi Cook is independent, funny and sassy. Both have gone through a lot in their lives, but have come out stronger.

It's been over ten months since Abi and Cade had a hot one night stand, It was supposed to stay just that. Cade was always so busy with work, never having time for a relationship. But now that Abi is back in his life he wants things to be different. He let her go ten months ago, he isn’t willing to let it happen again.

Cade wants Abi to be his pretend girlfriend to get his parents off his back, in exchange he is offering Abi as many mind blowing organisms that she can handle. As Abi and Cade spend more and more time together, getting to know one another their ‘fake’ relationship starts to be come more than that.

I really loved ready this book, and I can not praise it enough. The only thing I can say is that I did feel the ending was a little rushed and it could have wrapped up a few things. But other than that I think Cade and Abi might be my new BJH favourite couple.
Read more
One person found this helpful
Helpful
Comment Report abuse

Gemma
5.0 out of 5 stars Loved Cade and Abi
Reviewed in Australia on 25 August 2016
I absolutely love B.J. Harvey's books and Game saver is another incredible addition to the game series. Game Saver can be read as a standalone, however, I suggest reading the other books first to understand who some of the characters in the book are. I do not think 5 stars is enough to express how much I enjoyed this book. Game saver was an incredible enjoyable read that had me captivated from the start. I love the idea of books that have the couple pretending to be in a fake relationship and the couple start to develop feelings for each other.

I have been intrigued by Cade and Abi since the first 2 Game books in the series and was so excited to find out they had their own book. Cade and Abi was a dynamic couple together and had me laughing so much with their banter. There was so many hot and steamy moments between the characters. I loved the way Abi and Cade just fit together and the chemistry between them was of the chart.

I absolutely loved Abi and the way thats he didn't care what people thought of her and done what she wanted. She was a strong characters and she had so many humorous things to say that she had me laughing so many times. I have been interested about Cade or also known as Dr.Hottie since Game Player. I loved the way that Cade was complete different to his family and he didn't let their opinions matter to him. Cade was an incredible hot character and was incredible good dirty talker.

Game Saver is one of my favourites written by the author so far and was easy to get lost in. B.J. Harvey has the incredible ability to write a story that you can get lost in and is a testament to her fantastic writing ability. It was great to be able to read about the other characters from the game and bliss series and see what they are up too. I cannot wait to read what happens next in the series.
Read more
Helpful
Comment Report abuse

paddlefoot1397
TOP 10 REVIEWER
5.0 out of 5 stars Game On! BJ Harvey does it again
Reviewed in Australia on 25 August 2016
Yes!! A new book in the Game series. Not gonna lie, I love the Bliss series, but I seriously LURRRVE the Game series.

And each book keeps getting better and better.

Abi and Cade were everything and more that I could want in my lovelies. She is feisty, sassy, has a mouth on her and doesn't give a crap what anyone thinks.

He is smoking hot, smart and so not what you would expect him to be.

And when they get behind closed doors... phew, is it getting hot in here. Proximity lust from the pheromones flying between them!

Friends to lovers is one of my favourite romance tropes at the moment, and this one ticked all the boxes. And it was... omg you won't believe it.. it was free of angst! NO, seriously! Was everything easy peasy for them? did they have hurdles to jump? Hell yeah, but one of the things I adored the most about them is that they acted like adults and - are you sitting down? - they talked shit out. Communication is a wonderful thing!

I love that we got more of the guys and gals from the Bliss and Game series. This group is a bit incestual (without the actual incest!!) with the way they all kind of form relationships among their family and friends.

And it just makes them all the closer, and their conversations all the funnier.

Even though this is the 3rd book in the Game series, it could be read as a stand alone as there is enough information about the characters to get you through who is who. But then again, what would you want to miss out on any of the mayhem and madness that surrounds them.

I devoured Game Saver in one sitting, and now I am impatiently waiting for what Ms Harvey brings us next.
Read more
Helpful
Comment Report abuse
See all reviews

Kindle Customer
5.0 out of 5 stars Brilliant series
Reviewed in the United Kingdom on 4 March 2019
Verified Purchase
I loved Cade and Abi's story. From the very first time they got together in Game Maker, I was hoping we would see more of them.
They don't start out in a 'traditional' way, their relationship being more of an arrangement that is beneficial to them both in so many ways!
Cade comes from a prominent family in society and Abi comes from a very close family. Her mother was hilarious, her brother's were typically protective. On the other hand, Cade's parents are your typical society snobs. Despite this, Cade and his siblings all have their heads screwed on and look out for each other.
This series is brilliant because it is pure escapism at it's best. It is funny, swoon worthy, and has the power to give you sore cheeks as a result (get your mind out the gutter, I meant you will have a permanent grin on your face when reading!)
Read more
Report abuse

L beaver
4.0 out of 5 stars Okay read
Reviewed in the United Kingdom on 17 July 2019
Verified Purchase
Cade is now a doctor and when he sees Abi in a bar he wished he hadn't let her go the first time they hooked up. Sex with her had been really good and they agreed on a mutually enjoyable time without commitments until Cade started wanting more. They started dating and he realised he was falling in love with her. His parents were not happy and tried to pay her off and generally get rid but it didn't work.
Read more
Report abuse

kazw
5.0 out of 5 stars Great read
Reviewed in the United Kingdom on 14 August 2019
Verified Purchase
Brilliant book well written and a great cast of characters thoroughly enjoyed reading this will read more by this author
Read more
Report abuse

karen coates
5.0 out of 5 stars Can a book be hot and sweet
Reviewed in the United Kingdom on 16 July 2019
Verified Purchase
This book feels like real life more then any other of read you feel the heartache the pain the joy all at the same time .read this book in a couple of hours just couldn't put it down very unlike me
Read more
Report abuse

Margaret Lander
4.0 out of 5 stars Great story
Reviewed in Canada on 24 July 2019
Verified Purchase
Great story. True love can find a way of turning up where you least expect it. A chance meeting turns this couple upside down. Great chemistry. Hot love scenes.
Read more
Report abuse
See all reviews
Get FREE delivery with Amazon Prime
Prime members enjoy FREE Delivery and exclusive access to movies, TV shows, music, Kindle e-books, Twitch Prime, and more.
> Get Started
Back to top
Get to Know Us
Make Money with Us
Let Us Help You
And don't forget:
© 1996-2020, Amazon.com, Inc. or its affiliates