A Game Of Chance (Bestselling Author Collection) and over 1.5 million other books are available for Amazon Kindle . Learn more
Share <Embed> 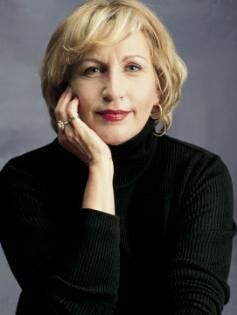 Page 1 of 1 Start overPage 1 of 1
Previous page
Next page
Start reading A Game Of Chance (Bestselling Author Collection) on your Kindle in under a minute.

4.6 out of 5 stars
4.6 out of 5
338 global ratings
How are ratings calculated?
To calculate the overall star rating and percentage breakdown by star, we don’t use a simple average. Instead, our system considers things like how recent a review is and if the reviewer bought the item on Amazon. It also analyses reviews to verify trustworthiness.

Elaine Friese
5.0 out of 5 stars A Game of Chance.
Reviewed in Australia on 7 March 2020
Verified Purchase
This is the second time I have read this book and I must say I enjoyed it as much this time as I did the first time. Nora Roberts is a wonderful writer and I hope to read many more of her books. Superb!
Read more
Helpful
Report abuse

Mrs Mac
4.0 out of 5 stars Love those McKenzie's.
Reviewed in Australia on 24 July 2020
Verified Purchase
I have 5 stories of this family and I have really enjoyed them all. Thank you Linda Howard, keep up the good work.
Read more
Helpful
Report abuse

Liz Celotto
5.0 out of 5 stars Linda Howard at her best.
Reviewed in Australia on 23 November 2020
Verified Purchase
Have had this book for years, now have added it to my kindle library, the Mackenzie series is one of my favourites, if you haven't read it do yourself a favour and do so, you won't be disappointed.
Read more
Helpful
Report abuse

jamoz23
TOP 100 REVIEWER
3.0 out of 5 stars I just want to beat Chance with a heavy skillet at times.
Reviewed in Australia on 13 June 2020
Boy oh boy. Though overall enjoyable, I just want to beat Chance with a heavy skillet at times.
I just don’t feel any emotion on Chance’s side, he is continually thinking how doing something will affect the mission.
Poor Sonia/Sunny. She had no control over who her father is but is exploited due to genetics.
She is extremely intelligent, capable and street smart. She has sacrificed so much to keep her younger sister safe, with no thanks from the sister either. Margreta never puts in an appearance, even at their wedding.
Sunny put things together very quickly at the end but was shot and too weak to tell Chance to take a hike.
She did put up a good fight for a while but forgives him without a real apology, once he tells her about his childhood.
A bad childhood does not excuse using someone to further your own cause.
IF Chance had really grovelled, I would have forgiven his actions but we don’t even really get a decent sorry, more of a “but I needed to do it.”
Though I own this book I reread it in the eBook box set through my library. I lost my paperback versions of these books in a house move.
Read more
One person found this helpful
Helpful
Report abuse
See all reviews

Minniti Giulietta
4.0 out of 5 stars A guilty pleasure
Reviewed in the United Kingdom on 3 February 2020
Verified Purchase
The headline more or less sums up the book's appeal and that of all Linda Howard books. So who cares. There is a certain positivity to knowing what the book is going to be like - have never made the wrong guess - and knowing that this will happen on page whatever and that on page … This is very helpful when all is topsyturvy.
Read more
Report abuse

Annabelle Bookworm
5.0 out of 5 stars Game of Chance
Reviewed in the United Kingdom on 19 August 2018
Verified Purchase
Nora Roberts never fails to enthral her readers, and she didn't in this one either. Excellent read.
Read more
Report abuse

Kindle Customer
5.0 out of 5 stars MacKenzie books.
Reviewed in the United Kingdom on 3 November 2014
Verified Purchase
Have had this book since it came out. Very happy it's in the kindle library. Sad it's only this and Maris's story that I can get on kindle. Would love to get the whole series of MacKenzie books on my kindle.
Read more
Report abuse

Tich
5.0 out of 5 stars Poor Chance gets lucky at last!
Reviewed in the United Kingdom on 25 March 2019
Verified Purchase
Another great follow on read about the Mackenzie dynasty
Read more
Report abuse

MRS M AYRES
5.0 out of 5 stars Five Stars
Reviewed in the United Kingdom on 5 April 2016
Verified Purchase
very very good will read again and again.
Read more
Report abuse
See all reviews
Back to top
Get to Know Us
Make Money with Us
Let Us Help You
And don't forget:
© 1996-2021, Amazon.com, Inc. or its affiliates