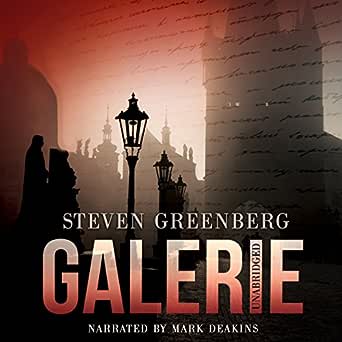 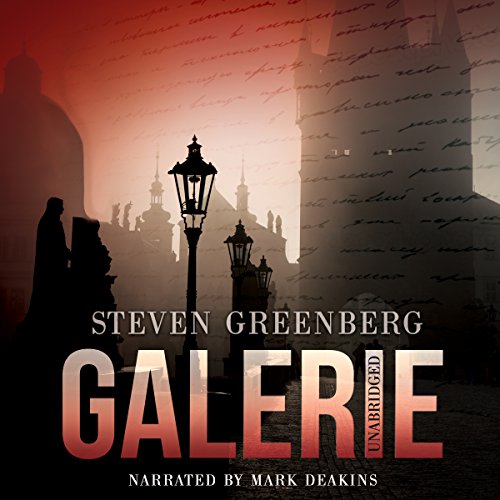 Mrs. Talita Radin
5.0 out of 5 stars Gritty but a good read
Reviewed in Australia on 9 September 2019
Verified Purchase
Looking back on a difficult time in history, Gallery moves between the past and the present with a strong story line and interesting characters. The ending didn't disappoint (although it did shock!). A great read.
Read more
Helpful
Comment Report abuse

donna
5.0 out of 5 stars great read
Reviewed in Australia on 16 December 2016
Verified Purchase
This was a great read that combined history with suspense. Great character development and narrated in an interest manner. Highly recommended it you like reading about this period in history.
Read more
Helpful
Comment Report abuse
See all reviews from Australia

AlexL
3.0 out of 5 stars Not really for me.
Reviewed in the United Kingdom on 27 November 2016
Verified Purchase
This is a subject that rally interests me and I was pleased to come across this book. However, I was disappointed with it in the end.
This, for me, could so easily have been a 5 star book and is ruined by the constant jumping around with dates. I don't mind books that refer to the past, but it's a different time frame in every chapter and keeping up the interest is hard going. In addition, I found the writing very pretentious with the author clearly loving the "sound of his own voice". The story is good though and I did want to get the end, but why make it such hard work for the reader?

osmonde
5.0 out of 5 stars powerful
Reviewed in the United Kingdom on 9 February 2017
Verified Purchase
A powerful tale that will haunt the reader
Read more
Helpful
Sending feedback...
Thank you for your feedback.
Sorry, we failed to record your vote. Please try again
Report abuse

MC
2.0 out of 5 stars Can't Recommend This Title
Reviewed in Canada on 6 June 2016
Verified Purchase
Book jumped around various years. Very disconcerting to read and try to orient to a different year and timeline. I have read much better books that relate to WWII and the effects of Nazi objectives.
Read more
Helpful
Sending feedback...
Thank you for your feedback.
Sorry, we failed to record your vote. Please try again
Report abuse

Laurence
5.0 out of 5 stars Holocaust suspense thriller
Reviewed in the United States on 29 September 2015
Verified Purchase
Steven Greenberg's second novel, Galerie, is a work of Holocaust historical fiction. It is a very well researched, action-packed page-turner. Greenberg is the son-in-law of a third cousin of mine. I met him once, in Tel Aviv, in 2010. While I do not view this as çonflict of interest 'in writing a review (I've panned books by writers with whom I have a much closer relationship), I do feel it ethical to let anyone reading my review to know about this.The story, told by the protagonist's camp counselor/eventual lover/future husband/subsequently divorced ex-husband, starts at a summer camp in Wisconsin in the early 1980s and goes through the early 1990s, moving to Tel Aviv with flashbacks to Prague and the Camps during the Second World War.Vanesa Neuman, the protagonist with a PhD in history, is the daughter of Holocaust survivor Michael Neuman, whose father, Jakob Neuman and uncle Tomas raised her. Upon Michael's death, Vanesa obtains her father's diary which was filled with stories and symbols so 'startling'that Vanesa was determined to do the necessary research at both Yad Vashem in Israel and the Jewish Museum of Prague to discover, if possible, what her parents, grand father and uncle did to survive as they never revealed these horrors to Vanesa.The untold story that Vanesa starts to discover is sufficient to cause unsuccessful murder attempts on her life as well as the murders of others involved with her attempt to find out the true story of her parents, grandfather and uncle's survival during the War.To what extent did those who survived but were not 'on the run' or in hiding collaborate with the Nazis? Were their acts despicable? How does one view those acts of survival? How does the survivor live the post-war future?These are the fundamental questions that Greenberg poses in a well written, easy to read, appealing manner. I don't want to go into any more detail, here, because it would diminish that intruiging, page-turning aspect away from this book. This is a piece of fiction that will definitely hold your interest and I recommend it without any qualifications!
Read more
18 people found this helpful
Helpful
Sending feedback...
Thank you for your feedback.
Sorry, we failed to record your vote. Please try again
Report abuse

Nancy M. Gould
5.0 out of 5 stars I Couldn't Put it Down!
Reviewed in the United States on 29 August 2019
Verified Purchase
I was torn between giving this book four vs. five stars. Usually I reserve five stars for a book that is truly great. I finally decided to give it five stars based on these things:
#1. The historical fiction is well researched and accurate
#2. Held my interest--I couldn't put it down.
#3. Fascinating premise. While fiction, it seems entirely believable that the Nazis might have considered something like this. The author definitely gets an A+ for coming up with this idea!
#4. After reading this book, I definitely plan to read other books by the same author.
#5. This is definitely a haunting story that will stay with me for a long time (a good reason for giving it 5 stars!)

Kayak Jay
5.0 out of 5 stars Well-Written and Worth Reading
Reviewed in the United States on 25 May 2016
Verified Purchase
This is a truly imaginative story of the Jewish experience in Prague. The narrative skips about in time between the last part of WWII and Israel in the 90s. The changes in time are documented in each chapter heading, so the reader has no problem keeping track. The narration is first person for Vanesa's husband, and VOG for the rest. The basic horror that is finally unveiled is presaged through most of the book. The contents of the Galerie are unknown to the unveiling, but the identity of the bad guy becomes increasingly obvious. This a well-written book about a dark time in history. I appreciated the opportunity to read the story and wonder about how much truth was in the fiction.
Read more
3 people found this helpful
Helpful
Sending feedback...
Thank you for your feedback.
Sorry, we failed to record your vote. Please try again
Report abuse

Constant Reader
5.0 out of 5 stars Gallerie is an excellent book. The writing is mature and thoughtful
Reviewed in the United States on 1 May 2016
Verified Purchase
Gallerie is an excellent book. The writing is mature and thoughtful, and the text is almost entirely error free. As another reviewer mentioned, the plot line is unique within the literature of the holocaust. Interestingly, the unnamed narrator is the most sympathetic character; his efforts to maintain a relationship with the damaged main character show compassion and insight into events over which he has no control. As an avid reader, I am always on a quest for serious, well written new literature. Steven Greenberg has met my rarely satisfied expectations.
Read more
4 people found this helpful
Helpful
Sending feedback...
Thank you for your feedback.
Sorry, we failed to record your vote. Please try again
Report abuse
Load more international reviews

tbn8vb
4.0 out of 5 stars Dark but Intriguing historical fiction of WWII Prague and Terezin
Reviewed in the United States on 13 June 2016
Verified Purchase
Although there are numerous locales mentioned in this book, most of the action takes place in Prague, Czech Republic (and nearby Terezin -- the WWII Nazi concentration ghetto). I recently returned from visiting Central Europe, where I spent about 4 days in Prague, including a trip to Terezin. Thus, the book had increased meaning for me, since I was familiar with most of the references and locations contained in the book. If you have never been been to Prague, you definitely want to put it (and Terezin) on your travel "bucket list." If you have been to Prague, you'll enjoy this book all the more.
Read more
One person found this helpful
Helpful
Sending feedback...
Thank you for your feedback.
Sorry, we failed to record your vote. Please try again
Report abuse

Jackie
3.0 out of 5 stars Chilling story.... when you get there
Reviewed in the United States on 7 May 2017
Verified Purchase
The story turned out to be a very chilling account of post Nazi activities. However, it seemed like forever until the reader got to the meat of it. I had a difficult time caring about the central character; I really didn't like her so it was difficult for me to feel emotion for her circumstances. The ending did tie up loose ends from the story, which was great. I would recommend the book but it wasn't one of my favorites.
Read more
2 people found this helpful
Helpful
Sending feedback...
Thank you for your feedback.
Sorry, we failed to record your vote. Please try again
Report abuse

Lucia Kerpel
5.0 out of 5 stars A book with an important message
Reviewed in the United States on 25 June 2016
Verified Purchase
From any perspective, this book is a great read. The writing is flawless, the storyline flows smoothly between periods, and the research is spot-on. But what will remain with me from Galerie is the way the author really plumbs the depths of the second generation of Holocaust survivors. This is a book with an important message, and I’m looking forward to hearing more from this author.
Read more
3 people found this helpful
Helpful
Sending feedback...
Thank you for your feedback.
Sorry, we failed to record your vote. Please try again
Report abuse

Sybil Brown
2.0 out of 5 stars Not very good
Reviewed in the United States on 5 February 2020
Verified Purchase
I finished this book, I wanted to quit reading it several times but did not give up on it. It was just boring.
Read more
Helpful
Sending feedback...
Thank you for your feedback.
Sorry, we failed to record your vote. Please try again
Report abuse