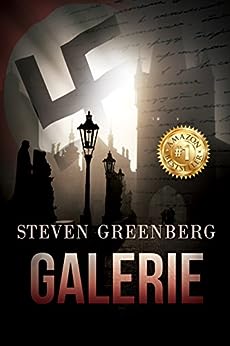 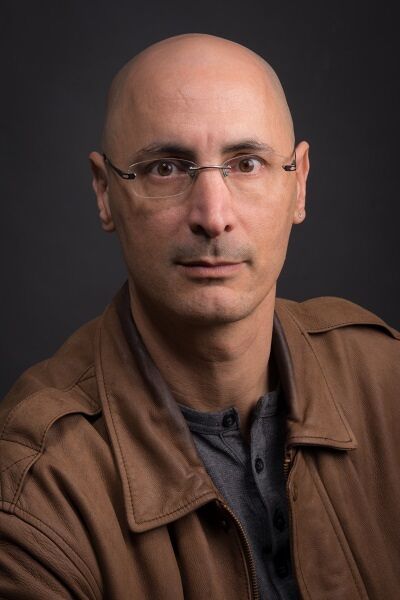 One woman’s quest for truth reveals a dark family secret long buried in Prague’s Nazi past.

Every family holds to secrets, but some are far darker, reach deeper, and touch a rawer nerve than others.

Vanesa Neuman is the daughter of Holocaust survivors, and her childhood in the cramped intimacy of south Tel Aviv is shadowed by her parents’ unspoken wartime experiences. The past for her was a closed book… until her father passes away and that book falls literally open. Vanesa must now unravel the mystery of the diary she has received—and the strange symbol within—at all costs.

Set against the backdrop of the Nazi occupation and the Jewish Museum of Prague—Adolf Eichmann’s “Museum of an Extinct Race”—Galerie is fast-paced historical fiction in the tradition of Tatiana De Rosnay’s Sarah’s Key. From Jerusalem’s Yad V’Shem Holocaust research center, to the backstreets of Prague, and into the former “paradise ghetto” of Theresienstadt, Vanesa’s journey of understanding will reveal a darker family past than she ever imagined—a secret kept alive for over half a century.

PERFECT FOR BOOK CLUBS: A book club guide is included at the end of the story.

EVOLVED PUBLISHING PRESENTS a thrilling work of historical fiction that examines how Holocaust horrors still resonate generations later, and how even deep wounds of betrayal can ultimately heal. [DRM-Free]

"...a story that will mesmerize readers from page one." Singing Librarian Books "...brings the psychological and cultural legacy of the holocaust up to date..." Escapology Reviews "Buy this book and say goodbye to your family for the weekend, because you will not want to put it down..." Eric W. Swett "Imagine Stephen King wrote Schindler's List..." Nikki "...so provocative that it is impossible to put down." Sydology --This text refers to the paperback edition.

I'm an award-winning US expat novelist and a professional writer. I'm also a full-time cook, cleaner, chauffeur, and work-at-home single Dad for three amazing teenagers. Born on a now-defunct Air Force base near Austin, Texas and raised in Fort Wayne, Indiana, I emigrated to Israel only months before the first Gulf War in 1990. I'm a Sergeant in the Israel Defense Forces Reserves, where I served for 12 years as a Combat Medic. Since 2002, I've worked as an independent marketing writer, copywriter and consultant. --This text refers to the paperback edition.

I'm an award-winning novelist, a professional writer, and a full-time cook, cleaner, chauffeur and single dad for three amazing children. Born in Texas, I grew up in Indiana and emigrated to Israel just months before the first Gulf War in 1990. I'm a former combat medic in the Israel Defense Forces, who never learned to properly salute despite my rank of Sergeant. And I’m a career marketer, who's run a home-grown marketing boutique since 2002.

donna
5.0 out of 5 stars great read
Reviewed in Australia on 16 December 2016
Verified Purchase
This was a great read that combined history with suspense. Great character development and narrated in an interest manner. Highly recommended it you like reading about this period in history.
Read more
Helpful
Report abuse
See all reviews

AlexL
3.0 out of 5 stars Not really for me.
Reviewed in the United Kingdom on 26 November 2016
Verified Purchase
This is a subject that rally interests me and I was pleased to come across this book. However, I was disappointed with it in the end.
This, for me, could so easily have been a 5 star book and is ruined by the constant jumping around with dates. I don't mind books that refer to the past, but it's a different time frame in every chapter and keeping up the interest is hard going. In addition, I found the writing very pretentious with the author clearly loving the "sound of his own voice". The story is good though and I did want to get the end, but why make it such hard work for the reader?
Read more
Report abuse

osmonde
5.0 out of 5 stars powerful
Reviewed in the United Kingdom on 8 February 2017
Verified Purchase
A powerful tale that will haunt the reader
Read more
Report abuse

MC
2.0 out of 5 stars Can't Recommend This Title
Reviewed in Canada on 6 June 2016
Verified Purchase
Book jumped around various years. Very disconcerting to read and try to orient to a different year and timeline. I have read much better books that relate to WWII and the effects of Nazi objectives.
Read more
Report abuse

Roberto Lourenco
2.0 out of 5 stars Predictible
Reviewed in Canada on 7 January 2017
Verified Purchase
Didn't really enjoy it. Main character is not there, no emotion, no feelings, just empty stuff. Weak characters in general. Plot ok
Read more
Report abuse
See all reviews
Report an issue
Does this item contain inappropriate content?
Report
Do you believe that this item violates a copyright?
Report
Does this item contain quality or formatting issues?
Report