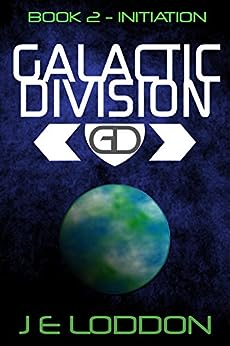 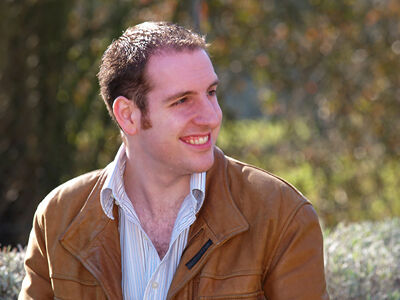 by J E Loddon (Author) Format: Kindle Edition
See all formats and editions
Sorry, there was a problem loading this page. Try again.
They may have survived their initial training, but things aren't about to get any easier for Milo, Liberty, and the rest of the squad, who are now officially Galactic Division soldiers.

Whilst still reeling from his shock at the Evaluation, Milo must prepare to go out on his first real mission, facing the possibility of enemy contact, and very real danger. As well as not feeling ready for the responsibility, he must fight alongside a squad struggling to find harmony.

After an attempt to help out a comrade in peril ends in bloodshed, the squad make a frightening discovery. The revelation may spell disaster not just for the crew of the Anastasia, but for our entire species.
Read more
Previous page
Next page

J E Loddon is currently working on the second book in his Thrall State series. Thrall State - Book One: Restitution is available now.

He enjoys reading books in all genres, with favourites ranging from Daniel Keyes' Flowers For Algernon, through Sam Lipsyte's The Ask, to Leo Tolstoy's War and Peace. Away from writing, J E Loddon is a full-time engineer, and he enjoys video games and movies.

3.6 out of 5 stars
3.6 out of 5
2 global ratings
How are ratings calculated?
To calculate the overall star rating and percentage breakdown by star, we don’t use a simple average. Instead, our system considers things like how recent a review is and if the reviewer bought the item on Amazon. It also analyses reviews to verify trustworthiness.

jannert
5.0 out of 5 stars More than a Space Opera
Reviewed in the United Kingdom on 11 January 2020
Verified Purchase
I am a big fan of this series, and have read all three books ...and am looking forward to Book 4.

The series isn't really a space opera, as it might initially appear to be. Instead, it focuses on a very small group of characters, all military trainees ...some willing, some not so willing ...and develops them in surprising ways. These young trainees are forced to learn a lot about themselves as the story moves along. What they think are assets to team-building, for example, sometimes turn out to be liabilities. And the reverse is also true. These are compelling and very believable characters. Some are gung-ho wannabe young leaders. Some are reluctant and frightened conscripts. The POV character, Milo, is an excellent observer, who learns to function while still remaining true to his own set of priorities. At least thus far. But he is constantly challenged, not only by his teammates and the shadowy people pulling the strings, but also by his own realisation that he CAN do many things he didn't think he could, but that he's not as good at them as he wants to be.

The series takes place in a fictional sci-fi setting. The state of the characters' world is not made clear at all. This is excellent, from a story point of view. We watch these characters coping with a situation they don't actually understand, and we're never sure if they're getting it right or not. They are required to meet certain criteria, as they move through their training, but they are never given the big picture. The story is very suspenseful, in that we don't know what's happening any more than they do.

This author knows how to build believable paranoia, as well as resignation in the characters. And he also builds pride in what they have been able to accomplish ...even though they aren't sure what its purpose is.

I think this is an excellent series. The mistake a reader might make is thinking it's a typical space opera, and find the development seems slow and the goals unclear. But that's actually the point of the story. People often have to learn to function without knowing what's happening behind the scenes. The uncertainty IS the story, at least thus far. I think the pace is perfect.

Roger J. Buffington
2.0 out of 5 stars Unrealistic and one-dimensional
Reviewed in the United States on 21 December 2017
Verified Purchase
I docked this story several stars because I found it to be so unrealistic. Firstly, the protagonist is hopelessly incompetent to the point where he probably deserves to be court-martialed for incompetence. Secondly, the alien enemy is completely undetailed and one-dimensional. Thirdly, the technology and weaponry of the soldiers simply does not make sense, causing me to question whether the author knows anything much about military matters. The writing here is not bad, and it kept me reading. RJB.
Read more
Report abuse
See all reviews
Back to top
Get to Know Us
Make Money with Us
Let Us Help You
And don't forget:
© 1996-2022, Amazon.com, Inc. or its affiliates