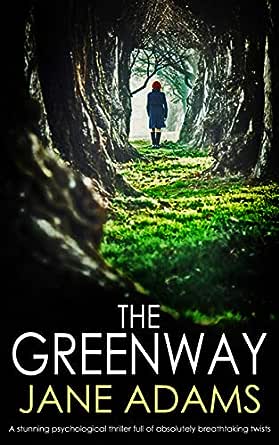 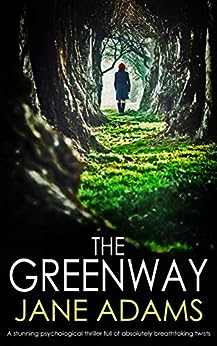 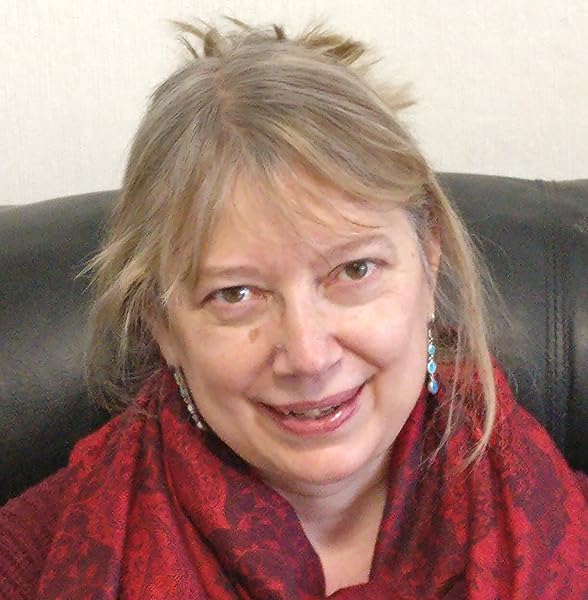 4.2 out of 5 stars
4.2 out of 5
379 global ratings
How are ratings calculated?
To calculate the overall star rating and percentage breakdown by star, we don’t use a simple average. Instead, our system considers things like how recent a review is and if the reviewer bought the item on Amazon. It also analyses reviews to verify trustworthiness.

Peter
2.0 out of 5 stars confusing
Reviewed in Australia on 5 June 2019
Verified Purchase
hard to get into with characters not being easily warmed to and the plot a little confusing. the twist is a twist but no one will get it through the book
Read more
One person found this helpful
Helpful
Report abuse

I love books
5.0 out of 5 stars Love it
Reviewed in Australia on 26 April 2019
This was my first book by Jane Adams so I was unsure what to expect but I needn't have worried I was gripped from the very beginning.

Cassie returns to Norfolk to face her demons. Twenty years ago Cassie and Suzie were taking a shortcut home along The Greenway when Suzie disappeared. She was never found and Cassie has been tormented by her memories (or lack of them) and bullied by her mother, blamed by Suzie's parents she struggles mentally. Suzie was never found.

Now married to Fergus with Annie and Simon the 4 return to the area to try to lay the skeletons to rest but then another child, the splitting image of Suzie goes missing while playing on the Greenway ...

Is Cassie involved or just an innocent victim and is the supernatural playing a part in the disappearing children. A retired detective and DI Mike Croft are determined to solve this crime and find out what happened all those years ago.

This is a fast-paced psychological thriller that had me turning page after page as the mystery and intrigue increases along with the many twists and turns making this a very entangled story that kept me on the edge of my seat.

The characters are realistic, all with issues they are dealing with that brings a human touch to the complex characters that develop well into the story. The area is described with great skill in that I could envisage in my mind The Greenway and Tan's Hill.

An excellent read, I can't wait for the next in the series. 5 stars from me.

Rose
3.0 out of 5 stars Not a bad read
Reviewed in Australia on 15 March 2019
Not sure if I really like this book or not. I found a it confusing & a bit all over the place with the characters . You will need to read it yourself & make up your own mind.
Read more
One person found this helpful
Helpful
Report abuse

Peter the constant reader
TOP 100 REVIEWER
5.0 out of 5 stars Held my attention
Reviewed in Australia on 26 July 2020
Verified Purchase
Really well written and moves along at a good pace as Jane Adams dangles mysteries only to bring the story back on course.

Cassie returns to the town where her cousin disappeared another girl disappears. There is a connection or is it the mystic legends. The detective who worked on the original case provides assistance. Cassie has mental issues but is she a killer.

There is a final mystery.
Read more
Helpful
Report abuse
See all reviews

M. King
2.0 out of 5 stars Decent but not thrilling.
Reviewed in the United Kingdom on 16 March 2019
Verified Purchase
A by-the-numbers procedural which suffers from the fact that the crime could have been solved 20 years ago if anyone had half a brain.

There’s nothing thrilling or tense in here and the book suffers hugely from dodging the motive for the crimes.
Read more
9 people found this helpful
Report abuse

Lynda Kelly
2.0 out of 5 stars Still Needs A Decent Editor
Reviewed in the United Kingdom on 25 February 2020
Verified Purchase
It's been six years since I last tried a book by this author but thought I'd give her another go. The others I've read/tried were full of mistakes and I was sure that would've been remedied by now. Not so, however, and I gave up on this one too at 30%.
I also found it pretty confusing in places, too.....so coupled with the errors I wasn't going to stick with this, I'm afraid. This passage made me roll my eyes and pretty much switch off altogether, "...how it was an expression of the duality of nature, and of people, worshipping a twinned male and female image as a symbol of the God-force".......for real ??
At the beginning it's advised that British English is used throughout but it isn't.....the spellings in so many words are Americanised.....like tantalizingly/realized/emphasized.
There were missing speechmarks and then speechmarks added where nobody was speaking along with apostrophes being misplaced, although the main errors seem to be where perhaps someone has copied words and totally misread them, but still included the wrong ones, nonetheless. They bear no relation to what they should be, like writing 1 and not I, then modem and not modern and comer not corner (more than the once). We also had sooth not soothe.
Mike knew Cassie was married to the "bloke with the beard" but I don't know how and we're informed later on that he's a teacher and Bill is a sales rep, yet they'd looked to Bill for lessons earlier and explanations for things so this left me totally baffled and I gave up, then. And this time I will not be revisiting this author in another half a dozen years !
Read more
4 people found this helpful
Report abuse

Mrs D.
5.0 out of 5 stars Wow, what a book.
Reviewed in the United Kingdom on 6 April 2019
Verified Purchase
Wow what a book, I started it late morning, and couldn't put it down until I finished it on the evening, its a gripping book with a haunting hint of other worldliness, Cassie is still tormented by the disappearance of her cousin Suzie twenty years ago, while they were taking the short cut through The Greenway, an ancient pathway lined with high bushes and next to Tans Hill, which has always been surrounded in mystery, and now another young girl has gone missing in the same place, Detective Inspector Mike Croft is trying to solve this case with the help of John Tynan the retired detective who tried to solve Suzies disappearance, and has never been able to let go of it, I was hooked right from the first page.
Read more
4 people found this helpful
Report abuse

Reader4life
4.0 out of 5 stars Enjoyable but not thrilling
Reviewed in the United Kingdom on 26 November 2019
Verified Purchase
The engaging writing in this novel pulled me immediately and as a lover of psychological thrillers I was excited to read this. The psychological aspects are mainly drawn from one character in particular who has suffered tragedy in the past. It’s here I especially appreciated the clever way mental illness was argued for and against a person committing a crime. It’s an unusual take and this was also woven together with otherworldly aspects, which added some nice suspense and feeling to the story.
The twists in the story though were a little disappointing, although well written they gave the feeling of confusion rather than misdirection, more a muddying of the waters than being led around the garden path.
In the second half of the story this seemed to shift into more of a police procedural type novel and the ending left me a little underwhelmed. Although I understood entirely why the author did this I didn’t feel fully satisfied.
Read more
One person found this helpful
Report abuse

Sarah H.
4.0 out of 5 stars A promising start to a new series
Reviewed in the United Kingdom on 26 November 2019
Verified Purchase
This is the first book in the DI Mike Croft crime series and was also the author’s debut novel.

The story has an almost supernatural feel to it with the legend of the Greenway. How can a child just disappear? Vanish with no trace and no leads? I felt for Cassie as she was the last person to see Suzie, the fact that another girl goes missing on her return in the same area, well my mind was going into overdrive as to who is behind the girls disappearances.

Mike is quite a gentle character for a detective inspector. He hasn’t been hardened to much by the job as he is still sensitive to the victims families as well as Cassie, although he also does get frustrated as her mental health is in question, which in turn causes him to take things more slower when he wants answers fast.

The story line has an almost haunting, melancholy feel to it. There is always something more sinister when a case involves children and I think the overwhelming sense of dread as to just what has happened to them, has you in two minds as to whether we really want to know.

The Greenway is a solid start to a new crime series to me. It has a likeable protagonist that has left me wanting to read more and get to know him better. This isn’t a fast paced crime book but the author’s storytelling gently pulls you in whilst holding your attention throughout. I enjoyed my first introduction to DI Mike Croft and look forward to more in the series.
Read more
One person found this helpful
Report abuse
See all reviews
Back to top
Get to Know Us
Make Money with Us
Let Us Help You
And don't forget:
© 1996-2021, Amazon.com, Inc. or its affiliates