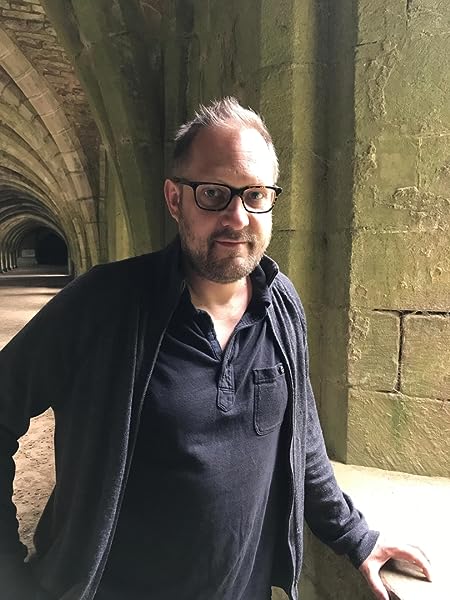 by PETER SWANSON (Author)
3.9 out of 5 stars 789 ratings
See all formats and editions
Sorry, there was a problem loading this page. Try again.

Page 1 of 1 Start overPage 1 of 1
Previous page
Next page
Start reading The Girl With A Clock For A Heart on your Kindle in under a minute.

3.9 out of 5 stars
3.9 out of 5
789 global ratings
How are ratings calculated?
To calculate the overall star rating and percentage breakdown by star, we don’t use a simple average. Instead, our system considers things like how recent a review is and if the reviewer bought the item on Amazon. It also analyses reviews to verify trustworthiness.

Jennifer
TOP 10 REVIEWER
4.0 out of 5 stars ‘I’ll know what I’m looking for when I find it.’
Reviewed in Australia on 18 January 2016
Verified Purchase
George Foss is in his late thirties, and it’s been twenty years since he last saw the girl who broke his heart. Plenty of time, you’d think, for George to move on. But, when he sees her again in his local bar in Boston, it’s clear that George is still obsessed with her. When Liana Decter asks George to help her, he agrees. This is despite knowing that Liana has never bought him anything but trouble.

The best way to read this novel is to avoid spoilers, and almost anything will be a spoiler. Who is this woman? Why is George so obsessed by her? What is his history with her? Is George particularly naïve?

While I enjoyed this novel, a few elements didn’t really work for me. I suspect it’s because I’ve never known someone quite like George. I hope I never know someone like Liana.

This was Mr Swanson’s first novel, and while I didn’t like it as much as his second (‘The Kind Worth Killing’), it kept me turning the pages. And wondering about George.

garry johnson
5.0 out of 5 stars Super. Gotta like Liana.
Reviewed in Australia on 31 August 2016
Verified Purchase
super. another great book by peter swanson. not quite as good as " the kind worth killing " ( maybe am just missing lily ) but still pretty damm good. great characters. liana, what a girl ( as long as i never bump into her ) george and irene were nice, the two donnies were good and fitted right into the story. maybe a little complicated toward the end. would liana really go to all that trouble. good thing liana is out there scamming somewhere and george now that he's morphed into bostons own sherlock holmes is hot on her trail. makes for a great second book. as with lily, the world is a far more interesting place with liana out there.
Read more
Helpful
Report abuse

Jenny Hatton Mahon
3.0 out of 5 stars Twists and turns
Reviewed in Australia on 17 June 2015
Verified Purchase
This book will keep you interested with its twists and turns but the protagonist is a bit frustrating in his naivete and ignorance.
Read more
Helpful
Report abuse

HP
1.0 out of 5 stars The Girl with a Clock for a Heart
Reviewed in Australia on 14 April 2014
Verified Purchase
I thought this book was a poor imitation of "The Girl with the Dragon Tattoo" series and found it overworked in places.
Read more
2 people found this helpful
Helpful
Report abuse

Geoffrey Foster
3.0 out of 5 stars A patchy story
Reviewed in Australia on 18 August 2014
Verified Purchase
Disappointing, but OK to fill an idle hour.
Read more
One person found this helpful
Helpful
Report abuse

Lynda Kelly
4.0 out of 5 stars A Pretty Good Debut
Reviewed in the United Kingdom on 27 March 2019
Verified Purchase
This is a new author to me and I was going to easily give the book 5* but a couple of proper howling mistakes let it down, unfortunately. The story was really good and a fascinating and gripping tale for sure. I was sold as soon as I read the synopsis. It has an open ending, really, though I looked him up after I finished it and he doesn't appear to have written a sequel. He really ought to, though. At least I was aware it had a dodgy "ending" from what other reviewers have written, but I'd expected a follow-up, so let's hope he jumps to it, eventually, as it's been a few years already since it was originally published.
I did wonder at poor George's gullibility where his first love was concerned. She was certainly well aware she could easily run rings around him !! An intelligent bloke badly let down by an excess of testosterone....he isn't the first and won't be the last......
I was also a little baffled by a couple of his descriptions.....I have no idea what "a rectangular brunette" looks like and again with "His face was a well-shaved rectangle." However, a big error was taking us to Charlestown and altering it to Charleston on the next page. That should've been spotted and so should a point occurring on a Tuesday morning, which suddenly changed to a Monday as it is careless. He writes new where I'd use anew and another massive ouch moment for me was when he used flairs and not flares !!
These awful errors aside, I'll definitely be reading more by this author.
Read more
5 people found this helpful
Report abuse

Pamela Scott
4.0 out of 5 stars A thrill packed ride
Reviewed in the United Kingdom on 7 September 2019
Verified Purchase
I knew I was going to enjoy this book from the opening section which left me with a load of questions and a desire to read on and find out what was happening. I’m glad to say I was not disappointed. I loved George and Audrey/Liana/Jane’s relationship at college. He falls for her hard, and ends up getting embroiled in a dangerous mystery when he finds out she’s not what he thought at all. First love can be intense. You can ignore signs that things don’t quite add up because you don’t want anything to alter the image you have of the person you’re enthralled by. This is one of those books that’s full of misdirection and twists and turns, and I love that stuff. Who is Audrey/Liana/Jane really? What does she want from George and why? I love the fact that the end is left quite open, not everything is resolved and you’re left to make up your own mind about what happens next.
Read more
Report abuse

Kenny
3.0 out of 5 stars Okay read
Reviewed in the United Kingdom on 12 September 2019
Verified Purchase
This had so much promise but, although I enjoyed some of it the way through, it was all so conveniently plotted that I didn't feel any real sense of conflict or satisfaction at the end. George Foss was also not a protagonist I was cheering on. I don't want to say too much or I'll spoil the plot but he came across as much too gullible and eager to please the one person he should have known not to trust. However, I really liked the way the story was told seamlessly across twenty years and the amount of detail in which some usually obscure scenes were described.
Read more
Report abuse

Cleopatra
4.0 out of 5 stars Don't Do It!!
Reviewed in the United Kingdom on 20 April 2016
Verified Purchase
I purchased this debut novel by Peter Swanson after being blown away by The Kind Worth Killing which made my top ten reads of 2015 and found myself jettisoned into the world of George Foss, searching a crime scene and feeling triumphant at the sight of Daphne du Maurier’s Rebecca. Now I like that book but was a tad confused why it had the starring role in the prologue.

All was to become clear though as chapter one commenced with George meeting his on-off girlfriend Irene in a local bar in Boston, during the evening he sees his college sweetheart Liana. It doesn’t take George long to cut the evening short with Irene and start a conversation with Liana where it becomes apparent really quickly that this is a girl who has caused him a few problems in the past, as well as herself it would seem since she is living under an assumed name.

The plot that follows is well-constructed, engaging and full of action as we learn more about both Liana and George through the split time-line which takes us back to their college days and the events that surrounded their short but intense relationship.

So the readers have been introduced to the protagonists and on the basis of a deep and sincere, albeit brief relationship what comes next will take your breath away – readers be warned, do not question too deeply and you can swing along and be entertained by this superbly diverting debut. There is a lot to enjoy; the pace is fast and furious and this definitely is one of those books which urge you to read ‘just one more chapter’, the writing is accessible with the odd moments of wry humour, particularly in George’s more reflective moments which leads onto the depth of emotion George displays which is very much that of a young man, out in the world for the first time and given his background it is obvious why he is presented in the book as ‘Mr Average.’ However I suspect most men lose that before they hit their late thirties and would be slightly more reluctant to do Liana any favours at all, but hey, like I said, this book is to be enjoyed, not questioned!

Despite the subject matter, I found this a great way to spend a few hours, I enjoyed what is essentially a romp with the broken and damaged where most of the characters have few, if any, redeeming features. There is also a notable absence of secondary characters apart from victims and villains quite probably because these would surely be shouting ‘don’t do it’ from the side-lines!
Read more
2 people found this helpful
Report abuse

ceecee
4.0 out of 5 stars Enjoyable though stretches credulity!
Reviewed in the United Kingdom on 7 August 2019
Verified Purchase
This is an intriguing story about Liana Decter/Audrey/Jane and George Foss. Who is Liana? What is she up to? George meets ‘Audrey’ at college and they fall in love. Well, he did. Did she? Who knows. Without revealing the story after one term they don’t see each other for a long time when she reappears into George’s life and asks for his help which he duly gives. What follows is like an episode of Hustle and instead of the handsome Adrian Lester you have Liana etc and her sidekick ‘Donnie Jenks’. Although the storyline stretches credulity, it is none the less very enjoyable and well written with a good ending that leaves you hanging and wondering!
Read more
Report abuse
See all reviews
Back to top
Get to Know Us
Make Money with Us
Let Us Help You
And don't forget:
© 1996-2022, Amazon.com, Inc. or its affiliates