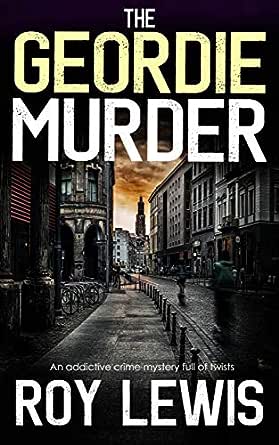 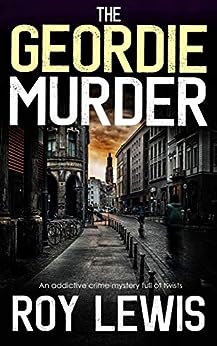 Discover Eric Ward, policeman turned lawyer. This beautifully told story, from a time before smart phones and DNA testing, will have you gripped from start to finish.

“A novel of depth and craftsmanship refreshing in this genre.” Publishers Weekly

Please note this book was first published as “A Blurred Reality”.

Sam Turiff is a loan shark preying on the most vulnerable people in Newcastle.

Detective Eric Ward’s investigation runs into a brick wall trying to bring down the callous criminal. No one will give evidence against him. They’re frightened what he’ll do to them.

Then Kate Geraghty is kidnapped. She’s the granddaughter of local tycoon Liam Geraghty, and there’s a link to the loan shark.

But who carried out the kidnapping and why, since no ransom is demanded?

The case soon turns into a murder investigation and Ward finds himself up against a Northern crime empire.

CAN DETECTIVE WARD BRING DOWN THE CRIME LORD BEFORE ANYONE ELSE PAYS THE ULTIMATE PRICE?

THE DETECTIVE
Eric Ward is forced to retire from the police when he discovers he suffers from glaucoma but qualifies as a solicitor (lawyer) and sets up his practice on the Quayside in Newcastle, where he deals with the seamier side of the law. When he marries a wealthy young woman she attempts to persuade him to settle in Northumberland and work with wealthier clients but he stubbornly refuses to give up his criminal practice in Newcastle. Although she draws him into the world of high finance he still insists on continuing at the Quayside — which causes tensions within his marriage, and lead to fatal consequences.

This fast-paced mystery will have you enthralled from the start. Set in England in the early 1980s, this is the fifth book to feature Eric Ward. More coming soon.

“Roy Lewis is a writer who believes in keeping his readers on their toes with plenty of twists and surprises. He writes well, too with an admirable sense of character and place.” Daily Telegraph

Peter the constant reader
TOP 50 REVIEWER
5.0 out of 5 stars Down and dirty in the docks
18 November 2019
Format: Kindle EditionVerified Purchase
A very well written crime thriller. Roy Lewis provides a window to a past world, in this case the docks of Newcastle. In this world there is not much hope but there is a culture and a bond. Edward Ward tracks down a kidnapping and a murder using that culture. Very enjoyable.
Read more
Helpful
Comment Report abuse

catlady
4.0 out of 5 stars this must have involved a lot of medical research to support the mystery itself.
20 December 2019
Format: Kindle EditionVerified Purchase
Reading is what occupies my time; it also keeps me learning.
Read more
One person found this helpful
Helpful
Comment Report abuse

Kindle Customer
5.0 out of 5 stars Great
21 November 2019 - Published on Amazon.com
Format: Kindle Edition
Very interesting and twisty mystery. I enjoyed these characters because they do what they believe is the right thing. Mr. Lewis has written a lot of great books.
Read more
2 people found this helpful

Kindle CustomerKathryn Loewenstein
5.0 out of 5 stars Very good story!!
18 December 2019 - Published on Amazon.com
Format: Kindle Edition
Great characters and a very entertaining plot which kept me reading late in the night. Hope to see more books in this series. Have enjoyed all the books featuring Eric and Anne.
Read more
One person found this helpful
Go to Amazon.com to see all 2 reviews 5.0 out of 5 stars
Get FREE delivery with Amazon Prime
Prime members enjoy FREE Delivery and exclusive access to movies, TV shows, music, Kindle e-books, Twitch Prime, and more.
> Get Started
Back to top
Get to Know Us
Make Money with Us
Let Us Help You
And don't forget:
© 1996-2020, Amazon.com, Inc. or its affiliates