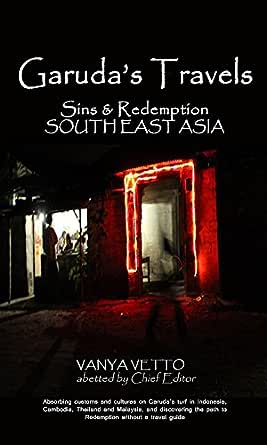 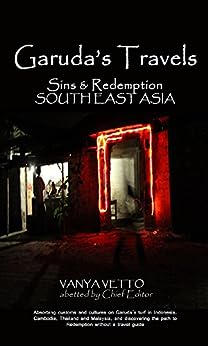 Lorenzo
5.0 out of 5 stars Amazing travels
Reviewed in Australia on 21 March 2015
Verified Purchase
A wonderful book, highly recommend it, this guy is crazy and writes so well
Read more
Helpful
Comment Report abuse

Jochebed Ling
5.0 out of 5 stars Refreshingly different
Reviewed in Australia on 28 September 2014
If you're inclined to adventure and prefer to explore the roads less traveled, then you'll have to read Garuda's Travels: Sins & Redemption! Vanya writes about the sights and sounds so often neglected, venturing into places where most fear to thread, even so far into the south of Thailand. Love it!
Read more
One person found this helpful
Helpful
Comment Report abuse

Kirsty Allen
5.0 out of 5 stars Incredible reading
Reviewed in Australia on 12 October 2014
This book is amazing! If you are looking for a book full of adventure then read this. Such an interesting point of view and the writing technique is so unique. I would highly recommend this book to anyone I know. A brilliant read!
Read more
One person found this helpful
Helpful
Comment Report abuse
See all reviews from Australia

june finnigan - writer
4.0 out of 5 stars THIS IS NOT A PRETTY TRAVEL LOG
Reviewed in the United Kingdom on 29 September 2014
Verified Purchase
I could not read the whole of this book, however, I think it's a must for the lads and their mates. Tanya Vetto gets down and dirty from the word go, from sordid to the occasional mention of beautiful locations. I am amazed he survived some of his experiences; be warned.
June Finnigan - writer
Read more
Helpful
Sending feedback...
Thank you for your feedback.
Sorry, we failed to record your vote. Please try again
Report abuse