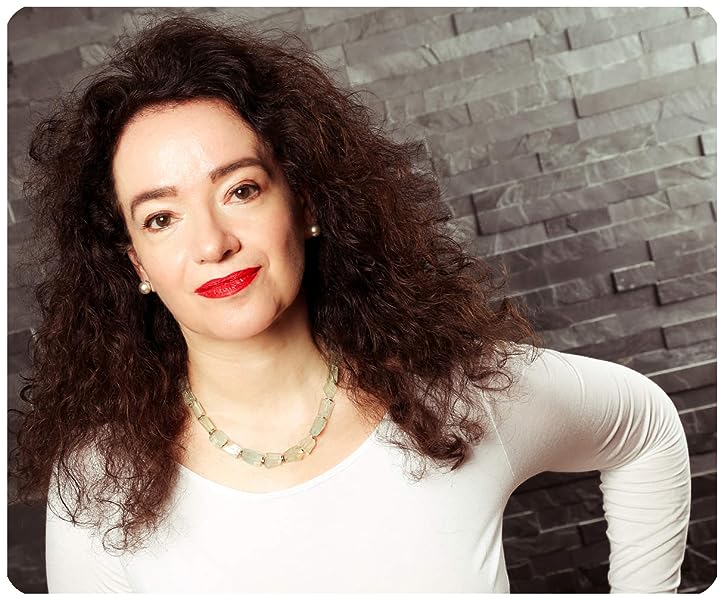 by Susan de Sola (Author)
5.0 out of 5 stars 1 rating
See all formats and editions
Sorry, there was a problem loading this page. Try again.

Save on selected Bestselling Big Idea books.
View our curated selection of books. Click to explore.
Start reading Frozen Charlotte: Poems on your Kindle in under a minute.

[Frozen Charlotte] coruscates with light... exceptional language is de Sola's forte...with the economy and compression of the best poetry, de Sola does a lot with very few words. . . But the light isn't a glint or reflection that bounces off a surface; it's not a hard glare or a soft glow: de Sola has layered light inside the words.
-Deborah Warren, Literary Matters

This collection is as much about the beauty of life as it is about transience; it startles with clever structures and unexpected twists woven with a continuous thread of melancholy...There is tight control over what she allows the reader a glimpse into, as she maneuvers from the narrative to the lyrical, to the comical, to the nostalgic. What is evoked is a feast for the senses.
-Dipika Mukherjee, RHINO

By turns sweet, bitter, and the literary equivalent of umami, the poems...range from straightforward, heartbreaking evocations of feeling and mood to extremely out-there wordplay to character studies to light verse. Not only the subject matter but the poetic technique changes from page to page, yet there is never a sense of difficulty for its own sake, nor does the book feel like a random jumble. . . . Let's get out of the way the fact that Susan de Sola is a masterful poet. She handles a range of forms seemingly without breaking a sweat. . . . This book will change with the light each time you read it. There is humor in the monumentally sad poems and pointed meaning in the funny ones. This rich, kaleidoscopic collection is better than any dessert.
-Barbara Egel, Light

De Sola's is a "large" poetry in the best sense. It's also distinctive. When you're reading Frozen Charlotte, you're spending time with a unique sensibility, both personal and poetic. Even as de Sola keeps faith with many aspects of poetry's great tradition, she's also, in an unshowy way, an original.
-Daniel Brown, World Literature Today

Lucidity unites the book's poems, whether de Sola is training her attention on a pair of stockings, an umbrella ("an empty cup/ downturned/ to reroute// not gather") or a vase of tulips effortfully lifted out of the long shadow of Plath ("plush concavities/ which made of content an irrelevancy") . . . Although Frozen Charlotte often concerns itself with the wide gulfs between men and women, between past and present, between color and substance, [such] moments of empathy . . . remind us that bridges do exist.
-Jenna Le, Agni

In addition to weighty subjects, de Sola can be laugh out loud amusing. . . . In Frozen Charlotte, Susan de Sola provides readers with enough aesthetic pleasure and thoughtful commentary about today's world to remind us of just how good-and necessary-poetry can be.
-Ed Meek, The Arts Fuse

Susan de Sola's most recent book of poetry is FROZEN CHARLOTTE (Able Muse Press, 2019). Her poems have appeared in many venues, such as the Hudson Review and PN Review, and in anthologies, including The Best American Poetry 2018. She is a winner of the David Reid Poetry Translation Prize and the Frost Farm Prize. She holds a PhD in English from Johns Hopkins University and has published essays and reviews as Susan de Sola Rodstein. Her photography is featured in the chapbook Little Blue Man. A native New Yorker, she lives near Amsterdam with her family.

Ed Shacklee
5.0 out of 5 stars A big heart and not-so-hidden depths.
Reviewed in the United States on 9 September 2019
Verified Purchase
“Frozen Charlotte: Poems” starts out with a gorgeous, sonorous poem called “Bowl of Sea Glass,” which you can read in Amazon’s Look Inside function – and which, by itself, should show you you’re in good hands. But somewhere in the middle of this collection is “Wertheim Park,” which, if you google that name and “de Sola,” you can find online: and if, gentle reader, you don’t immediately order a copy once you finish that poem, I don’t know what else to say to you.

There’s everything in this book – lovers, camels, the Holocaust, children, college dorms, fine art, lingerie. Cary Grant shows up in “Frozen Charlotte,” and it’s strangely appropriate, for de Sola is the kind of poet who might hang around with him – effortlessly stylish and witty, graceful as a cat, with oodles of charm that never quite covers up a big heart and not-so-hidden depths. Am I gushing? Yes. This is a companionable book, beautifully written, the sort that doesn’t get old. A very, very satisfying read.
Read more
One person found this helpful
Report abuse
See all reviews
Back to top
Get to Know Us
Make Money with Us
Let Us Help You
And don't forget:
© 1996-2021, Amazon.com, Inc. or its affiliates