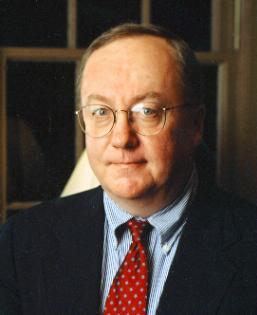 by Steven J. Zaloga (Author), Ian Palmer (Illustrator)
4.4 out of 5 stars 64 ratings
See all formats and editions
Sorry, there was a problem loading this page. Try again.

The sequel to French Tanks of World War II (1), this title focuses primarily on France's cavalry armored vehicles, including the light reconnaissance tanks such as the AMR and AMC families, the famous Somua S.35 cavalry tanks and the extensive array of armored half-track and armored cars used by the French cavalry. Specific attention is also paid to tanks considered important from a numerical standpoint such as the Hotchkiss H-35/H-39 series. Featuring specially commissioned profile artwork, photographs and illustrations, French Tanks of World War II (2) provides detailed insight into the background and design of these tank types and presents a brief, yet thorough assessment of their performance during the Battle of France.
Read more
Previous page
Next page

"This is a very good book. As a reference for history buffs it hits the mark for providing an amazing amount of information." --www.amps-armor.org (August 2014)

"This book covers the early initiatives into mechanized cavalry as well as the various tanks used. This includes various Renault tanks, the Souma S 35, the Hotchkiss H 35 and H39 as well as the Panhard AMD 35. A goodly portion of the book covers the performance of French units during the 1940 invasion and is followed by French use of armored tanks after the 1940 Armistice that includes use in the Levant and Indo-China. It also covers use during the Allied invasion in November 1942. All of this is accompanied by superb period photos and the excellent art work of Ian Palmer. In all, it makes for a great primer on French cavalry tanks and AFVs. A book that I very much enjoyed reading and from which I learned a lot. Highly recommended." --Scott van Aken, www.modelingmadness.com (July 2014)

The second of two volumes looking at French tanks of World War II - this title focusing on the armored cavalry vehicles and specialized types.

Ian Palmer is a highly experienced digital artist with two decades of experience in the video games industry, both as a 3D artist and an Art Director. He has a passion for military history, gaming and riding his motorbike. He lives in Warwickshire with his wife, daughter and menagerie of pets.
Read more
Start reading French Tanks of World War II on your Kindle in under a minute.

4.4 out of 5 stars
4.4 out of 5
64 global ratings
How are ratings calculated?
To calculate the overall star rating and percentage breakdown by star, we don’t use a simple average. Instead, our system considers things like how recent a review is and if the reviewer bought the item on Amazon. It also analyses reviews to verify trustworthiness.

Kindle Customer
5.0 out of 5 stars a good read.
Reviewed in the United Kingdom on 6 October 2016
Verified Purchase
really good book as good if not better than book 1 nice photos facts and coloured plates.
Read more
One person found this helpful
Report abuse

Dan Carson
5.0 out of 5 stars Great read
Reviewed in Canada on 4 May 2016
Verified Purchase
Unfortunately there isn't a lot of information about early war French armour. This book fills the gap. A lot of great background information of French Cavalry tanks and the Cavalry in general
Read more
Report abuse

robert mcculloch
5.0 out of 5 stars Five Stars
Reviewed in Canada on 14 July 2016
Verified Purchase
thank you
Read more
Report abuse
See all reviews
Back to top
Get to Know Us
Make Money with Us
Let Us Help You
And don't forget:
© 1996-2022, Amazon.com, Inc. or its affiliates