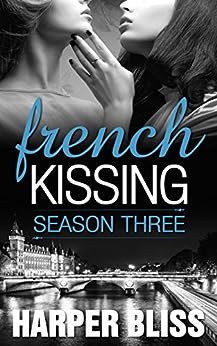 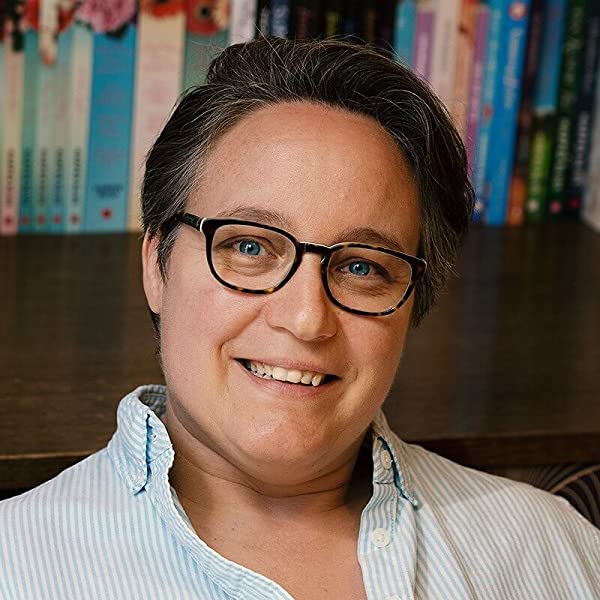 Canno55
5.0 out of 5 stars A solid conclusion
Reviewed in Australia on 28 February 2016
This is possibly going to me my shortest ARC review ever because, let's face it, if you've read and enjoyed the previous 2 'seasons' in this series, you'll be curious about the third and all you really want to know is:

Is this 'Season' so bad that I'll wish I'd never read it & try every means possible to erase it from my memory ala Season 6 of the L Word?

And, to be honest, I'm reluctant to say much more than that. But for those of you wanting a little teaser of what to expect I will say:

- yes we get some 'happily ever after' moments without those being unbelievable or OTT
- there are some more nice pwoar scenes, although far fewer than what I was expecting TBH
- I was left ever so slightly disappointed. I felt like there were a couple more chapters left to truly wrap up the story (particularly Steph's storyline arc)

If you haven't read the previous 2 seasons, then you need to before tackling this one. It is not designed to be stand alone [as evidenced by the fact that a condition on receiving an ARC of this book from the author was that we had read the previous two entries in the series].

I read the other two series before I started reviewing - but I will say Season 2 was my favourite of the three. Overall the French Kissing series are not my favourite works by Bliss so I'm not that sad to let these character go but, that's comparing them against Bliss' own high standard. In other words, they were still absolutely worth the price of admission and then some.

Overall a solid, if unremarkable, conclusion to a solid series.
Read more
One person found this helpful
Helpful
Report abuse

SAB
5.0 out of 5 stars through good and bad
Reviewed in Australia on 25 February 2016
I didn't want this series to end. I'd followed the characters journeys, through good and bad. Can't we get a little more Harper?
If you haven't read the first two you are in for a treat and or if you have but haven't read Season three, do yourself a wonderful favour and dive in.
Read more
Helpful
Report abuse
See all reviews

Kindle Customer
5.0 out of 5 stars Now what am I going to do?
Reviewed in the United Kingdom on 4 April 2016
Verified Purchase
The series has ended. It's a great series with excellent characters and an awesome storyline. You experience so many different emotions throughout the series. Harper takes you on an exquisite adventure which just improved the more you read. I'll openly admit I'll miss them all, although it was nice to see a happy ending. French Kissing is a remarkable piece of work which I would encourage you to read. But not only read but experience. Have fun.
Read more
Report abuse

BernieM
2.0 out of 5 stars Disappointing.
Reviewed in the United Kingdom on 7 June 2018
Verified Purchase
See my comments re Seasons 2 and 4.
Read more
Report abuse

Ariana
5.0 out of 5 stars Loved French Kissing 1&2 and enjoyed Season 3 very much!
Reviewed in the United States on 24 February 2016
Verified Purchase
I had the privilege of reading French Kissing: Season Three (FK: S3) before it was released, and I have to say that Harper Bliss delivers once more! The development of the characters, their relationships and issues through French Kissing Seasons 1 & 2 bring a strong Season 3. There is a six months period between seasons 2 & 3 and characters and relationships have evolved. If friendship was the key during previous seasons to keep this group together, FK: S3 will test that friendship to a breaking point all over again. In the meantime, HB brings a deeper view to the relationships- as friends and lovers- between all the characters, who will have prove the strength and resiliency of their mutual love.

The relationship between Juliette & Nadia has been strong throughout the seasons, but not without ups and downs. The lack of complete honesty and the stance for “gentle communication”, instead of statements that could hurt the other one’s feelings, have cause insecurities and angst feelings in both of them. In Season 3, they are married, but they still will have to find the way to solidify their relationship, because they will have to prove their unconditional and everlasting love for each other.

During Season 2, Claire & Margot had ended their relationship, which brought upon Margot’s accident. In Season 3, Margot has recovered and while struggling with guilt for driving under the influence, she is back at work. Claire and Margot had been moving towards friendship, but had not remained too close. However, in Season 3 their friendship will serve as their silver lining, when Margot becomes Claire’s protector and supporter during hardship times. Their time together will cement their relationship, but even more will help them understand their hope for love and companionship.

When it comes to Stephanie & Dominique, at the end of Season 2 they are about to cross a bridge that could end Dominique’s presidential candidacy. Once the video produced by Barbier & Cyr is launched, Stephanie & Dominique’s lives will take a turn. In Season 3, their lives have changed, after the positive reaction the video triggered. Their love is strong enough to overcome the opposition of the conservatism of Dominique’s’ family and political followers, but the pressure of the political campaign is getting the best out of Stephanie. Dominique had grown up under the political scrutiny and she thrives in such stressful setting. However, Stephanie finds herself in a very uncomfortable and unexpected situation when it comes to her sexual disposition. Willing to save their love, Stephanie will accept Dominique’s idea of pursuing professional help.

I enjoy reading and have the tendency to identify one character that becomes my favorite throughout the story. With French Kissing, instead of the story of one specific character, the story of Stephanie & Dominique’s love was my favorite during seasons 1&2. However, FK: S3gives each couple a special touch, making difficult for me to side with one couple over the other. I believe this season is the perfect ending for the French Kissing series, and if you took the time to read this review, I hope you take the time to read the book. You’ll like it!
Read more
3 people found this helpful
Report abuse

Julia
5.0 out of 5 stars French Kissing, another good read from Harper Bliss
Reviewed in the United States on 4 March 2016
Verified Purchase
Harper Bliss has written several novels, novelettes and short stories in the past four years and I thoroughly enjoyed reading all of them. The serial French Kissing is definitely one of my favorites.

A definite re-read for me now the whole series is complete.
Read more
One person found this helpful
Report abuse
See all reviews
Back to top
Get to Know Us
Make Money with Us
Let Us Help You
And don't forget:
© 1996-2021, Amazon.com, Inc. or its affiliates