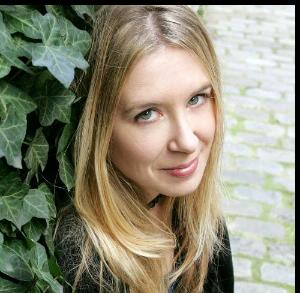 by Sanderson Catherine (Author)
3.6 out of 5 stars 6 ratings
See all formats and editions
Sorry, there was a problem loading this page. Try again.

Name- Sally Marshall
Status- single mother
Age- 32
Nationality- ten years in France, yet still English through and through.
I like- living in Paris, playing with my daughter Lila (four-years-old), the company of good friends, the smell of baking bread . . .

So reads Sally's ad, posted on a French online dating site called Rendez-Vous. Sally left Nicolas, her French boyfriend of ten years and Lila's father, after she discovered that he was having an affair with his secretary. Six months have now passed, and although most of the time she feels like she's just dashing around like a headless chicken, she's beginning to bounce back.

But making a new start is fraught with complications. As she meets freshly-single Frédéric for a drink, spends the night with charmer Manu and runs away from ex-pat Marcus, she wonders- can she find a way to reconcile motherhood with single womanhood? To what extent can she keep Lila and her love life separate? And can she truly ready to turn her back on Nicolas?

'Why and often wise' INDPENDENT

'I loved it' INDIA KNIGHT

Catherine Sanderson has been living in Paris for more than a decade, and has been blogging under the pseudonym Petite Anglaise since July 2004. Her website is one of the most widely read and best-loved British personal blogs. She lives in the working class cultural melting pot of Belleville with her daughter.
Start reading French Kissing on your Kindle in under a minute.

Leah
1.0 out of 5 stars French Kissing
Reviewed in the United Kingdom on 26 September 2009
Verified Purchase
Sally Marshall is single for the first time in 10 years as she's just split up with her partner Nico. So in a bid to get herself back on the market, Sally decides to set up a dating profile on popular French dating site rendez-vous. However being a single mum to her four-year-old daughter Lila means Sally feels she limited to the men she may be able to meet. She doesn't have to worry too much though and ends up going on a succession of dates... Can she find true love again?

Having hated Catherine Sanderson's debut - her true life story Petite Anglaise - I always said I was going to give her fiction debut a try. It wasn't as bad as Petite Anglaise but it wasn't really any better to be honest. Since the book is dedicated to her online-date-turned-husband M, I assume French Kissing is part based on Catherine's own experiences of online dating. That for me isn't necessarily a problem but it's hardly a unique plot.

Like I struggled to sympathise with Catherine herself in Petite Anglaise, I also struggled to sympathise with Sally Marshall. No, she didn't deserve to find out about Nico's affair like that, but apart from that I felt no sympathy for her. I also couldn't imagine she would be someone I'd ever have as a friend, either. The complete dis-regard she has for herself when going out on these online dates is shocking. She is a mother to a four-year-old daughter, Lila, yet gets so drunk she ends up having to spend the night with a man she hardly knows. She also (albeit once) takes drugs - which I found shocking. Just because Lila was away at the time doesn't justify the fact Sally took ecstasy - it came across as irresponsible rather than the care-free I thin Catherine was going for there.

There aren't really any other characters in the book that are constant through-out bar maybe Sally's friends Ryan, Anna and Kate but even then Sally is getting all uppity because Ryan and Anna seem to hit it off and she starts to feel left out. Again, quite childish antics from a supposed adult. At times, Sally acted like a petulant teenager when she was supposed to be a grown-up woman and I just found her incredibly annoying. Maybe she doesn't have a hectic social life nor can she stay out just as parties "get exciting" but she has her daughter and she seemed to forget that. It's as if she resents her daughter and it isn't really her daughters fault.

The worst part for me, though, was when Sally agreed to go home with one of her online dates and spent the night. The next morning Sally implies what the man does to her as "like rape except I didn't say no" which really surprised me. I understand that's how Sally saw the whole thing but it comes across in bad taste.

Another thing I struggled to understand was how easily Sally fell for one of her online dates. I thought she obsessed over him something chronic and I just wished that the man in question would just ring her already! I mean it wasn't as if there was anything particularly likeable about the man, nor does he give Sally a hint he felt the same so it all seemed irrelevant. I also thought she treated Matthias shamefully. She was alleged to be head-over-heels with Jeremy but spends the night with Matthias. HUH?

Overall, it really wasn't a great read. I found that it drifted off at the end and I couldn't finish it quick enough. There was nothing at all really likeable about the book. The writing was nothing special and since it was all from Sally's viewpoint I got rather annoyed at times at everything Sally was doing. There was no saving grace especially since the synopsis on the back hints at a possible reconciliation between Nico and Sally but nothing of the sort arose. Although I suppose the saving grace was I finished it so quickly. One last thing... to name a character Catherine when the author's name is Catherine comes across as ridiculously lazy. Never have I seen an author write a book and use their name for a character. I thought French Kissing would be a funny tale of learning to love again after being cheated on. It was nothing like I expected. I think, for me, this is it with any Catherine Sanderson books.
Read more
16 people found this helpful
Report abuse

J. Catterson
3.0 out of 5 stars Seems a lot like her other book.
Reviewed in the United States on 17 January 2010
Verified Purchase
I enjoyed reading Catherine Sanderson's debut novel I think because it was based on a true story. This book seems like the same thing, only with the names changing. I was a little disappointed in the content but it was able to keep me interested.
Read more
One person found this helpful
Report abuse

Halcyon
4.0 out of 5 stars Great beach read
Reviewed in the United States on 2 September 2010
Verified Purchase
French Kissing was an entertaining read. The characters are believable and it was easy for me to sympathize with all of them. I also lived in France for a number of years and found it nice to hear about all the old places, etc.

A very enjoyable read overall. I look forward to her next novel.
Read more
Report abuse
See all reviews
Back to top
Get to Know Us
Make Money with Us
Let Us Help You
And don't forget:
© 1996-2021, Amazon.com, Inc. or its affiliates