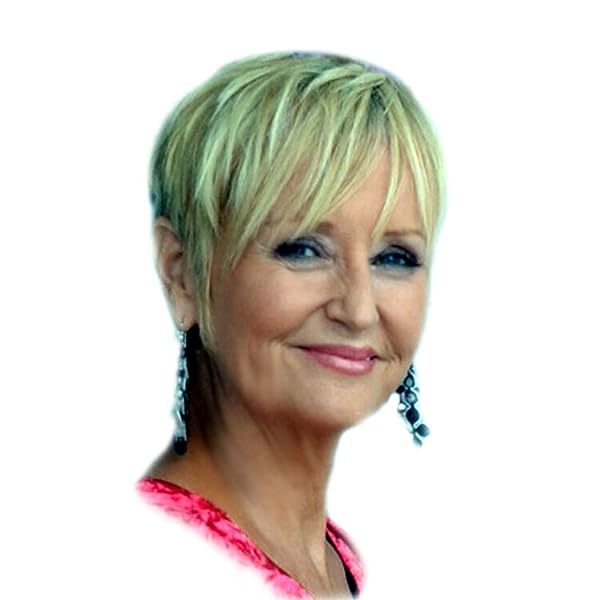 by Jasmuheen (Author)
3.9 out of 5 stars 3 ratings
See all formats and editions
Sorry, there was a problem loading this page. Try again.

THE FREEDOM MATRIX Being Source Fed with Jasmuheen - In this 8th book on the fascinating topic of human potential and Source Feeding, Jasmuheen goes into the automatic writing process to bring through many messages from the Light Beings from the Unified realms and how they used Source feeding to ascend their civilisations and planetary systems out of the zone of duality and into the Matrix of Freedom, an energy web that permeates all life. They share, “Your Earth and her people are at a point of evolution that we ourselves encountered eons ago. We too had misused our planetary resources and had found ourselves suffering great disease on physical, emotional, mental and yes even spiritual levels. However, through our journey of evolution and with the help of the sages who walked among us, we were able to transcend these states by increasing the vital life force in all. This in turn changed both our individual and planetary radiations to the degree that we were naturally magnetised into the Unified field and there we have remained. Many star systems have achieved this while others ended in total devastation annihilating the species within them - human, animal and the planet itself, thus we have watched and learned the intricacies of ascending a world. Individual, global and even universal ascension is an art and a science of which we now freely share for you are our Star Being family, long ago extended-descended from our realms. Our message is that the Freedom Matrix is within all sentient life for all to activate and enjoy when they are ready.”
Read more
Previous page
Next page

Page 1 of 1 Start overPage 1 of 1
Previous page
Next page
Start reading The Freedom Matrix: Being Source Fed on your Kindle in under a minute.

Jasmuheen was born in Australia in 1957 to Norwegian immigrants. After a successful career in computer programming and finance she began researching then writing empowering metaphysical literature that was based on her own experiences of decades of deep meditation which she began in the early 1970's.

In 2000 she was awarded the IgNobel Prize for literature for her controversial book "Pranic Nourishment" which is available - like many of her 37 books - in 18 languages.

A controversial figure Jasmuheen's main focus is on world health and world hunger issues and the projects of The Embassy of Peace for which she is an Ambassador, spending 5-6 months traveling each year for the last few decades. Her tour schedule can be found on her website under her Event-Tour calendar.

Jasmuheen is also a film-maker with nearly 500 videos on her YouTube channel, an artist, musician and President of the Global Congress of Spiritual Scientists in Pyramid Valley Bangalore India.

She writes:- True Magic … “When we open ourselves to experience the true magic and the pure heart, that lies behind so many cultures, we can go beyond prejudice, limitation and fear, for deep within the human heart is a natural rhythm of harmony that is longing to be released. I have found that when we celebrate our differences we unify with each other in a field of appreciation that is unparalleled to the alternative we have known – the field of gossip and judgment which can perpetuate loneliness and separation. When we seek to understand what another appreciates about their own way of life, and when we take the chance to see their life and the beauty of their culture though their eyes, this action and choice can eliminate feelings of both fear and separation and bond us deeply.” Jasmuheen

Jalien Shandler
5.0 out of 5 stars A Luminous Gem
Reviewed in Canada on 25 December 2020
Verified Purchase
I found much wisdom and guidance in this book. Both the transmissions & Jas's comments & stories gave me fresh insights that provided timely insights on my spiritual journey. I highly recommend it!!**!!
Read more
Report abuse

Taylor Skinner
2.0 out of 5 stars Not as good as her other books.
Reviewed in the United States on 21 August 2021
Verified Purchase
I like Jasmuheen and her other books but this one is not an instructional book. It is a channeled book that is written from the energy flowing through her. I’ve listened to channeled books before and they all have to be taken lightly because it’s not divine revelation for everyone. I would rather be given instructions or insights to become source fed.
Read more
Report abuse
See all reviews
Back to top
Get to Know Us
Make Money with Us
Let Us Help You
And don't forget:
© 1996-2021, Amazon.com, Inc. or its affiliates