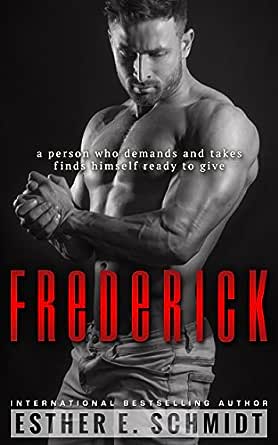 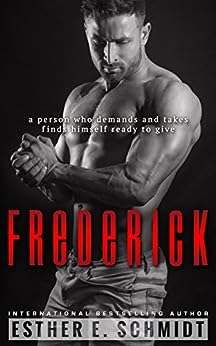 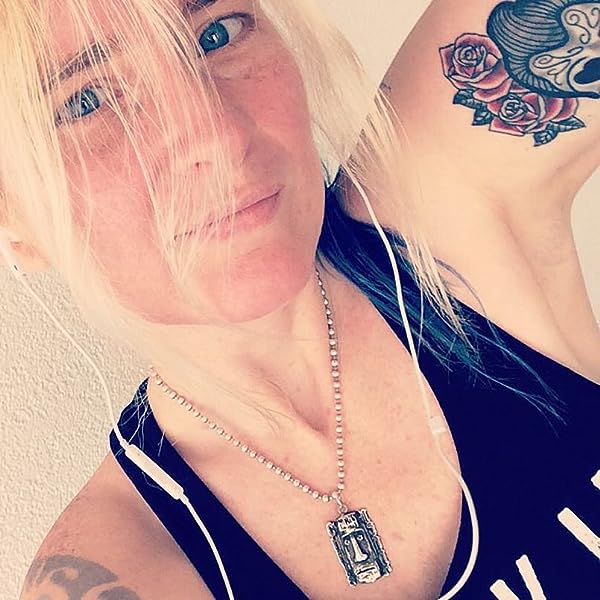 Taking the world by force is all Frederick has ever known. Domination is in his blood; which is evident in the boardroom and the bedroom. While stranded on the doorstep of his virtual assistant, Frederick finds himself in new territory. As a person who demands and takes, Frederick now finds himself ready to give.

Taryn has built her walls high with layers and layers of guilt after the deaths of her sister and nephew. Her solitary life, void of most pleasures, is her self-imposed punishment. Working is her only connection to the outside world; that is until her work barges through her front door.

Thrown together in a snowstorm, secrets are uncovered. Will Frederick break through her walls built by guilt? Can Taryn open up and let go? Or will their curiosity bring them to their knees?

Fred is just what taryn needs to unlock the grief she's been keeping inside her for the last 6 years.
From ugly cats to stunning horses, and hot kinky sex this is a ride that you don't want to miss out on.

This book can be a stand alone but Fred and taryn' story does intertwine with the Areion fury MC series:)

VidaB
5.0 out of 5 stars Alpha
15 December 2016
Format: Kindle Edition
Whew, this book was HOT and a naughty thrill ride that I did not want to see end. Frederick is dominant down to his toes and can't seem to keep one virtual assistant. Enter Taryn the one assistant who seem to stick because she gives it back to him just like he gives it to her. Stranded during a storm luck is on his side because he ends up at Taryn's home. One look has him realizing that maybe everything isn't about taking but also about giving and he wants to give her the world. Taryn is suffering through her own guilt but it doesn't help that someone is their to constantly hold it over her whenever the anniversary approaches. These two have amazing chemistry and they each are what the other needs, but of course nothing will ever be that simple there is going to be a push and pull in any relationship, but once they both accept their roles in each other lives its breathtaking. This wonderfully told story will keep you on your toes and have you begging for more even after you have finished it. I have loved everything Esther has written and I don't see that ever changing.
Read more
Helpful
Comment Report abuse

MLOR
3.0 out of 5 stars So disappointed. Every time I get into the book the ...
5 August 2018 - Published on Amazon.com
Format: Kindle EditionVerified Purchase
So disappointed. Every time I get into the book the bdsm stuff yanks me out. He treats her like a possession, an object. It gets so close to being good or intimate but then the "call me master", "sign this contract", "can't wait to show you off at the club", having an opinion or free thought "earns you 10 or 20 more swats", "you havent earned my ....yet" comes in and ruins it. It's too much. I get the point of the lifestyle but I cringed every time it came up as it broke the moment for me and seemed, to me, to allow the H to distance himself emotionally from the interactions by treating her like an object instead of as a person when they're intimate. It's so one sided. She earns spanks and swats whenever she isnt 100% just feeling and existing (basically for thinking) but all of the intimacy from his perspective is 100% thinking and no feeling but she can't call him on it without earning more spanks. It's distancing and quasi abusive. Sad because this book could have been amazing for me if not for the bdsm.
Read more
16 people found this helpful

Ruby Aparicio
4.0 out of 5 stars Great Story :)
15 May 2018 - Published on Amazon.com
Format: Kindle EditionVerified Purchase
When I first read about Frederick in Zack & Blue's story and how he was trying to seduce her, I was like "NO!!", she belongs to Zack and then we got a whole lot of twists and secrets revealed that made my head spin and we discover during Zack's book and throughout the series, that Blue (Her real name is Belle) and Frederick are actually half brother and sister, which by the way, grossed me out at the beginning because they kissed like two intense times, but hey, they didn't know so it wasn't incest if they were unaware so I got over that because it was understandable... But I've always wanted Frederick to get his own story and when he did, I jumped and pumped my fists like a maniac (yes, just like the song, Maniac, ha, ha).
I loved his chemistry, his intensity, his protectiveness, his HOT possessiveness and his domineering ways when it came to his soon to be mate for life, Taryn ;)
Now, I felt for poor Taryn, who's all alone in this world with only her beloved animals (I loved the scenes with the horses, they were so adorable and protective of not only Taryn but then of Frederick and later on, their kids), anyway I'm getting side-tracked, Taryn lost not only her beloved sister but also her nephew the same day, that most be excruciating, so she isolated herself, working by phone and writing books. She's been through a lot and for me, she's strong and I think that by letting Frederick not only in her home but also in her heart, helped her heal in a lot of ways <3
These two completed each other in many ways and I'm glad that they were able to reach their happily ever after; after fighting off an unforeseen enemy who's aim was hurting Taryn and along the way, finding out a couple of secrets from Taryn's ex brother-in-law, but I can't spoil anymore of it for you guys, so go check this story out and find out, you won't regret it ;)
I loved the epilogue :) It was beautiful and steamy at the same time, it was filled with funny moments, loving moments and above all, Frederick & Taryn made a beautiful life together and a beautiful family <3
Read more
3 people found this helpful

Emily
5.0 out of 5 stars So much fun, had me grinning throughout.
21 December 2016 - Published on Amazon.com
Format: Kindle EditionVerified Purchase
Frederick doesn't have the patience to deal with an assistant full time, that is why he hired a virtual assistant, all voice and they are paid to just get the job done. He didn't expect a hot tempered woman named Taryn to push back everytime he blasts her for other peoples idiocy, but she does and now she has the audacity to not help him out in a time of need, snow storm, she would ragther have him freeze to death.

Taryn should have known, the idiot boss man would show up on her doorstep. He has no respect for boundaries either and when he finds out that Taryn is a natural submissive he pursues her full out and she has nowhere to run. Taryn has been punishing herself for years for the death of her sister and nephew, but Frederick is putting an end to it. Frederick plans to bind Taryn to him in everyway possible.

So much fun, had me grinning throughout. Frederick is quite the man, had not realized he was tied to Zack's story until I began this one. Call me curious about Callix who is a character I am very curious about, hope his book is next. Loved Taryn she is a handful and although Frederick wants a sub she pushes back just enough to let him enjoy the chase. Wonderful read.
Read more
2 people found this helpful

chrisda
4.0 out of 5 stars Great Read
9 April 2018 - Published on Amazon.com
Format: Kindle EditionVerified Purchase
Taryn has had a lot to deal with since the death of her sister and nephew. Her brother-in-law makes sure to remind her of their passing every chance he gets and the role she plays in their passing. Due to her loss she is in hiding from the world and the trauma of their passing.

Being a virtual assistant to Frederick has not been easy but she is the only one willing to deal with his overbearing attitude. A freak storm landed Frederick on her doorstep uninvited and his dominance unlocked something deep within her which led to them testing their feelings for each other.
Read more
2 people found this helpful

Carrie Marie
3.0 out of 5 stars Sweet but too much of one element for me
3 October 2019 - Published on Amazon.com
Format: Kindle EditionVerified Purchase
I really liked the premise of this story, and enjoyed Fred & Taryn, Smeagol, Abe & Tybo. The animals have great personalities!! This was a fun read, and I highly enjoyed it except for one major aspect.

The BDSM was MUCH heavier than I like, and I didn't realize it was going to be like that when I started, so it was a bit of a shock. I'm super picky w/ this particular style & this just didn't work for me. HOWEVER if you like stories that are heavier on the scene (no shared partners or anything like that - the H/h are only w/ each other), those parts may have been done well (I can't judge since I don't like them! LOL). And I did like the peek into the future we were given in the epilogue. : )
Read more
Go to Amazon.com to see all 44 reviews 4.6 out of 5 stars
Get FREE delivery with Amazon Prime
Prime members enjoy FREE Delivery and exclusive access to movies, TV shows, music, Kindle e-books, Twitch Prime, and more.
> Get Started
Back to top
Get to Know Us
Make Money with Us
Let Us Help You
And don't forget:
© 1996-2020, Amazon.com, Inc. or its affiliates