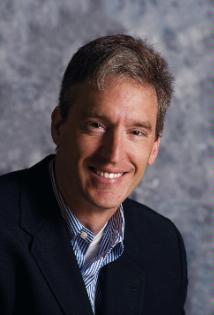 Freakonomics REV Ed: A Rogue Economist Explores the Hidden Side of Everything Paperback – Large Print, 21 November 2006

"The funkiest study of statistical mechanics ever by a world-renowned economist... Eye-opening and sometimes eye-popping"--Entertainment Weekly

"A showcase for Levitt's intriguing explorations into a number of disparate topics.... There's plenty of fun to be had."--Salon.com

"An easy, funny read. Many unsolvable problems the Americans have could be solved with simple means."--Business World

"An eye-opening, and most interesting, approach to the world."--Kirkus Reviews

"Economics is not widely considered to be one of the sexier sciences.... Steven D. Levitt will change some minds."--Amazon.com

"Freakonomics is politically incorrect in the best, most essential way.... This is bracing fun of the highest order."--Kurt Andersen, host of public radio's Studio 360 and author of Turn of the Century

"Freakonomics was the 'It' book of 2005."--Fort Worth Star-Telegram

"If Indiana Jones were an economist, he'd be Steven Levitt... Criticizing Freakonomics would be like criticizing a hot fudge sundae."--Wall Street Journal

"Levitt is one of the most notorious economists of our age."--Financial Times

"One of the decade's most intelligent and provocative books."--The Daily Standard

"Principles of economics are used to examine daily life in this fun read."--People: Great Reads

"Steven Levitt has the most interesting mind in America... Prepare to be dazzled."--Malcolm Gladwell, author of Blink and The Tipping Point

"The trivia alone is worth the cover price."--New York Times Book Review

Which is more dangerous, a gun or a swimming pool? What do schoolteachers and sumo wrestlers have in common? Why do drug dealers still live with their moms? How much do parents really matter? How did the legalization of abortion affect the rate of violent crime?

These may not sound like typical questions for an economist to ask. But Steven D. Levitt is not a typical economist. He is a much-heralded scholar who studies the riddles of everyday life--from cheating and crime to sports and child-rearing--and whose conclusions turn conventional wisdom on its head.

Freakonomics is a groundbreaking collaboration between Levitt and Stephen J. Dubner, an award-winning author and journalist. They usually begin with a mountain of data and a simple question. Some of these questions concern life-and-death issues; others have an admittedly freakish quality. Thus the new field of study contained in this book: Freakonomics.

Through forceful storytelling and wry insight, Levitt and Dubner show that economics is, at root, the study of incentives--how people get what they want, or need, especially when other people want or need the same thing. In Freakonomics, they explore the hidden side of . . . well, everything. The inner workings of a crack gang. The truth about real-estate agents. The myths of campaign finance. The telltale marks of a cheating schoolteacher. The secrets of the Ku Klux Klan.

What unites all these stories is a belief that the modern world, despite a great deal of complexity and downright deceit, is not impenetrable, is not unknowable, and--if the right questions are asked--is even more intriguing than we think. All it takes is a new way of looking.

Freakonomics establishes this unconventional premise: If morality represents how we would like the world to work, then economics represents how it actually does work. It is true that readers of this book will be armed with enough riddles and stories to last a thousand cocktail parties. But Freakonomics can provide more than that. It will literally redefine the way we view the modern world.

Steven D. Levitt, a professor of economics at the University of Chicago, was awarded the John Bates Clark Medal, given to the most influential American economist under forty. He is also a founder of The Greatest Good, which applies Freakonomics-style thinking to business and philanthropy.

Stephen J. Dubner, an award-winning journalist and radio and TV personality, has worked for the New York Times and published three non-Freakonomics books. He is the host of Freakonomics Radio and Tell Me Something I Don't Know.

Stephen J. Dubner is an award-winning author, journalist, and radio and TV personality. He quit his first career--as an almost rock star--to become a writer. He has since taught English at Columbia, worked for The New York Times, and published three non-Freakonomics books.

4.5 out of 5 stars
4.5 out of 5
1,845 global ratings
How are ratings calculated?
To calculate the overall star rating and percentage breakdown by star, we don’t use a simple average. Instead, our system considers things like how recent a review is and if the reviewer bought the item on Amazon. It also analyses reviews to verify trustworthiness.

Amazon Customer
1.0 out of 5 stars Misleading
Reviewed in the United Kingdom on 17 November 2020
Verified Purchase
Base in fake fact and misleading information at reading the data.
Read more
Report abuse

p
4.0 out of 5 stars as described
Reviewed in the United Kingdom on 9 January 2018
Verified Purchase
as described
Read more
Report abuse
See all reviews
Back to top
Get to Know Us
Make Money with Us
Let Us Help You
And don't forget:
© 1996-2021, Amazon.com, Inc. or its affiliates