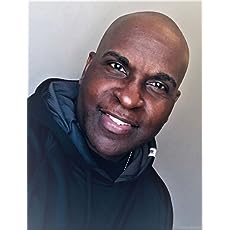 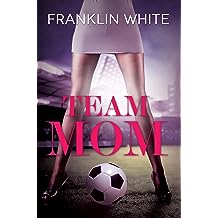 Team Mom (Urban Books) 01/05/2014
by Franklin White
$16.14
Franklin White has a knack for making his novels appear like movies on the big screen. Team Mom is no different. It's a most welcomed drama of sacrifice and heroism in an unwelcomed moment in the community.
After three years, Roy Madison, aka Coach, feels as though he has healed from the death of his wife and twins in a car accident. He now juggles his time between volunteering as a recreational youth football coach and working as a full-time public relations mouthpiece for the local police department. When he attracts the attention of Shonda Black, the mother of one of his football players, they begin a steamy affair. Little does she know that her involvement with Coach will put her son in harm's way.
After an unsolved assault on an elderly woman, Coach becomes fed up with crime in the community and takes it upon himself to find the culprit. The closer he gets to apprehending the criminal, the more dangerous things become for him and everyone around him. Will Coach be able to stop the crimes unfolding seemingly right before his eyes?
Read more
Other Formats:: Paperback
includes tax, if applicable 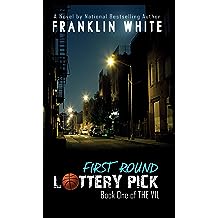 First Round Lottery Pick (Urban Renaissance) 01/01/2014
by Franklin White
( 1 )
$7.93
Langston Holiday lives with his no-nonsense mother in the gritty public housing projects of Poindexter Village, better known as "The Vil," after his father abandons them. Without any assistance, his mother is determined to make a man out of Langston—and she's doing a pretty good job. By the end of his senior year, Langston is one of the best high-school basketball players in the nation. That's when he makes the biggest decision of his life: to forgo college and enter the professional ranks.
When word hits the streets about Langston's success, his newfound wealth stirs up plenty of envy in the projects, sparking a wave of unthinkable drama and crime. He's being relentlessly pursued by Toy Daniels, a has-been athlete who's determined to sign Langston to his newly formed sports agency. Langston's best friend, Jalen, becomes involved in shady dealings with people who are known for nothing but trouble, and his girlfriend, Tori, is quickly becoming fed up with Langston's wandering ways. Suddenly, Langston doesn't know who he can trust.
This gripping novel from bestselling author Franklin White realistically depicts the pitfalls of basketball stardom, when large amounts of money fall into the hands of people who've never known anything but poverty and struggle.
Read more
Other Formats:: Hardcover , Paperback , Mass Market Paperback
includes tax, if applicable 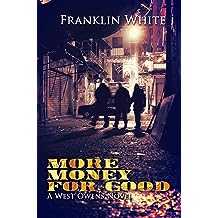 More Money For Good (Urban Renaissance) 01/09/2013
by Franklin White
( 1 )
$15.64
West Owens has been able to move his life along very nicely over the years, repairing one car at a time in the auto repair shop that he's always dreamed of owning. When Mrs. Shirley Bullock calls and asks for a favor, he is more than happy to oblige—even though it means taking a chance and hiring her ex-con grandson, Tavious Bell, to work with him.
As soon as Tavious gets accustomed to living outside of prison walls, he divulges to West a shocking secret. During his twenty-year stint behind bars, he has been sitting on something very near and dear to his heart: two million dollars! The problem is that someone has it, and Tavious has no idea who that could be.
Once again, and much sooner than expected after promising his live-in girlfriend Lauren that he is finished poking around in other people's business, West finds himself in a dangerous situation. It takes him and his circle of friends into the darkness of the city of Atlanta—which they never knew existed—to help his new employee recover missing money that, if they find it, could benefit them all.
Read more
Other Formats:: Paperback
includes tax, if applicable 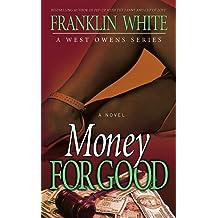 Money for Good: A Novel (West Owens) 08/05/2010
by Franklin White
( 1 )
$10.99
From the author of the Blackboard bestseller Fed Up with the Fanny comes another fast-paced urban thrilled, the story of a man who, for the love of money, will face the underground worlds of scandals, sex -- and street justice.

West Owens needs money and has struggled his entire life to get it. When the oppotunity of a lifetime comes his way, he does not hesitate...despite the risks that put his life in danger. Soon he finds he has more money that he's ever seen -- and he'll do anything to keep it.

In Money for Good, Franklin White, acclaimed author of the bestsellers Fed Up with the Funny and Cup of Love, brings readers yet another high-energy thriller about temptation, greed, and justice. When readers first meet West Owens, he is a small-time businessman who can count his friends on one hand and the amount in his bank account on the other.

When he is summoned for grand jury duty, however, he is introduced to Lauren Richards. Resourceful and ruthless, Lauren is able to drag West into a web of deceit involving the city of Atlanta's case against drug informant Pete Rossi. Suddenly, West finds himself in a world where charges of murder, possible prison bids, and thousands of dollars are at stake.
Read more
Other Formats:: Hardcover , Paperback
includes tax, if applicable 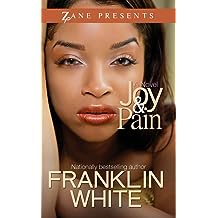 Joy & Pain 03/06/2008
by Franklin White
( 2 )
$11.99
When heartbreak tears apart two lovers, one woman must deal with the stormy aftermath of confusion, selfishness, and mental anguish. What to do when a man abandons his commitment to love? Bestselling author Franklin White creates a topsy-turvy world of passion, betrayal, and turbulent emotions, where the characters must do all they can just to keep from drowning in a sea of uncertain loyalties and loves.

Lala Paige is floating along in life with a great job, wonderful friends, and Keith, the man who stays by her side all day and night. But when she decides it's time to start thinking seriously about a family, all her well-laid plans come crashing down. Keith decides he can't remain totally committed to their relationship, and Lala won't accept anything less. As she struggles to make sense of her unraveling life, Lala must choose whom to turn to, and where her heart truly belongs. But what will she do when she discovers the real reason Keith's skipping out? Joy & Pain explores the drama of friends, hidden family secrets and lovers who attempt to endure the test of time through the eyes of one woman who's had just about as much as she can take.
Read more
Other Formats:: Paperback , Mass Market Paperback
includes tax, if applicable 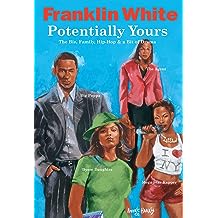 Potentially Yours 28/08/2007
by Franklin White
( 1 )
$10.99
Middle-class life meets hip-hop culture in Franklin White's compelling story of a woman on a mission to change her life -- and the price she must pay for her success.
Synthia Gage lives a very hectic life. While running a household and parenting a teenage daughter, she is also one of New York City's top literary agents -- promoting the work of celebrity authors and bringing in millions of dollars. Although her career is at the height of success, by Synthia's own standards her life is at a standstill: the live-in agreement with her ex-husband has expired, her daughter is preparing for college, and her best friend's never-ending problems are more than she can handle. Ready to shake up her life and reach her full potential, Synthia agrees to represent hip-hop's notorious female rapper Lil' Shae -- despite the star's raunchy lyrics and lewd dress code. But when Synthia's daughter idolizes and befriends Lil' Shae, Synthia discovers her new life is far from what she hoped it would be.
Read more
Other Formats:: Paperback , Mass Market Paperback
includes tax, if applicable
Back to top
Get to Know Us
Make Money with Us
Let Us Help You
And don't forget:
© 1996-2020, Amazon.com, Inc. or its affiliates