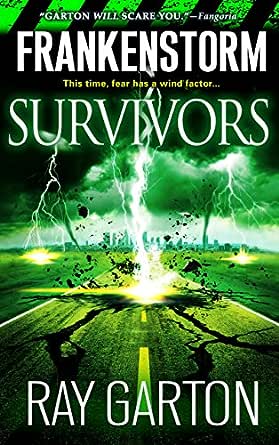 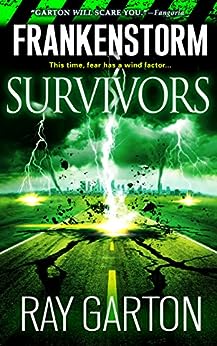 There are things worse than death. . .

In the sixth and final installment of Ray Garton's Frankenstorm, a devastated California community must fight for their lives—or fall prey to a bio-engineered nightmare far worse than death. . .

They were told to prepare for the worst. The storm of the century, Hurricane Quentin. But nothing could prepare the citizens of Humboldt County for the shocking chain of events that would touch everyone in its path. In a secret government lab, a biological weapon has been injected into homeless test subjects and unleashed upon the world. A band of survivalists have unwittinglyexposed themselves to this man-made infection that turns them into rabid killing machines. In homes across the coast, mothers, fathers, and children struggle to stay alive while a few brave souls—virologist Fara McManus, blogger Ivan Renner, and Sheriff Mitch Kaufman—will risk more than their lives. . .in what could be humanity's last stand.

Many will fall prey to the chaos. Because .when terror hits the fan, there is no shelter from the storm.

"Ray Garton is, and always has been, one of horror fiction's great innovators."—F. Paul Wilson

"Garton never fails to go for the throat!" —Richard Laymon

"Garton has a flair for taking veteran horror themes and twisting them to evocative or entertaining effect." —Publishers Weekly

"Garton does not even know that there is top to go over." —Rick Kleffel, The Agony Column

"Ray Garton has consistently created some of the best horror ever set to print." —Cemetery Dance magazine

Mary D. Adams
1.0 out of 5 stars I have enjoyed "Frankenstorm", the first book
14 January 2016 - Published on Amazon.com
Verified Purchase
I have enjoyed "Frankenstorm", the first book, however, I bought all of the books listed, after the first one and they all are 7-10 chapters
long, and they are all (part) of the exact same story, word for word, in Frankenstorm the first book. I have no idea whether this is an error
on someone's part, author wise or downloaded wrong from Amazon. I did enjoy the first book, as did my husband, but we are very disappointed in
this error, or problem with the subsequent books. Please advise.
Read more

lisa
1.0 out of 5 stars Short story
21 June 2017 - Published on Amazon.com
Verified Purchase
This wasn't a book it was a short story to make you buy the other book. Every series is a short story. Waste of money.
Read more

A.R. Braun
5.0 out of 5 stars Excellent End to the Series
30 June 2014 - Published on Amazon.com
Verified Purchase
The Frankenstorm series ends on a frightful and sickening note, the climax a perfect wrap-up. You read this last long short story rooting for the characters you've become attached to and hoping they'll be survivors.
Read more

CoachD
5.0 out of 5 stars What is Everyone Waiting For? Come on board!
19 February 2014 - Published on Amazon.com
What is everyone waiting for? Jump on board this exciting series now! I ate up this six-part story as fast as I could. Are you waiting until May when the complete collection comes out? I got hooked on the FREE 1st part and got caught up in this series right off.

All the elements of a good thriller are here: an isolated small town, cut off by a Cat 8 hurricane, a secret goverment lab, a totally off his rocker deputy, a concerned father and also a concerned mother, a large number of kidnapped test subjects who have been turned into crazed killer maniacs, and a determined do-gooder and his small army trying to free those homeless test subjects. Whoop!! The test subjects got free (carrying a deadly maniace virus in them) and soon all hell brakes loose. The body count starts to rise....The deputy (who doesn't need any help being crazy) adds to that body count (and adds and adds, and so on). These maniacs are not zombies, but crazed killers....similiar to those in 28 Weeks Later [HD].

Each one of these six stories are short in length, anywhere from 43 to 58 pages. It only took me a short time to zip thru each one. As mentioned the 1st part is available free from Amazon, and I got parts 2 to 6 from a digital library. But I will probably get the completed collection in May, to have on hand and re-read the whole darn story. I would LOVE to see this either as a movie, or a mini-series on cable.

I rated the 1st two parts 4-stars and parts 3 to 6 with 5-stars. I loved the whole series. If you like exciting/thrilling stories, great characters, and good writing, I would suggest getting the 1st part and checking this series out. Once I read the 1st part I could not stop. I had to read what happend next...
Read more
One person found this helpful
Go to Amazon.com to see all 5 reviews 3.2 out of 5 stars
Get FREE delivery with Amazon Prime
Prime members enjoy FREE Delivery and exclusive access to movies, TV shows, music, Kindle e-books, Twitch Prime, and more.
> Get Started
Back to top
Get to Know Us
Make Money with Us
Let Us Help You
And don't forget:
© 1996-2020, Amazon.com, Inc. or its affiliates