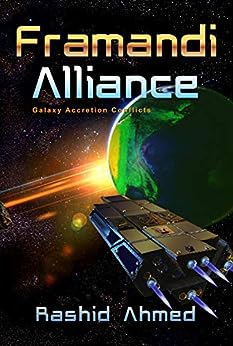 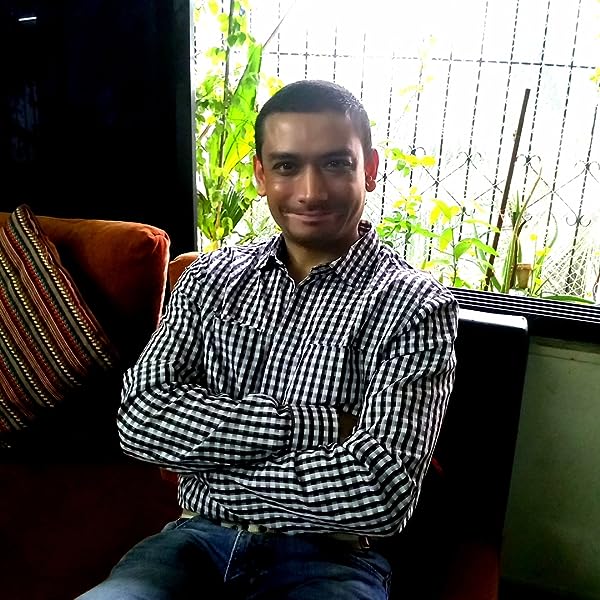 Rajiv menon
5.0 out of 5 stars A great sci- fi journey...
Reviewed in Australia on 13 December 2019
Verified Purchase
A great read for sci-fi fans, can’t wait for a follow up book.Someone grab this and put it on the big screen.....
Read more
Helpful
Report abuse
See all reviews

MR CHRIS BUXTON
5.0 out of 5 stars A modern sci-fi ride you will never forget
Reviewed in the United Kingdom on 3 June 2020
Verified Purchase
This book really is a superbly paced action-packed sci-fi story, one you will remember for ever. The substance kept me gripped, via the use of science and technology - that you could easily see being used soon, or one could speculate are already being used today! Subjects such as biological, trans-human, molecular, astrophysical, AI, quantum computing are all included. It is vividly apparent the author extensively carried out his research on these subjects.

The plot is clearly carefully thought out - and delivers a believable and entertaining page turner, making a sci-fi story for today’s world. This book truly is an enjoyably read for sci-fi fans and conspiracy theorists. Mostly devised from the story beginning with a secretive group who get hold of alien artifacts, and of course they reverse engineer the technology, creating anti-gravity propulsion.

The crew embark on a deep-space mission, and make contact with non-hostile aliens, known as the Framandi – This is where all the awesome action really kicks off…This book would make one amazing movie or even trilogy. For his first novel, this was excellent, well done indeed sir, and I look forward to his next sci-fi book!

Anthony Redden
5.0 out of 5 stars A compelling new voice in science fiction
Reviewed in the United Kingdom on 17 March 2020
Verified Purchase
Rashid Ahmed is a compelling new voice within science fiction adventure. The Framandi Alliance is a wonderful first insight into the mind of this emerging author. The characters are well developed and fleshed out to make the action believable but also importantly so the reader can engage with them. There is a fantastical element to the storyline and yet it also feels quite plausible and somewhat frightening. Well written and enjoyable to read. Hopefully the start of a long line of books in a similar vein.
Read more
Report abuse

J.B. Murray
4.0 out of 5 stars First Impressions
Reviewed in the United Kingdom on 25 July 2020
Verified Purchase
A good story but to my mind a little bit disjointed in so far as everything that happens at lightning speed, there is no evidence of how much time is involved. The choice of using Icelandic names is a little bit disconcerting as well as being unpronounceable!
Read more
Report abuse

Ed E. Morawski
2.0 out of 5 stars more like a thesis than a novel
Reviewed in the United States on 27 January 2020
Verified Purchase
To me the ‘Framandi Alliance: Galaxy Accretion Conflicts’ reads more like a college thesis than a novel. Even the title is unwieldy and rather pretentious. ‘Accretion’ means accumulation, so it’s Galaxy Accumulation Conflicts then? What does that mean exactly?

Next is the structure: we have a Preface and a Prologue! (And an Epilogue of course).

In the endless beginning we start all the way back at World War II at the Lysi think tank. Although the author has interpreted Lysi as (meaning ‘solution/s’ in Greek), the common usage is actually a very popular fish oil in Iceland. The only Greek reference I could find is Lysi (Greek: Λύση, Turkish: Akdoğan) is a village located in the Mesaoria plain in Cyprus.

Okay, so what, call it anything you like. The big problem was the page after page of explanation of this and that until I was literally bored to tears. Way too much dissertation and not enough storytelling. Lest you think I jest here’s an excerpt:
‘ETH research moved up in rank directly under Global Catastrophic Risk. Most research including directed human evolution through gene manipulation, AI through linked neural net machines, space technologies and robotics were brought under the ambit of GCR solutions. Publicly without identifying Lýsi, a recombinant DNA advisory committee was formed to regulate use of the technology in agriculture, ecosystem modification, animal husbandry, and genetic treatment. Reverse engineering ET artifacts UFO probe material was gathered following a 1980 incident in Britain...’
By the time we get to chapter one we are 8%, or some 38 pages, in and have not yet heard from a single character! Thankfully when we get into actual chapters some dialogue helps break up the overwhelming minutia of detail and feel of a term paper. The plot is interesting enough but the characters are not memorable and I found no one to root for or even care about. The ‘trans-humans’ are not impressive and the AIs forgettable.
Read more
One person found this helpful
Report abuse
See all reviews
Back to top
Get to Know Us
Make Money with Us
Let Us Help You
And don't forget:
© 1996-2021, Amazon.com, Inc. or its affiliates