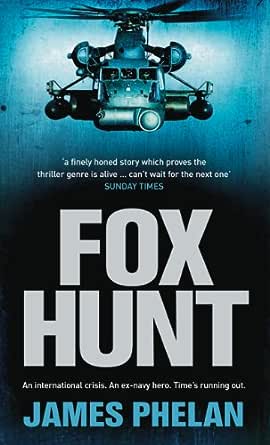 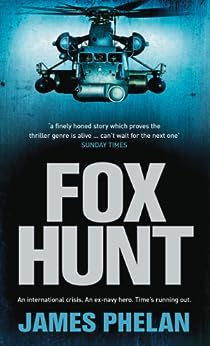 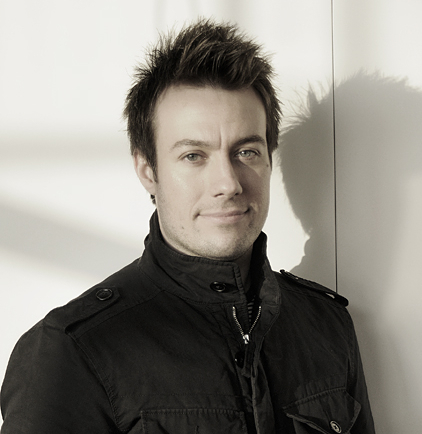 "We haven't seen an international thriller like this for a long time. Let's hope Lachlan Fox is planning on getting into more trouble in the near future!" Author: Jeffrey Deaver

"James Phelan is one of the hottest thriller writers to arrive on the scene in years." Author: Vince Flynn, New York Times bestselling author

"We haven't seen an international thriller like this for a long time. Let's hope Lachlan Fox is planning on getting into more trouble in the near future!" (Jeffrey Deaver)

"James Phelan is one of the hottest thriller writers to arrive on the scene in years." (Vince Flynn, New York Times bestselling author)

Jenny O'Connor
5.0 out of 5 stars Five Stars
13 May 2015
Format: Kindle EditionVerified Purchase
Really enjoyed reading this book and now on to the next
Read more
Helpful
Comment Report abuse

laddmarshcowboy
4.0 out of 5 stars Not Bad, but
12 January 2014 - Published on Amazon.com
Verified Purchase
This is good book but it is a Knockoff of Clive Cussler book. Here is what the back cover has to said

"High above the earth, death looms. Orbiting slowly and silently, unknown to almost all...

While most of the world's Intel resources have been tied up in Afghanistan and Iraq, the President of Chechnya has been making plans-the clock is ticking and the White House is only just starting to suspect the worst.

A world away, ex-navy operative Lachlan Fox is diving with his best friend, Alister Gammaldi, in the Indian Ocean. The two men recover a mysterious metallic object from the sea floor and trigger a chain of events with terrifying consequences.

Suddenly Lachlan Fox finds himself forced into an adrenaline-fuelled quest that takes him from Christmas Island, to the US, to Italy and the Iranian desert. His mission: to save his friend, himself...and the world."

My thoughts on the book: it's not too bad. There are few things though, sometimes the writing style kinda slow and there time when I feel like he was added some stuff just to fill pages, but overall I did enjoy this book.
Read more
2 people found this helpful

Amazon Customer
3.0 out of 5 stars Three Stars
16 July 2014 - Published on Amazon.com
Verified Purchase
kept you guessing on how it would end
Read more
One person found this helpful
Go to Amazon.com to see all 2 reviews 3.5 out of 5 stars
Get FREE delivery with Amazon Prime
Prime members enjoy FREE Delivery and exclusive access to movies, TV shows, music, Kindle e-books, Twitch Prime, and more.
> Get Started
Back to top
Get to Know Us
Make Money with Us
Let Us Help You
And don't forget:
© 1996-2020, Amazon.com, Inc. or its affiliates