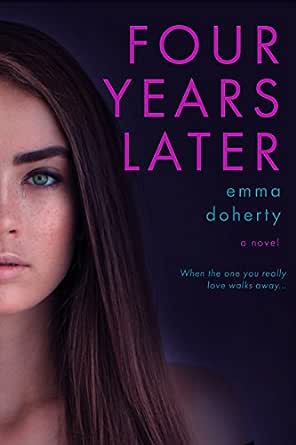 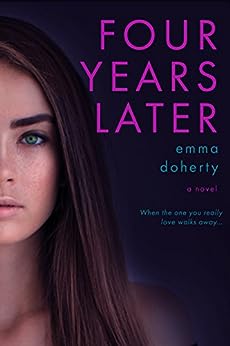 4.7 out of 5 stars
4.7 out of 5
96 global ratings
How are ratings calculated?
To calculate the overall star rating and percentage breakdown by star, we don’t use a simple average. Instead, our system considers things like how recent a review is and if the reviewer bought the item on Amazon. It also analyses reviews to verify trustworthiness.

Amazon Customer
4.0 out of 5 stars Sad beautiful.. powerful
Reviewed in Australia on 5 January 2018
Verified Purchase
I was in shattered pieces seeing the life force of Bec be taken down a million notches. This broke my heart and opened my eyes due to the ripple effect one act ( put it lightly) can change a person to their core. All the pain from Ryan and how the writer brought these characters to life. Recommended to read four doors down first.
I won't incept spoilers but I HATE ROBBIE!!
READ this and see exactly what I mean.
But you WILL be up all night READING.........

Florentina
5.0 out of 5 stars wow!!
Reviewed in Australia on 15 July 2017
Verified Purchase
This book will be a surprise after the first one! I wasnt expecting it to be so confronting and emotional but it was brilliant! I couldn't put the book down it was so good..i definitely went through a few tissues! Cant wait to read more books by the author
Read more
Helpful
Report abuse

Makonz
5.0 out of 5 stars Heartwrenching
Reviewed in Australia on 21 September 2020
I'm not sure what I expected after the first book but it wasn't this. When I realized the main character was not going to be miraculously rescued from a horrific situation but was going to have to deal with a life changing sexual assault, my heart twisted but I couldn't stop reading. I think Emma handled the assault and resulting trauma fairly realistically and with sensitivity.
Read more
Helpful
Report abuse

Claypot2850
TOP 100 REVIEWER
5.0 out of 5 stars So much emotion in this one
Reviewed in Australia on 28 April 2019
Wow! This book surprised me. The first story is a fun YA book that had me hooked on the author’s writing style. This book though, this one blew my mind. I absolutely sobbed my eyes out in this book. It’s definitely an emotional read and honestly explores the aftermath of assault for everyone involved. It’s brutal in spits and I had to pause a few times but it’s an amazing book & I absolutely recommend it.
Read more
Helpful
Report abuse

Amazon Customer
5.0 out of 5 stars This book was amazing!!!
Reviewed in Australia on 9 June 2018
I loved the change in direction in this sequel. It was written very well and I could relate so well to the characters. I thought maybe there would be no happy ending for either Ryan or Becca but was very happy they had their happy ever after. I agree that there needs to be change and this book and many others portray sexual assault at its worst. I like the strength of Becca in dealing with her recovery and thought the writing was very strong. Congratulations on a wonderful book and I would love to see more from this writer.
Read more
Helpful
Report abuse

Cheryl Joel Newton
5.0 out of 5 stars Was a hard read
Reviewed in Australia on 8 June 2019
I was recommended this series from a group I’m in. The first book is nothing like the second. I really struggled to read it. I read ever second I got and I felt every emotion and at times didn’t think I could finish it. Well worth the read.
Read more
Helpful
Report abuse

Loli
5.0 out of 5 stars Shattered
Reviewed in Australia on 6 June 2018
Excuse my while I try to pick up the broken prices of my heart. This book was an emotional rollercoaster the way Emma Doherty wrote about these very real and present issues just cut straight to the point. Honestly this book will make you want to cry but it is entirely worth it because at the end you feel such a huge catharsis.
Read more
Helpful
Report abuse

Shan
5.0 out of 5 stars Emotionally powerful
Reviewed in Australia on 11 May 2017
Whilst Four Doors Down is a charming feel good type of story.... this is not.
Four Years Later is such a breath of fresh air. It deals with sexual assault and the subsequent fallout in a gritty, yet sensitive manner.
Tissues maybe needed
Bravo!
Read more
One person found this helpful
Helpful
Report abuse
See all reviews

Lauren W.
5.0 out of 5 stars Original, heartbreaking and utterly captivating.
Reviewed in the United Kingdom on 20 July 2019
Verified Purchase
I read Four Years Later after reading Four Doors Down. I was quite sceptical because I didn’t enjoy Four Doors Down particularly - I found it tedious and juvenile for the most part, even for a story of high school romance, and the plot was nonexistent.
But Four Years Later I read in a day. I absolutely loved it. It broke my heart a few times, and I did sob at a few of the chapters, but WOW. It was both heartwarming and tragic, realistic and the plot was absolutely gripping. I couldn’t put it down.

The female protagonist Becca was an absolute dense bore in the first book, but in this one she was so much more. She was brave and broken and selfless and I just wanted to hug her!
I actually felt like shouting at the book because I felt Becca’s helplessness, vulnerability and sorrow in spades and I just wanted Ryan to give her a chance and LISTEN to her.

The male protagonist Ryan... well... I hated him, sympathised with him, wanted to slap him, wanted to shake sense into him... I went on a rollercoaster of emotions with my feelings towards him. I thought it was quite bold of the author to make you go through that motion of hating him and not making him a total victim in his own right.

To summarise, loved it. Interesting plot, gripping, realistic, heartbreaking, original and absolutely worth the read!

And a final note - Sam was an absolute diamond - the world would be a better place with more Sams!!
Read more
10 people found this helpful
Report abuse

Rozza
5.0 out of 5 stars Emotional roller coaster, from start to finish. Doherty has highlighted a unspoken topic mixing the dark and light.
Reviewed in the United Kingdom on 9 May 2017
Verified Purchase
Feelings can never be expressed after the assault Becca goes through, the author of this book does it carefully and shows both sides of the story. Right down to the thinking she won't be believed. The torture that effects everyone around the victim. Trying to regain a foothold on your own feelings whilst keeping it real. I read Four doors down and it was very good this is the second book and it hits every nerve in my body, taking you on a journey of loving and hating Ryan. Becca is a little more subdued in this one and more forgiving then I could have been. Of course the ending is not a spectacular one but how could it compete to the rest of the book.
The romantic in me wanted to hear from Ryan at the end but it's pretty obvious what's going on in his head.
If the author wants to give her readers a little treat I wouldn't mind an update on how the future turns out for this couple.....please
Read more
6 people found this helpful
Report abuse

kimmyjo
5.0 out of 5 stars Brilliant read / spoilers
Reviewed in the United Kingdom on 24 January 2019
Verified Purchase
I recently read the first book again as I was waiting for the audio version of this book an got hooked reading it again an imagine my surprise to find there was a second book an i had to buy the book and when I started reading i couldn't put the book down i read it in 24hours i found myself smiling but mostly I cried a lot through this book it really touched me about what the characters went through and I no it's only fiction but this happens every day in real life .........I also think the author did a really great job on both books as they are two different story's but the same characters as the first book ...the first book is them at high school been typical teenagers the second book is them been at college an by the end of the book you can really get the feeling for how grown up they have become not just the two main characters either but all of the others too
Read more
2 people found this helpful
Report abuse

Brandy Miller
5.0 out of 5 stars Almost didn't think it was fiction.
Reviewed in the United Kingdom on 3 May 2017
Verified Purchase
My heart hurts after reading this story. I sat in the bath crying, while reading it. It is painful to read, but shares such a powerful message. a huge ovation to the author for being so brave in writing such a controversial story. even better the warning she put with it, it is very necessary. Well done ms Doherty, and very well written.
Read more
2 people found this helpful
Report abuse

A L Carter
5.0 out of 5 stars Loved it
Reviewed in the United Kingdom on 16 February 2018
Verified Purchase
I have read both Four doors down and Four years later and have loved following the story of Becca and Ryan. I just love them so much. This book is a favourite of mine, I was SL invested with both characters. I love a good book that can pull me in and make me feel what the character are feeling and that's what this book did! I would have a little more of Ryan 's point of view in the end to find out how he was dealing with it a bit more. Would recommend And read again and again and again!!
Read more
2 people found this helpful
Report abuse
See all reviews
Get FREE delivery with Amazon Prime
Prime members enjoy FREE Delivery and exclusive access to movies, TV shows, music, Kindle e-books, Twitch Prime, and more.
> Get Started
Back to top
Get to Know Us
Make Money with Us
Let Us Help You
And don't forget:
© 1996-2020, Amazon.com, Inc. or its affiliates