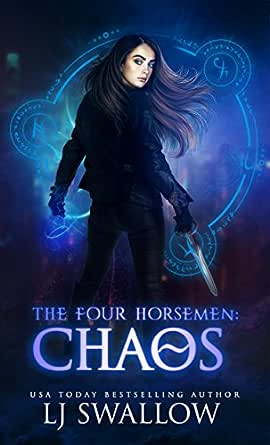 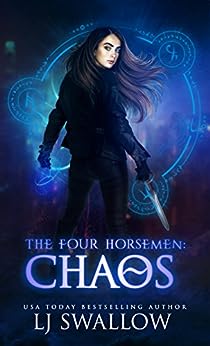 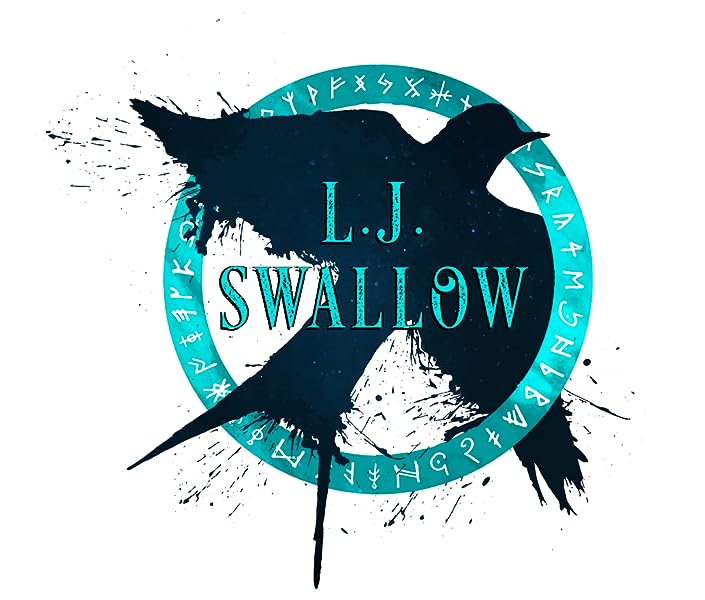 Catherine McP
TOP 1000 REVIEWER
5.0 out of 5 stars What Just Happened?
Reviewed in Australia on 18 January 2019
Verified Purchase
Right well, this series just took a serious swerve into WTFville. Did I still enjoy it? Yes. Would I still recommend it to readers of romance, especially polyandry? Absolutely. Am I going to stop reading? Hell no. But we did take a massive sideways leap with little explanation. I did have problems with parts of the writing. Some parts felt a bit like lazy writing. Word for word lines from the previous books are used again but that may be a conscious decision given the relationship of the characters involved. This book is a mind spin in context. So many changes may be too much. I question how it was done were there warning markers?

My Goodreads review is longer but gets spoliery fast.

Book Addict
TOP 500 REVIEWER
5.0 out of 5 stars Highly captivating and intriguing RH series!!
Reviewed in Australia on 11 January 2018
Verified Purchase
This is the fifth book in this series by Lisa Swallow and like all the previous books it captures the attention of the reader from the first page and keeps your attention to the very last page!! I could not wait to read this book as book 4 finished on a cliffhanger and now cannot wait for the next book so that I can see what happens next! there were times while reading this book that I just wanted to hit the guys over the head for not understanding Vee a bit more, especially Ewan!! I love Vee’s connection with Xander even if he does not want to admit to his feelings, he has to be my favourite out of the all!
Once again another fantastic book in this series and I cannot wait to read more!
Read more
Helpful
Comment Report abuse

HeatherB
3.0 out of 5 stars A bit disappointing
Reviewed in Australia on 24 February 2018
Verified Purchase
This book is much shorter than the others in the series, and really doesn’t add much to the overall story except at the very end. There were also quite a lot of typos and mistakes, needs another round of proof reads.
Read more
Helpful
Comment Report abuse

Imee_Benz
TOP 500 REVIEWER
5.0 out of 5 stars ***Wow The games begins***
Reviewed in Australia on 24 February 2018
Verified Purchase
I knew it Seth being Chaos, and I am glad Ewan finally opened up and got closer to Vee now I know they can defeat Chaos aka Seth. I devour this book it's so delicious.
Read more
Helpful
Comment Report abuse

Shannon
5.0 out of 5 stars Five Stars
Reviewed in Australia on 27 January 2018
Verified Purchase
I am so addicted!!!
Read more
Helpful
Comment Report abuse

Louise Seraphim Reviews
5.0 out of 5 stars Jaw Droppingly Good! Be prepared for the shocks! 5 stars.
Reviewed in Australia on 16 January 2018
Holy Moly! I can't even begin to try and explain anything about this next instalment, in the exciting and gripping Four Horsemen series. I mean, if you haven't already read the first four parts, what are you waiting for?

You wouldn't think after four seriously intense parts, that there would be anything else, that could be thrown in the mix for Vee and the gang. But shocks are still hard and fast coming. More hot and heavy heat, more nail biting and more surprises. With one huge shocker thrown in the end for good measure, and nope I actually did not see it coming.

There is no down time in this story, be prepared for full on action from page 1 to the end. We're finding out far more, and starting to get some answers on everything going on. Also the most anticipated moment of all, Vee and Evan! I'm not going to spoil anything on that one, but wow!!

Seriously I think these epic endings are what make me so excited. I love wondering what will be thrown at the end of each instalment. I mean I know some people don't like cliffs, but these books are released so close to one another, you have just enough time to process and the next one is out. And Chaos ends on biggest shocker cliff yet!! Seriously jaw dropping. I'm so excited for the next one.
Read more
Helpful
Comment Report abuse

Marns
5.0 out of 5 stars The enemy of my enemy is my friend - Twists within twists for our Horsemen.
Reviewed in Australia on 11 January 2018
It was hard to wait for this book, the fifth in The Four Horsemen series, and LJ Swallow did not disappoint, but then, for me, she never has.

Picking up from the particularly shocking end in Guardians, Chaos carries the momentum well as various theories are getting thrown around as to who it is wanting to take the Horsemen out, and bring about the opening of The Portals. And whoever it is just might be attaining their goals a little quicker than The Five realise. It’s a race to ask the right questions, find the answers, form the right allegiances, and, those whom they thought were enemies, suddenly become unlikely allies. When someone they’ve spent time trying to eradicate in the past suddenly shows up wanting an allegiance with them, telling the boys, that without Vee at her most powerful, they are all in trouble, then, they really are all in trouble!

I’m reminded of the saying, The enemy of my enemy, is my friend, and the craziest of alliances need to be formed, and promises made, to deal with a threat larger than them all - Chaos, he who predates all of them. He who scares them into a treatise previously unheard of. And, he who means that they are all relying on the Fifth to have reached her full capacity, and without whom they will surely perish.

Players are starting to reveal their hands, and the momentum is really picking up in this book. At the end, I was completely chomping at the bit to find out what happens in the next two instalments which means, that scoring this book anything less than 5 Stars is blasphemy!
Read more
Helpful
Comment Report abuse
See all reviews

Kindle Customer
5.0 out of 5 stars Fantastic
Reviewed in the United Kingdom on 15 September 2019
Verified Purchase
These Books Are Getting More Interesting And Intriguing As The Story Continues. What Going To Happen At The Final? Is The Four Horsemen And Vee Going To Beat The Evil And Survive Or Is It Going To Be The End Of The Five . I'll Have To Read The Next Books To Find Out.
Read more
Report abuse

AlexR
5.0 out of 5 stars Keeps getting better and better
Reviewed in the United Kingdom on 27 February 2018
Verified Purchase
This series just keeps getting better and better. Great work yet again LJ Swallow. Congratulations on another book well done. Keep up the great work. I love the wonderful blend of humour thrown into the mix of action, intrigue and romance. Just the right balance to keep the pace moving steadily.
Read more
Report abuse

Raven.FP
4.0 out of 5 stars Chaos.
Reviewed in the United Kingdom on 1 July 2018
Verified Purchase
The plot thickens as the story reveals that Chaos has been hiding in plain sight. Who or what is Chaos, you need to read the book to find out.

The story is starting to get more exciting so can't stop as off to read the next book!
Read more
Report abuse

Loraine, kindle customer
3.0 out of 5 stars Chaos
Reviewed in the United Kingdom on 18 March 2018
Verified Purchase
Again this book continues strait on from the last book. Lots of twists and turns with more of the plot being revealed.
Read more
Report abuse
See all reviews
Get FREE delivery with Amazon Prime
Prime members enjoy FREE Delivery and exclusive access to movies, TV shows, music, Kindle e-books, Twitch Prime, and more.
> Get Started
Back to top
Get to Know Us
Make Money with Us
Let Us Help You
And don't forget:
© 1996-2020, Amazon.com, Inc. or its affiliates