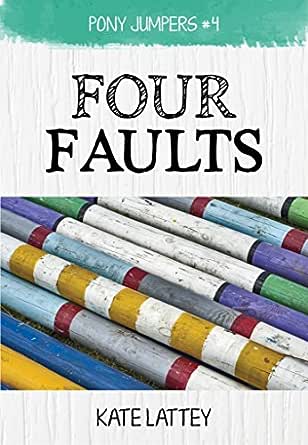 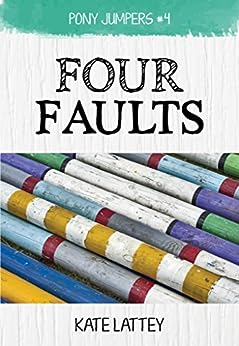 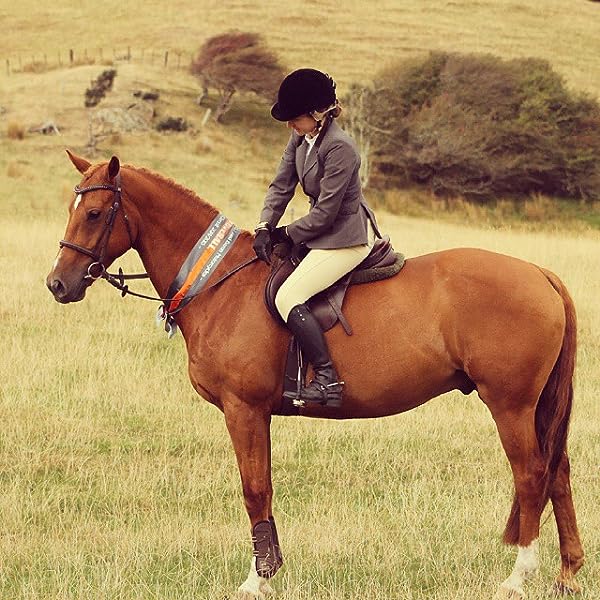 Tess Maxwell never really wanted to be a competition rider, and she certainly never wanted to inherit her sister Hayley’s difficult Grand Prix pony. But nobody listens to what Tess wants, and despite her resolution never to ride Misty again, she finds herself back in the saddle as he continues to tear her confidence to shreds.

When her parents decide that Misty will be sold after Christmas unless Tess changes her mind, she has more to contend with than just surviving the next seven weeks. Because Hayley is determined not to let her beloved pony leave the farm, and she doesn’t care what it will take to change her sister’s mind…

The Pony Jumper series follows the adventures of AJ, Katy, Susannah and Tess as they train and compete their ponies on the National Show Jumping circuit. Whether they have an unschooled pony and tack held together with duct tape, or a string of top-quality show jumpers, these girls all have one thing in common - a love for the sport, and a lot of love for their ponies.

Each book in the Pony Jumper series focuses on one of the four main characters and ties into the books that have gone before. Set in New Zealand, the series incorporates information about training and riding show jumpers that will hopefully give help and guidance to readers, as well as each telling a great story!

Kate Lattey lives in Waikanae, New Zealand and started riding at the age of 10. She was lucky enough to get her first pony two years later, and went on to compete regularly as a teenager before heading to university and attaining a degree in English and Media Studies. In the years since, Kate has never been far from horses, and has worked in various jobs including as a livery yard groom in England, a trekking guide in Ireland, running a riding school in New Zealand, and spending five wonderful summers in the USA as a camp counsellor at Road's End Farm, NH. During her time there Kate wrote several short stories about the farm's horses, which were a huge hit with the campers. Kate is the Head Coach of Waikanae Pony Club and regularly judges at shows in the local area, as well as training her horse JJ for show hunter competitions. Kate has been reading and writing pony stories ever since she can remember, and loves being able to share them with readers from all over the world.

Catmistress
TOP 100 REVIEWER
5.0 out of 5 stars Another Good Read in the Pony Jumpers Series
7 May 2016
Format: Kindle EditionVerified Purchase
After being disappointed by the third book in this series, I was pleased to see Lattey back on form with Four Faults. Told from the point of view of Tess Maxwell, the story deals with the dynamics of the Maxwell family, in particular the complex relationship between Tess and her bossy sister Hayley. Hayley is the competitive one, while Tess is a girl who would much rather go out for a quiet hack than ride her sister's difficult Grand Prix pony.
Throw into the mix a budding romance and some lessons in friendship and even harder lessons in life, and you have another really good read from this author.

Laura Rowe
5.0 out of 5 stars I loved this book
6 August 2015
Format: Kindle EditionVerified Purchase
I loved this book. Yet another great instalment in the Pony Jumper Series. I had trouble putting this one down. Really looking forward to the next book.
Read more
One person found this helpful
Helpful
Comment Report abuse
See all 2 customer reviews
Write a customer review

Gabi Rosetti
5.0 out of 5 stars "Hello spine. Where’ve you been all my life?"
11 October 2017 - Published on Amazon.com
Format: Kindle EditionVerified Purchase
This book is written from Tess Maxwell's point of view. When she came home after the last show, Tess vowed not to ride Misty again. Misty was her sister's pony before Haley outgrew him, but Haley insists that the pony not be sold. Tess does not like or want Misty — in fact, she does not want to compete at all...

The Maxwells have decided that Misty will be sold after Christmas and Tess focuses on getting through the next seven weeks. She has other worries though because Haley is determined to see to it that her pony is never sold and she will do whatever it takes to keep Misty...

Jonty Fisher has a big role in this story... He is a good friend to Tess when she needs one the most... Jonty encourages Tess to do her best and he patiently works with her — and, he keeps her calm and focused...

We finally catch up with Katy, AJ and Susannah at a show attended by Haley and Tess... How will the show go for the young friends?

Tess has to do both their chores when Haley has to go lie down because she has a migraine — which usually happens when there is work to be done... Is Haley really sick every time she claims she has a migraine or is she just trying to get out of doing her chores?

This was another delightful edition to the Pony Jumpers series. It was a quick and easy read. It was good to read a story from Tess' point of view — we hardly ever hear from her unless Haley is screaming and yelling at her...

Ms Sabrina H. Davis
5.0 out of 5 stars No faults with this one - it's a winner!
13 July 2015 - Published on Amazon.com
Format: Kindle EditionVerified Purchase
I love the way the characters intertwine in this series, each of which is told from a different character's viewpoint. This time it's Tessa telling the tale. In previous books Tessa has been the one with the pony out of control in the show jumping ring, berated by her hard-riding, winning older sister Hayley and her mother for not riding well enough on a Grand Prix pony. She's been a minor character but her story is major. Hayley has a new horse and insists - because she's a bossy boots and nobody says no to her - that Tessa ride Misty, Hayley's old pony who is overexcitable and not Tessa's type of pony at all. (And here I relate to her; I have been scared witless on ponies like Misty in my dim, distant past.) Misty is a Grand Prix champion, but Hayley's riding style is completely different to Tessa's. Tessa agrees to persevere with Misty until Christmas - only seven weeks away...

Like all the books in this series this one is as much about family dynamics and friendships as ponies. Something is wrong with Hayley, and while that's being investigated she isn't supposed to ride her new horse Copper. Neighbour Jonty steps in to exercise Copper, and Tess forges a friendship with him that could go much further than mere friends - to the disgust of her friend Mia who fancies Jonty for herself. Tessa has a lot to deal with, and some unexpected people become her allies and friends.

I love this series - can't wait for the next one!
Read more
2 people found this helpful

Lucy Forgesson
5.0 out of 5 stars Yet another 5* Book
13 July 2015 - Published on Amazon.com
Format: Kindle EditionVerified Purchase
As I began to read this book, I wasn't the biggest fan. It didn't really seem to me like a book that was really what I was interested in. However as Kate developed the plot in a funny yet realistic manner, I fell In love. Kate developed so many realistic ideas which made you feel happy, sad, angered and confused right alongside areas. With plenty of plot twists in there as well, it was another truly magnificent book and I couldn't put it down. An easy 5* from me again!
Read more
2 people found this helpful

Bins
5.0 out of 5 stars addictive and beautifully structured. They are real
1 November 2015 - Published on Amazon.com
Format: Kindle EditionVerified Purchase
I can only say what I've said about each of these books, clever, unforgettable, addictive and beautifully structured. They are real, they are full off life and you won't guess what's in store for our pony jumpers and their world. That is perhaps the greatest part and what keeps us readers gasping at every tight turn.
Read more
One person found this helpful

Kimberly Hudson Watts
4.0 out of 5 stars Four Stars
2 October 2017 - Published on Amazon.com
Format: Kindle EditionVerified Purchase
Too many unanswered questions and no idea which book answers them.
Read more
Go to Amazon.com to see all 11 reviews 4.8 out of 5 stars
Get FREE delivery with Amazon Prime
Prime members enjoy FREE Delivery and exclusive access to movies, TV shows, music, Kindle e-books, Twitch Prime, and more.
> Get Started
Back to top
Get to Know Us
Make Money with Us
Let Us Help You
And don't forget:
© 1996-2020, Amazon.com, Inc. or its affiliates