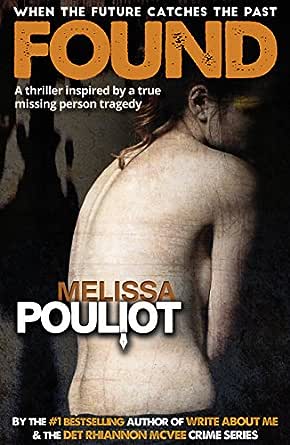 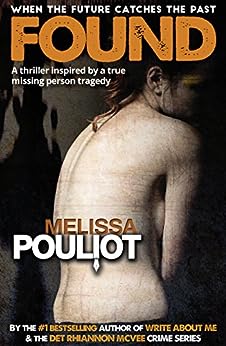 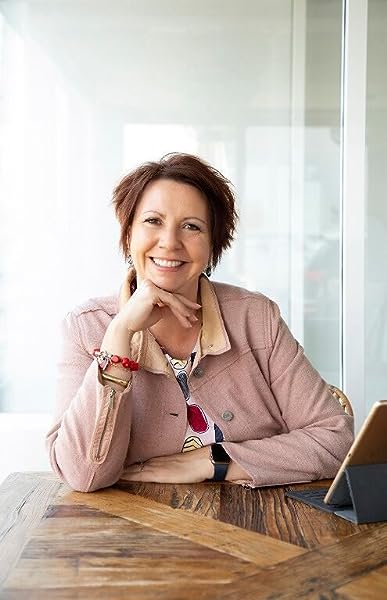 Melissa Pouliot has always loved to write. Her early childhood stories about princesses, fairies and goblins inspired by authors such as Enid Blyton and May Gibbs evolved to teenage soap operas and adventure stories inspired by Trixie Beldon, Sweet Valley High and her own experiences. While studying a Commerce university degree, she wrote her first unpublished piece for friends and family based on when she worked a governess on a sheep station near Cunnamulla in outback Queensland. After an epiphany on a train late one night in Sydney, she changed her university studies from numbers to words. She returned to the harsh outback Queensland heat of Charleville to start her media career before moving south to the flat, arid landscape of Western Victoria to work in the busy newsroom of a tri-weekly paper. When her first child was six months old she started her own media company. Through her journalism career and her own business, she has written stories on just about every topic. Her stories about people are widely recognised as her true heart. As well as her international bestselling crime fiction novels, she has also published several non-fiction books. Melissa is the only Australian writer, who's the family member of a missing person, writing of her experiences through fiction. The Australian Federal Police has endorsed all her novels and have presented them at international missing persons' conferences. She is also an Ambassador for the Daniel Morcombe Foundation and the founder of Picnic for Missing, an annual event to honour missing people. Pouliot's other fiction novels are the #1 bestseller Write About Me, as well as FIND ME, WHEN YOU FIND ME and YOU'LL NEVER FIND ME from her Detective Rhiannon McVee Crime Series. Melissa lives with her husband and three children on the NSW South Coast. Surrounded by the brilliant blue ocean and beautiful national parks, she writes every single day. --This text refers to the paperback edition.

Dianne Panov
5.0 out of 5 stars Leaves a long lasting impact
Reviewed in Australia on 27 August 2017
Verified Purchase
Some stories stay with you long after you've read them, and Melissa's fifth crime thriller is one of them. Having read all of her novels, I never tire of her ability to keep you turning the page and her ability to touch your heart time and again. I laughed, I cried and I mourned for the missing Annabelle who nobody can find. I loved spending time with the much loved characters from Write About Me, and picking up their stories years and years after their family member and friend Annabelle went missing. Because Melissa writes from her own personal experience, even though you know this is fiction, it feels so tragically real. She also introduces endearing new characters like the eager young Detective Louise and her commanding officer Rafe, and you feel you have met some new friends. Threaded through this story, which is set in current times, there are moments to remind you of the characters from her Detective Rhiannon McVee series you love so much, making you long for her next book in that series so she can fill in some of the gaps between You'll Never Find Me and Found. Melissa's ability to carry you easily through her books while adding layer upon layer is one of the things I love most. This is a novel that will have a long-lasting impact on every person who reads it.
Read more
Helpful
Report abuse

Fleur Ferris
5.0 out of 5 stars Powerful and compelling.
Reviewed in Australia on 30 August 2017
Verified Purchase
I love reading Melissa Pouliot's work because, although it is fiction, it speaks the truth. Pouliot draws from personal experience and I think this is why this series is so compelling. I couldn't put it down. Highly recommend.
Read more
Helpful
Report abuse

Amazon Customer
5.0 out of 5 stars Highly recommended
Reviewed in Australia on 31 July 2017
Verified Purchase
Very well written. It ties some older characters in and some loose ends up. "Found" is in a similar style to Melissa's previous books but more developed, more involving for the reader. Highly recommended.
Read more
One person found this helpful
Helpful
Report abuse

Cloggie Downunder
TOP 500 REVIEWER
4.0 out of 5 stars A moving and powerful read.
Reviewed in Australia on 13 September 2017
Found is the second novel in the Annabelle Brown series by Australian author, Melissa-Jane Pouliot. It revisits the events of the first novel, Write About Me in further detail, and from perspectives of those intimately involved, almost three decades on. When Annabelle Brown was reported missing in 1988, her family and friends endured years of grief, devastation, loneliness, sadness, regret and despair.

As technologies advanced, new attempts were made to find her, to no avail. But a chance meeting between the two people who were among the last to see Annabelle alive sets in motion a chain of events that may shed light on her fate. A young and dedicated policewoman is determined to find Annabelle. Louise Whadary’s colleagues utilise new technologies like mitochondrial DNA to identify remains. She also keeps abreast of social media and uses that to advantage. But until a measure of guilt overcomes one who knows the truth, none of these will solve this cold case.

Again, Pouliot deftly illustrates the devastation that is caused by the unexplained disappearance of a loved one, and how people use different strategies to cope with the heartache and frustration that comes when answers are elusive and closure is unforthcoming. And that, often, those left behind have to resign themselves to the fact that unknown events, like the untimely death of a witness, mean that answers may never be known. A moving and powerful read.
Read more
Helpful
Report abuse

Aussie597
5.0 out of 5 stars Found
Reviewed in Australia on 30 October 2017
This is a very emotional book to read, the characters and the situations pull at the heartstrings and cause tears to flow freely

Kristina Kaine
5.0 out of 5 stars Words that sing off the page
Reviewed in Australia on 15 August 2017
A fabulous sequel to Write About Me which had me on the edge of my seat more than once. I loved revisiting my favourite characters and meeting some new ones, while the search continues for their missing Annabelle. The author's personal experience adds a whole new dimension to the story, and the words sing off the page. Brilliant.
Read more
Helpful
Report abuse
See all reviews

Kindle Customer
5.0 out of 5 stars Page turner. Bring tissues.
Reviewed in the United States on 15 August 2017
Verified Purchase
Page turning, gripping and beautifully written. Heartbreaking and heartwarming. FOUND highlights an issue that affects so many, missing, and gives you a very personal insight into what it's like for those who are left behind. Bring tissues.
Read more
Report abuse

prue
5.0 out of 5 stars Another edge of your seat book.
Reviewed in the United States on 26 July 2017
Verified Purchase
Thank you Melissa for another great read. Your passion for looking for the lost and helping solve mysteries of why..keeps the reader wanting more. Congratulations and well done...
Read more
Report abuse
See all reviews
Back to top
Get to Know Us
Make Money with Us
Let Us Help You
And don't forget:
© 1996-2021, Amazon.com, Inc. or its affiliates