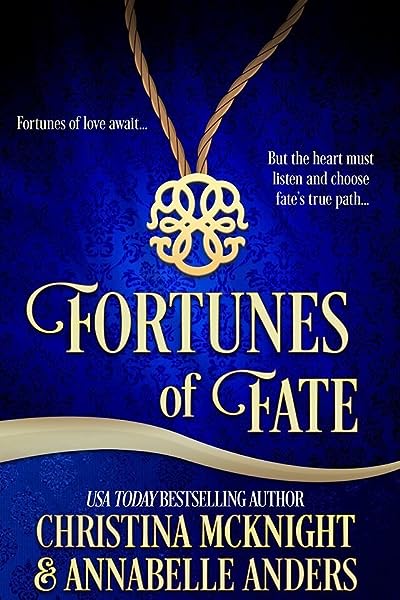 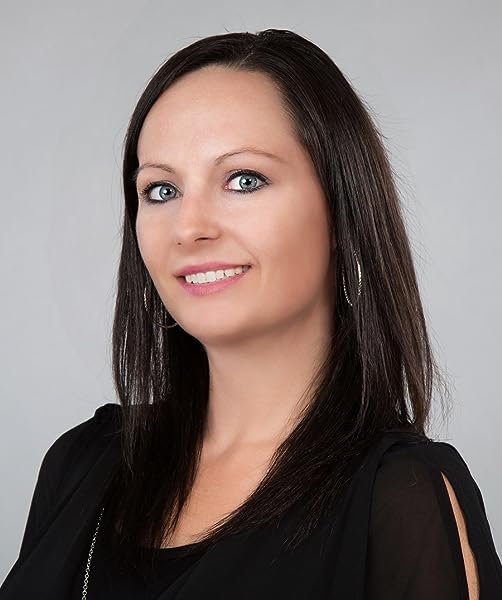 Page 1 of 1 Start overPage 1 of 1
This shopping feature will continue to load items when the Enter key is pressed. In order to navigate out of this carousel please use your heading shortcut key to navigate to the next or previous heading.
Back
Next
Start reading Fortune's Final Folly (Fortunes of Fate Book 10) on your Kindle in under a minute.

Roslyn :)
5.0 out of 5 stars nice way to end series
Reviewed in Australia on 7 August 2019
This is the final book in the Fortunes of Folly series and what a wonderful way to finish. This series has been written by a number of different authors who all did a magnificent job and this one is the perfect ending. What a wonderful name for the finish with a true gentleman who is how all gentlemen should act, a real lady full of compassion, love and meekness and then there is Madame Zeta who we now get to see her story. This book had me hooked from the moment I read the first page and I found I couldn’t read it fast enough. I wasn’t really sure where the story would go but was only a little disappointed in the end but that would be a spoiler if I said why. The story had mystery, suspense, joy, sadness and romance. I loved the relationship between Kath and Joshua, the sparks where there but they behaved as they should. It was a very heart warming story and had me tearing up a couple of times. As usual it was well written and easy to read, there was no sex in this book. This book can be read as a stand alone book but the rest in the series is well worth reading. I received this as an ARC and freely give my review.
Read more
Helpful
Comment Report abuse
See all reviews

Sandra W
4.0 out of 5 stars Sweet & heartwarming with a bite of malice!
Reviewed in the United Kingdom on 11 August 2019
Verified Purchase
A compelling end to a highly captivating series that satisfactorily deals with the sinister ploy that resulted in the cruel abusing of A'laya (aka Madame Zeta) and her subsequent quest to find her innocent daughter, Katherina/Kate.
Unlike the others this read has a different feel to it. The emphasis has shifted from the fun, lighthearted whimsy of the other books and sweeps you along down a path of revelation, under a lingering shadow of menace. Keeping you hooked as the honourable, kind and  protectively besotted Joshua, rescues the beguilingly caring and selfless Kate as he helps her to rebuild her home and schoolroom.
As the pair ultimately seek answers through the unravelling of dark secrets, their fight to explore their deep connection will lead them down a bigger path to self discovery, happiness and a feeling of belonging neither dreamed possible.
A sweet, touching romance with believable characters which you instantly care for and champion. I just wish the leads spent less time questioning their fate and more time engaging with each other on a deeper more profound level as their connection in places remained a little flat when it promised to be so much more. That said, this remains an enjoyable read that's well worth your time to read it!!!
Read more
Report abuse

Dani
3.0 out of 5 stars An easy enough read but...
Reviewed in the United Kingdom on 19 September 2020
Verified Purchase
I was really put off by historical inaccuracy here and there. I know it is only a romance and all that so I accept that the Madam Zeta is totally daft but we need it for the story.
However the money values were all wrong. . £400 per quarter would not be a pittance. A fortune in fact! The bulding would only have cost a few hundred not £10000!
And as for our smart lawyer - as soon as he saw a duke's name on Katherine's file, he would be on Red Alert. Instead he sends a lowly assistant off to knock on a duke's door. I ask you!
Read more
Report abuse

Lana Birky
5.0 out of 5 stars Never Give Up!
Reviewed in the United States on 20 August 2019
Verified Purchase
I have read/reviewed all the books in this series & they all centered around fortunes told by Madam Zeta with a travelling band of people entertaining at town fairs. She read the future of our main characters in each of the books & their fortunes had all transpired. The final book in the series is Fortune's Final Folly & it brings this series full circle as it finally connects Madam Zeta with her child that was ripped from her arms almost 20 years ago & she had been searching for in every little town she traveled to. Finally, she gets some much needed information that leads to her to Cheapside, to a schoolmarm, Kate Elliott, who teaches poor children in the area after her father & mother died.

Lord Joshua Stuart is a solicitor & second son of a duke & has chosen to practice law in Cheapside where he can help the poor. He has watched Kate for many years as his father was her father's solicitor before they both died & he became her solicitor after that. He has always been attracted to her but it has never gone farther the friendly greetings & delivering her quarterly stipend from an unknown donor.

Questions begin to arise after Kate's school & apartment are purposely set on fire with her trapped inside. The questions & investigations lead Kate, Joshua & Madame Zeta on a quest that keeps you flipping pages until all is answered. This was a sweet, loving story of a Mom that never gave up finding her baby daughter & a couple that were meant to be together. Christina McKnight wrote such a lovely story & it left me feeling so happy! I highly recommend this book & the whole series!
Read more
One person found this helpful
Report abuse

lucilu
2.0 out of 5 stars Inaccurate and not worth $2.99
Reviewed in the United States on 17 December 2019
Verified Purchase
Oh my, where do I start? After reading all 24 reviews, I ordered this book with a slightly raised ire but not raised enough to bias my opinion of it. In fact, I was so excited to take this wild, adventurous ride of romance, danger and revenge so sweet I could bask in it for days! At last, A’Laya would reunite with the daughter who had been ripped from her arms when she was only nineteen years old by her wicked, despicable mother in law. After nineteen years of searching all of England and Scotland, Katherina would be returned to her. Meanwhile, Katherina is falling in love with the solicitor who works across the street from where she teaches the poor children of the poverty stricken area of Cheapside. Boy was I disappointed! And that is where I have trouble knowing where to start. The only problem I had with the characters was that too much introspection was done by Katherina and Joshua was quite a bit too tame for my taste. Otherwise they were lovable. My real issue with this book was the gross historical inaccuracies of this period. £1600/anum was a very big fortune in 1821. The average wage of a servant was around £12/anum, depending on level of service. An annual income of £1600 was a lot more than many debutants could bring to a marriage settlement. And £10000 for a building in Cheapside?? Must have had a golden roof! While Cheapside was poor, it was a step above St. Giles or (even worse) Seven Dials. Also, I’m not too sure Dolly classified as a proper chaperone but I’m not as familiar with that aspect. It didn’t matter anyway because they did marry. Then there’s the business of A’Laya’s husband Pierce being an Earl before his father, the duke, passed away?? Earl of what? A duke’s son is not automatically an Earl. An Earldom had to have been bestowed upon his ancestors somewhere. But then he is never referred to as a duke after his father passes. He is supposed to be addressed as “Your Grace” from the moment of his father’s death. Also, Pierce would not have been punished. He is not only a peer, he is a duke! And please remember, women’s words were discarded, never considered unless it was against a commoner! Women had no rights. If you are going to write historical fiction, at least get the history right!!! And please, let’s not forget the cliffhanger here, A’Laya! She suffered atrociously for nineteen years but she is a beautiful woman who is still less than forty! Where is her HEA? And now to what ire’s me about this book before I even purchased it. I had to pay $2.99 for a book that was very inaccurate and so slow paced I had to keep laying it down and coming back to it later to finish it. I would have appreciated it if all the books in this series were offered in kindle unlimited and I am so grateful to the authors who did offer it. Those were very good, especially book nine. Sorry for the lengthy review but there was so much wrong in this work, I just had to speak up.
Read more
Report abuse

Lori Dykes
4.0 out of 5 stars A Finale Worth the Wait!
Reviewed in the United States on 7 August 2019
Verified Purchase
Although I have not read them all, this Fortunes of Fate series has been awesome. All written by authors well know in the historical romance genre. This, the final one, brings us full circle to Madame Zeta, who has played an intrical part in each story. Bestowing a fortune on each hero or heroine with fate seeming to take place. Now, her story comes out but the focus is on two people who may tie into her.
A schoolteacher who works teaching poor children in Cheapside, Katherine's parents had both passed away but she did not know a lot about her family history. Lord Joshua Stuart, the second son of a Duke focuses mainly on his law practice in Cheapside where he can help people. Their paths cross at least every three months when a package arrives for him with instrutctions to give to Kate.
A sweet story that takes you on a journey of Kate, Joshua and Madame Zeta that will keep you turning the pages. Christina McKnight is one of my favorite athors and I am always glad to read one of her fabulous stories!!
Read more
Report abuse
See all reviews
Get FREE delivery with Amazon Prime
Prime members enjoy FREE Delivery and exclusive access to movies, TV shows, music, Kindle e-books, Twitch Prime, and more.
> Get Started
Back to top
Get to Know Us
Make Money with Us
Let Us Help You
And don't forget:
© 1996-2020, Amazon.com, Inc. or its affiliates