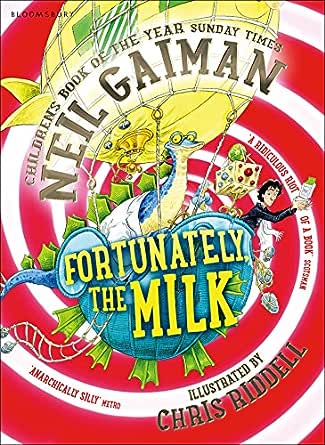 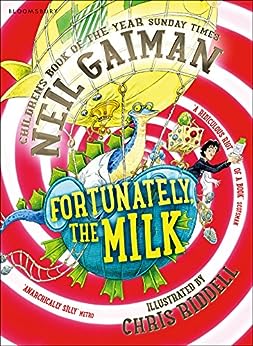 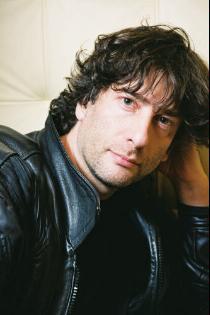 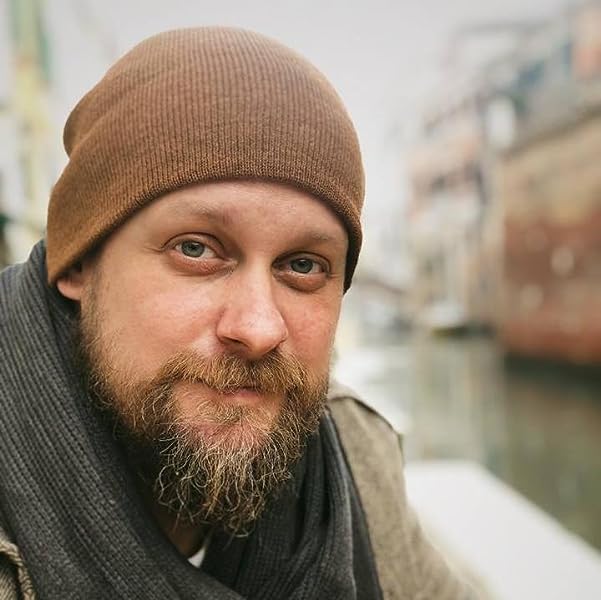 Children's Book of the Year 2013 (The Sunday Times)

Catmistress
TOP 100 REVIEWER
3.0 out of 5 stars Amusing But Confusing
9 February 2015
Verified Purchase
This is a whimsical story about two children whose mother has gone away on a business trip and left the children's father in charge of the family. When they run out of milk for their breakfast, the father goes off to the shop (leaving two small children unsupervised - hmmm) and takes a long time returning. When he gets back he tells them an improbable fantasy story of what happened when he was out buying the milk.
It's amusing enough, but I would think it rather too long and confusing to read aloud to younger children, and too short as a chapter book for older children to read themselves. I'm guessing the ideal target age would be around nine. There isn't really much of a plot or character development. The illustrations are gorgeous, but when I tried to see them in a larger format using the Kindle app on my computer I got a message saying it was unavailable in Windows 8. Boo, hiss. Also while I was reading the book on my Kindle the text was interrupted by messages saying the video content was unavailable on my device. So how am I meant to see this video playback then, since it won't run on the computer? Disappointing.

Alpha Reader
TOP 100 REVIEWER
5.0 out of 5 stars "where there is milk, there is hope."
17 June 2014
Only Neil Gaiman could delight two polar-opposite readerships by releasing one of the most buzzed-about adult books of the year (`The Ocean at the End of the Lane' - so good I still can't bring myself to write a review because THERE ARE NO WORDS!) and then a few months later a lavishly wonderful children's book. It's not surprising, really, because Neil Gaiman wrote both `American Gods' and `Coraline' - cementing himself as a fine storyteller for all ages.

`Fortunately, the Milk. . . ' being Gaiman's children's foray, his Bloomsbury publishers know they can be a bit more blunt and honest with their younger readers. Hence this very apt author billing of 'Ridiculously Bestselling Author'

The book is about a father left in charge of his two children when their mum goes off to a conference. But the first disaster strikes at breakfast-time, when they run out of milk. So it's up to dad to trot down to the corner store for a refill . . . but he takes ages and ages, and it's only upon his return that the children discover what took him so long.

The whole book is a bit tongue-in-cheek, and there's something here for the intended 8-12 readership, as well as the parents for whom this will be bedtime reading. For the kids there are; Dwarves, wumpires, a stegosaurus, aliens, pirates, ponies, a volcano god . . . then for the adult readers there are some references to The Usual Suspects, a little Doctor Who-esque time travel conundrum and some making fun of Twilight. It's all a bit brilliant really. Even more so because Chris Riddell's illustrations have made the dad look like Neil Gaiman himself - which makes me think back on an old blog post Gaiman once posted about where he gets his ideas from.

Interestingly, there are two versions of Gaiman's latest children's book. There's the US and Canada book illustrated by Skottie Young - this version does not include a Neil-Father lookalike, and is perhaps the slightly more conventional children's book. Chris Riddell's illustrated book for Australia and UK includes the ellipsis in the title `. . . ' and the shiniest cover you ever did see. There's also some symmetry in Riddell lending his drawings to `Fortunately', because Riddell also illustrated the anniversary edition of `Coraline'.

Either way, Gaiman's extravagant story is a lot of fun with moments of quiet brilliance. I don't know about anyone else, but when I read the blurb for `Fortunately, the Milk. . . ' about a father who takes a jolly good time to get home to his children with their promised milk, I instantly thought of the old cliché prevalent in many stories; that a father went to buy a packet of cigarettes one morning and never came home. The basis being that father's don't really hold up so well in many stories; so I love that Gaiman took that old cliché and made a minor hero of this father and detailed his grand adventures to get home to his kids.

Oh! And never forget, "where there is milk, there is hope."
Read more
One person found this helpful
Helpful
Comment Report abuse

Elanor
3.0 out of 5 stars Three Stars
16 October 2016
I'm looking forward to reading this to my nephews when they're a bit older.
Read more
Helpful
Comment Report abuse
See all 6 customer reviews
Write a customer review

Go to Amazon.com to see all 607 reviews 4.6 out of 5 stars
Get FREE delivery with Amazon Prime
Prime members enjoy FREE Delivery and exclusive access to movies, TV shows, music, Kindle e-books, Twitch Prime, and more.
> Get Started
Back to top
Get to Know Us
Make Money with Us
Let Us Help You
And don't forget:
© 1996-2020, Amazon.com, Inc. or its affiliates