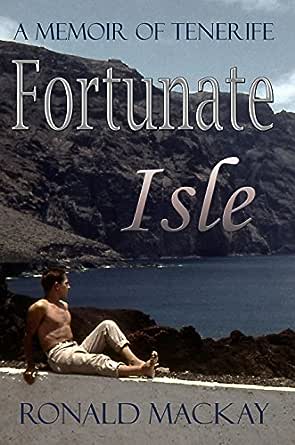 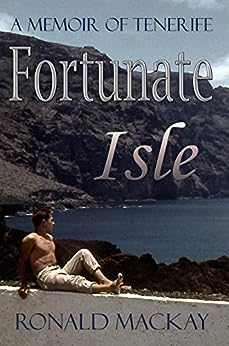 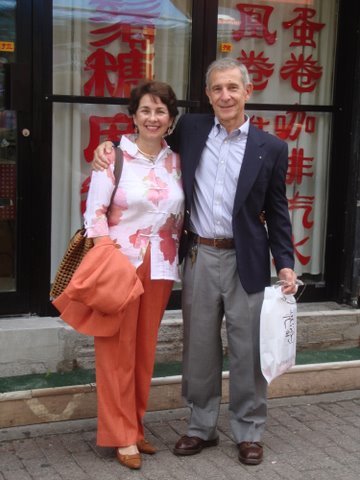 4.9 out of 5 stars
4.9 out of 5
13 global ratings
How are ratings calculated?
To calculate the overall star rating and percentage breakdown by star, we don’t use a simple average. Instead, our system considers things like how recent a review is and if the reviewer bought the item on Amazon. It also analyses reviews to verify trustworthiness.

Elizabeth Moore
TOP 1000 REVIEWER
5.0 out of 5 stars Things I Learned!
Reviewed in Australia on 17 May 2018
I love travel memoirs especially when I have visited the places being described. Well, I have not visited Tenerife, but I have read several books on this beautiful island so I felt I knew what to expect. I was not prepared for such a detailed and fascinating peep into life in a remote village, Buenavista Del Norte. I found out it was not appropriate to flirt, even mildly, with the local ladies unless your intentions included marriage. I discovered how bananas were packed for shipping to Europe and that your hands turned black when harvesting them. I even learned that there was such a thing as branding said banana bunches. I was also treated to a first hand account of the climbing of Mount Teide and the inherent dangers of climbing down into a volcano. In essence, I thoroughly enjoyed this book.
Read more
Helpful
Comment Report abuse

Euan Lindsay-Smith
5.0 out of 5 stars This is a First Class Read
Reviewed in Australia on 30 December 2017
This is a captivating, interesting and amusing story which is really well written. It kept my interest throughout. In a detailed, fascinating and thought-provoking memoir that goes back almost 60 years to a time very different from today, the author, a Scotsman, tells of his experiences on the island of Tenerife, but particularly in the small and very traditional village of Buenavista del Norte. It is full of anecdotes about how the author learned the language, found work, got along with the villagers and made friends.
Much more than a simple travel story, the author tells how he became a real part of village society, one very different from that of his Scottish heritage. Through insightful and amusing anecdotes, we step into Ronald’s shoes as he shares his sometimes-hair-raising experiences with us.
This is an outstanding read depicting fascinating events, but, more importantly, it is a memoir depicting the positive results of how mutual respect and understanding between people of differing cultures, and educational backgrounds interact to the mutual benefit of all players.
Read more
Helpful
Comment Report abuse
See all reviews

Amazon Customer
5.0 out of 5 stars Unusual and charming tale
Reviewed in the United Kingdom on 10 May 2018
Verified Purchase
This is an unusual and charming tale of an adventure of what later would have been called a gap year. The author looks back over nearly 60 years to the time he spent in 1960 in an obscure part of Tenerife as an 18 year old. Having failed to get the grades for university and bound for South America with just £40 after leaving his home in rural Perthshire, he stops en route in Tenerife and makes his way to an isolated village on the coast. He finds a cheap pension, stays longer than he intends and is gradually adopted by the locals who call him 'El Extranjero' (‘The Foreigner’). The story reveals how he adapts to the life of the village, takes on jobs, learns a new language, develops new skills and makes new friends.

It’s a ‘rites of passage’ story about becoming independent and making one’s way. He gradually takes on new experiences that he can have barely anticipated such as learning how to manage banana plantations. The recall of events, conversations and people from years ago is both impressive and convincing. In short, it’s a good read about growing up thousands of miles from home.

Alexander Madison
5.0 out of 5 stars A captivating read!
Reviewed in Germany on 3 September 2018
Verified Purchase
The writer has a poet's touch and a photographer's eye - there are descriptions in the book that really do reward on second and third readings - and the tale of the bygone age is fascinating especially as I know the island the writer describes . A very enjoyable coming of age book about the life of a late teenager far from home, open to new culture and to internal change.
Read more
Report abuse

Dr. David Farrar
5.0 out of 5 stars Makes me want to live in a little guesthouse on Tenerife!
Reviewed in the United States on 12 March 2018
Verified Purchase
Fortunate Isle: A Memoir of Tenerife

I loved this book, and not just because it’s about my mum’s island and I’ve visited all the places in the stories.
In 1961 an 18 year old from rural Scotland decides to work his passage across the world and spend a year in Latin America after failing to get into the university course of his choice. Instead Ronald ends up living and working for a year in Buenavista Del Norte on Tenerife in the Canary Islands.

The tiny town Ronald ends up in is about half an hours drive from the slightly larger tiny town where my mother grew up during the Spanish civil war and Franco’s dictatorship.

Ronald ends up being called “Orlando El Extranjero” by the locals, (Orlando The Foreigner), because Ronald is too hard to say in the local Spanish dialect and well, because he’s a foreigner and they didn’t get many foreigners in this remote part of Spain. One of the most likable things about this book and about Ronald, is that while they call him The Foreigner the locals end up thinking of him as one of their own because of his hard work, honesty and genuine respect for their way of life.

And their way of life is pretty alien. Ronald can relate to the hard working village life so like his life in Scotland, but this is a town where water is brought to the house by women carrying buckets on their head, plantations are blasted out of volcanic rock by dynamite, and locals grow or gather all their own food including hunting for octopus along the beach.

The best books are a pleasure to read and an opportunity to learn. This book is easy to read but deeper than you expect. It provided me with an opportunity to learn things as diverse as how to build a banana plantation from scratch, and how to deal with being scared in a small boat in rough seas when local children are throwing up on you!

The people Ronald describes sound exactly like my mother’s family and all the locals in her town: hard working, traditional, a little isolated culturally, generous, kind and loyal. Ronald’s fondness and appreciation for everyone shines through every story in the book.

I learned two big things in particular. There is a story of a person the locals call El Loco, an adult with a mild intellectual development issue. At first you wonder how El Loco fits into a bare subsistence society and you wonder if calling him El Loco, (the mad one), is a little cruel. Through the chapter on El Loco you see how the towns people look after each other and find a place for every honest person who wants to fit in and contribute…the very reasons Ronald is taken in himself. Seeing how a small community like that works was eye opening.

The second big thing I learned, or at least wondered about, was if I would have had the gumption to get up and leave my home to go wonder the world at eighteen. I know I didn’t, but what if I had? Reading how Ronald used his personality and skills and respect to fit into this little community I learned I wouldn’t have had a clue at eighteen and I can only admire someone who did.

I can vouch for the authenticity of every aspect of this snapshot of a community from my mother’s culture. This is a fun, uplifting slice of life from a world very different from anything most of us will ever experience.
Read more
3 people found this helpful
Report abuse

Valmarp
5.0 out of 5 stars Charming and evocative
Reviewed in the United States on 26 June 2020
Verified Purchase
What a gorgeous memoir this is. It included everything I love: travel, people, local customs, adventure and real life as it’s lived in other countries. All of these are combined in this charming and reflective story of a young man’s journey to find his place in his world. I particularly enjoyed the parallels the author drew between life in the tiny village of Buenavista and rural life in Scotland. They were a constant reminder that despite the differences in culture, people and what they value are often intrinsically the same wherever we go. I also loved getting to know the people in the village where he spent almost an entire year. Ronald Mackay claims to have been quite reserved in talking about himself and his background, but he must have been an open and friendly young man to have won the respect and friendship of so many locals. Anyway, I have to say I was really quite sad to finish the book. It is beautifully evocative with lovely descriptions and marvellous character studies. This is a special memoir that I’ll remember for some time to come.
Read more
One person found this helpful
Report abuse