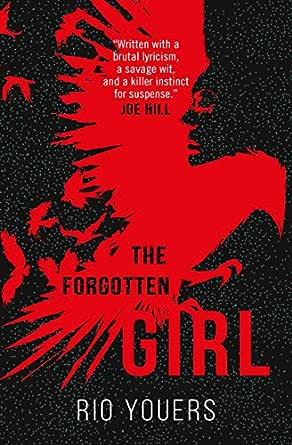 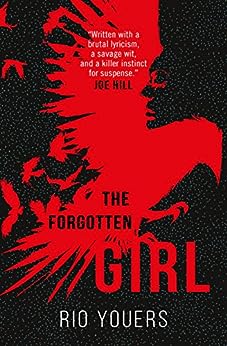 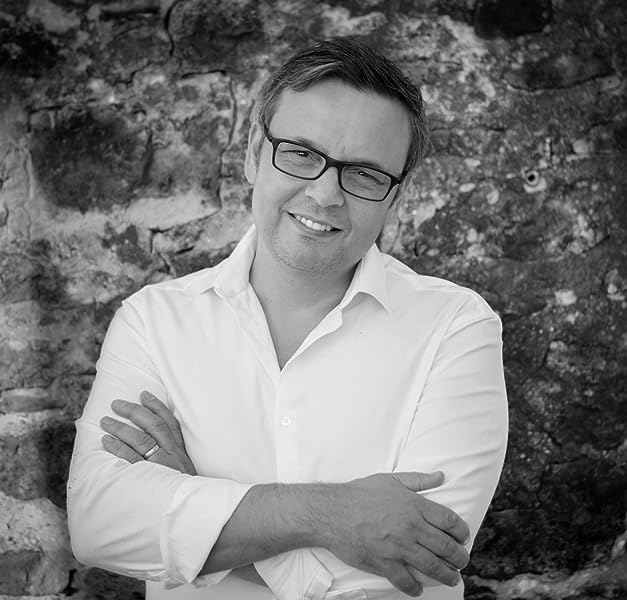 "How Youers manages to skillfully weave character development into a book filled with edge-of-your-seat action is a testament to his writing skills...a smart thriller that also explores the power of love and memory. Highly recommended." --Booklist (starred review)

"Emotionally evocative prose...offers everything that fans of intelligent suspense could wish for." --Publishers Weekly (starred review)

"The Forgotten Girl combines elements of the supernatural with mystery in a surprisingly satisfying blend that is as thought-provoking as it is entertaining." --Bookgasm

"If you like thrillers, you won't want to miss this one." --The Washington Independent Review of Books

"Sometimes it's the story that thrills us. Sometimes it's the writer. Whether we know it or not, we always want both. The Forgotten Girl gives us both....halfway through...you think, 'I'd be glued to absolutely anything Youers is spinning.'"--Josh Malerman, author of Bird Box and Black Mad Wheel

"An absolute rocket--The Forgotten Girl is a supernatural thriller that thunders along at Mach 5 from the first page to the last. Written with a brutal lyricism, a savage wit, and a killer instinct for suspense, it's a work that marks out Rio Youers as a big star." --Joe Hill, New York Times Bestselling Author of The Fireman and Heart-Shaped Box

"A page-turner of a novel with concepts that twist your mind, characters that tug at your heartstrings, and a narrative that leaves you breathless. The Forgotten Girl is a supernatural thriller that will ensure you never forget Rio Youers." --Sarah Pinborough, New York Times Bestselling Author of Behind Her Eyes

"Rio Youers writes with a magic all his own. The Forgotten Girl is a unique and twisted thriller, loaded with suspense but also laced with beautiful heartbreak. Youers is a rare and original voice, and I can't wait to see what he does next!" --Christopher Golden, New York Times bestselling author of Snowblind and Dead Ringers

"The Forgotten Girl has everything going for it. Rio Youers has seasoned an original plot with engaging, unpredictable characters, and a totally badass villain, concocting a heady thrill-fest that will keep you turning pages into the wee hours." --F. Paul Wilson, New York Times bestselling author of the Repairman Jack series

"Rio Youers is one of the most vital, most exciting young talents to come along in this decade . . . [He] writes beautiful phrases and sentences, and he has an instinctive feel for horror's flash points, those moments in a novel when its author must demonstrate that he can keep his head while his readers are cheerfully losing theirs." --Peter Straub, New York Times bestselling author of Ghost Story and Shadowland

"Canadian author Youers (Westlake Soul) makes his U.S. debut with a paranormal thriller distinguished by subtle characterizations and emotionally evocative prose. Some vicious thugs abduct street musician Harvey Anderson from his apartment building in Green Ridge, N.J., and give him a savage beating. They want to know the location of Sally Starling, a name he doesn't recognize, even after they show him a copy of the rental agreement that he and Sally signed in 2010 for the Green Ridge apartment...Harvey's compelling, moving search for Sally and the truth offers everything that fans of intelligent suspense could wish for." --Publishers Weekly (Starred Review)

"Youers does a remarkable job keeping the book on an even keel . . . drawing a fine domestic portrait of a tight-knit family under pressure while asking compelling questions about the nature of consciousness . . . and what it means to be human." --National Post (Canada) on Westlake Soul

RIO YOUERS is the British Fantasy Award–nominated author of End Times and Point Hollow. His short fiction has been published in many notable anthologies, and his novel, Westlake Soul, was nominated for Canada’s prestigious Sunburst Award. Rio lives in southwestern Ontario with his wife, Emily, and their children, Lily and Charlie. --This text refers to an alternate kindle_edition edition.

RIO YOUERS is the British Fantasy Award-nominated author of End Times and Point Hollow. His short fiction has been published in many notable anthologies, and his novel, Westlake Soul, was nominated for Canada's prestigious Sunburst Award. Rio lives in southwestern Ontario with his wife, Emily, and their children, Lily and Charlie. --This text refers to an alternate kindle_edition edition.

For the first time, the highly acclaimed Rio Youers brings his keen eye for character and knack for crafting supernatural thrills to the U.S. market. --This text refers to an alternate kindle_edition edition.
Read more

Heide Goody
5.0 out of 5 stars Gripping!
Reviewed in the United Kingdom on 27 August 2017
Verified Purchase
This thriller grabs you from the beginning. Harvey is a peace-loving street performer. He avoids trouble and won’t even kill a fly if it gets trapped in his apartment. The novel opens with him being tortured for information about a girl he’s never heard of. When he’s released he comes to realise that this girl lived with him for several years, so what happened to his memories?
Harvey’s journey is gripping. His enemies are incredibly powerful, and he’s really not equipped to take them on, but he keeps going.
There are some brutal scenes, and some very touching ones as well. I consumed this novel greedily, as I couldn’t wait to see what happened next.

Peanuts
3.0 out of 5 stars Too long.
Reviewed in the United Kingdom on 8 September 2019
Verified Purchase
There is nothing more I enjoy than a good read but this book let me down in a number of ways! As one viewer has already alluded to it was not easy to connect or engage with the characters ... but the main problem for me was the book was a 100 pages too long! I found myself asking. "Whenever will this end?" Maybe for others but not for me! "
Read more
Report abuse

paul sparks
3.0 out of 5 stars Worth a read
Reviewed in the United Kingdom on 16 June 2019
Verified Purchase
Intriguing and interesting but I found it difficult to engage with the characters, not the author or storylines fault, just not for me
Read more
One person found this helpful
Report abuse

Debbie Bianchi
5.0 out of 5 stars Highly recommend it!
Reviewed in Canada on 7 July 2017
Verified Purchase
Rio Youers is an author to watch out for!!! THE FORGOTTEN GIRL is a thriller that is by turns intense, thought provoking, and always riveting!! Highly recommend it!! Miss D
Read more
Report abuse
See all reviews
Back to top
Get to Know Us
Make Money with Us
Let Us Help You
And don't forget:
© 1996-2021, Amazon.com, Inc. or its affiliates