Skip to main content
Forged and over 1.5 million other books are available for Amazon Kindle . Learn more
Share <Embed> 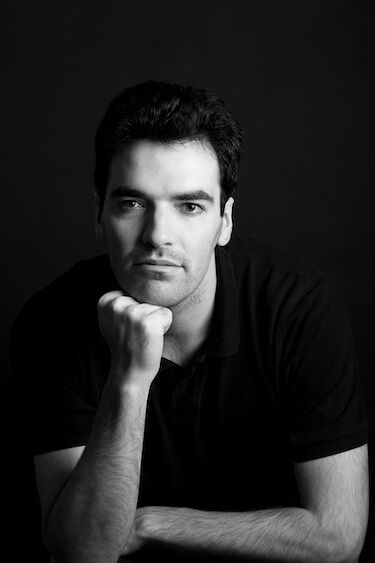 Page 1 of 1 Start overPage 1 of 1
Previous page
Next page
Start reading Forged on your Kindle in under a minute.

Keeps the action at a boil. . . . Jacka has a gift for writing wild magical battles as simultaneously slapstick and pulse-pounding.--Publishers Weekly Praise for the Alex Verus novels
Benedict Jacka writes a deft thrill ride of an urban fantasy--a stay-up-all-night read.--#1 New York Times bestselling author Patricia Briggs Books this good remind me why I got into the storytelling business in the first place.-- #1 New York Times bestselling author Jim Butcher Benedict Jacka is a master storyteller.--Fantasy-Faction Fans of Jim Butcher and Ben Aaronovitch absolutely should not miss this deeply intelligent, morally complex, and action-packed series.--Publishers Weekly

Benedict Jacka is half Australian, half Armenian, and grew up in London. He's worked as a teacher, bouncer, and civil servant, and spends his spare time skating and playing tabletop games. He's the author of the Alex Verus series, including Fallen, Marked, Bound, Burned, and Veiled.

4.7 out of 5 stars
4.7 out of 5
1,204 global ratings
How are ratings calculated?
To calculate the overall star rating and percentage breakdown by star, we don’t use a simple average. Instead, our system considers things like how recent a review is and if the reviewer bought the item on Amazon. It also analyses reviews to verify trustworthiness.

the big pen
5.0 out of 5 stars Fantastic and worth the wait
Reviewed in Australia on 22 December 2020
Verified Purchase
The best yet.

Forged has been a decade in the making and Benedict Jacka has not disappointed. This episode weaves together many threads from previous novels, is full of fast paced action and gives you a front row seat to watch the evolution of your favourite characters into...

I am finding it difficult to review Forged without accidentally giving something away in the plot so, I’ll simply say brilliant and I’m intrigued about what is coming next.

Michael Healy
5.0 out of 5 stars Alex grown up
Reviewed in Australia on 4 December 2020
Verified Purchase
This is without question my favorite book in the series.
Read more
Helpful
Report abuse

Pigeon
5.0 out of 5 stars Great
Reviewed in Australia on 27 December 2020
Verified Purchase
The tide turned in the last book. Alex stepped up. As his troubles grow, his abilities strengthen in this one. This one started slowly, but pace picked up quickly, and as a result I found I needed to remind myself to breathe.
Read more
Helpful
Report abuse
See all reviews

staveled
2.0 out of 5 stars Disappointed
Reviewed in the United Kingdom on 25 November 2020
Verified Purchase
To be clear; I'm not disappointed in the text, because I've not yet read it, but rather it's the physical book itself. I was aware that the style of the cover illustration had changed but I hadn't also picked up that the dimensions of the book had changed as well. This new book is considerably smaller than previous ones in the series and both the font and spacing are much tighter too. IMO these changes are unwelcome; they make the book harder to read and it also looks out of place on my bookshelf when placed alongside its peers :-(
Read more
5 people found this helpful
Report abuse

atomica
5.0 out of 5 stars Up a gear - and then some!
Reviewed in the United Kingdom on 2 December 2020
Verified Purchase
Wow wow wow - Alex has really grown up and is taking the lead in owning his future in a decisive, combative and active manner and I love the developments in Alex's character we've seen take place over the series to date. It hasn't come without cost though, to him and to his friends.

I enjoyed the relentless action but I particularly liked the proximity the author gives us to Alex's decision-making, divination ability and morality. Alex is still very much the same guy who struggled to reconcile his ideals alongside his circumstances and the wrong-doing he experienced as an apprentice and at the hands of the Light Council. Now he's taking steps to own his future and his conversations about responsibility for actions and outcomes with Jagadev, Morden, Landis and Levistus are intriguing and full of insight of what the future may hold for Alex, and what would be worth living, or dying, for.

Morden's presence in this book is notable. He emerged early in the series as a typical dark mage baddie, but has become more nuanced, complex and considered, and I believe has had a significant role in enabling Alex's ability and confidence to challenge the power-players.

I am really excited for the final book in this series as I'm sure the author will deliver something outstanding! I am also really looking forward to reading whatever Benedict Jacka turns his skills and attention to next.

Note - this is not the book to start with for someone new to the series, I'd strongly advise starting at the beginning and reading each book to get to this thrilling installment.

Amazon Customer
1.0 out of 5 stars Text size
Reviewed in the United Kingdom on 25 November 2020
Verified Purchase
I was looking forward to reading this book as soon as it arrived (today) but I can't read it. The text is so small that I am going to have to buy a magnifying glass before I can do so - really disappointed in the size of the book and the text - not the usual standard of previous books
It appears that I have the American version of this book. Living in the UK and ordering from Amazon.UK I expect to receive the UK edition which matched the original photograph on the website.
Read more
4 people found this helpful
Report abuse

A. Startup
2.0 out of 5 stars Cheap feeling American import version
Reviewed in the United Kingdom on 25 November 2020
Verified Purchase
Only just opened the delivery. A bit shocked to see that the book is smaller than all the others in the series so it doesn't match on the book shelf. They were previously made by Orbit. This one is from a company called Ace and looks to be an American import rather than a UK version. It looks and feels a bit cheap and nasty.
I'm sure the story is great but at the moment it is disappointing not too have a proper UK version
Read more

2.0 out of 5 stars Cheap feeling American import version
Reviewed in the United Kingdom on 25 November 2020
Only just opened the delivery. A bit shocked to see that the book is smaller than all the others in the series so it doesn't match on the book shelf. They were previously made by Orbit. This one is from a company called Ace and looks to be an American import rather than a UK version. It looks and feels a bit cheap and nasty.
I'm sure the story is great but at the moment it is disappointing not too have a proper UK version

Randal
4.0 out of 5 stars Buy on publication
Reviewed in the United Kingdom on 20 December 2020
Verified Purchase
Alex must face his dark side in his eleventh outing. It seems as though Alex, a light wizard by inclination, but long ago apprenticed to dark mage Richard Drach, has absorbed a lot of that darkness - even presuming it wasn't there all along. Throughout the series, the Light Council has been highly suspicious of him, while the Dark mages have either been trying to recruit him or trick him to their side. This time Alex takes drastic action to protect his friends. Anne has gone rogue and Alex wants to keep her safe but knows she's powerful enough to kill him on the spot if she wants to. Alex himself is more powerful now he has the Fateweaver, but he has to figure out a way to stop the Council's death squads from hunting them down. He needs a way to neutralise his old enemy Levistus without involving his previous master, Richard. It involves a lot of playing one person against the other and throwing his lot in with previous enemies. The Alex Verus books are buy on sight for me. This one did not disappoint.
Read more
Report abuse
See all reviews
Back to top
Get to Know Us
Make Money with Us
Let Us Help You
And don't forget:
© 1996-2021, Amazon.com, Inc. or its affiliates