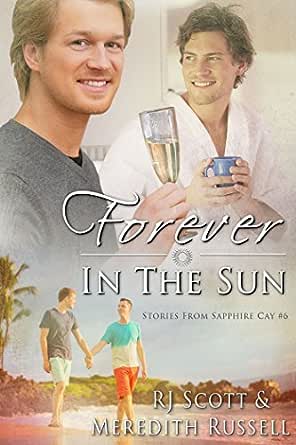 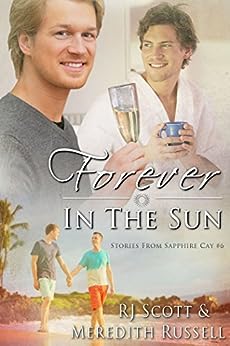 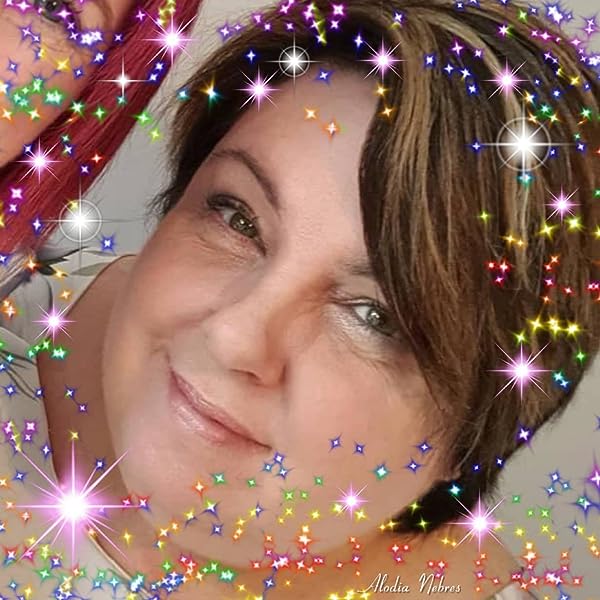 Edga
3.0 out of 5 stars A story of two halves...
Reviewed in the United Kingdom on 15 August 2015
Verified Purchase
This is a story you must read if you've followed the series. It was nice to catch up with all of the characters from the previous books, especially Lucas and Dylan. They get married in this story, and that takes up the first half of the book. Their story is sweet, funny and entertaining, with all involved.

The story was told as a background to that of Peter and Alfie's. It was their personal letters etc which were found in the tin in one of the earlier books. Their great nephew and grandson ( Connor and Shaun ) come together through the story of their ancestors. The story of Peter and Alfie's love was tragic, Shaun wants to tell the story, Connor wants to put a stop to this.

It turned out to be an enemies to lovers story involving Connor and Shaun. I really liked reading about Lucas and Dylan again, however, I felt the story of Connor and Shaun was somewhat rushed. I just didn't feel the connection between them. I feel that the characters' story would've been better served told in a book where they were the main characters, and not, as it seemed, the secondary ones. I think the two stories were supposed to poignantly show how things were different for those who were gay in the past. If so, that angle didn't work for me. So an OK story, but certainly not the best in this series.

Home
3.0 out of 5 stars Sweet
Reviewed in the United Kingdom on 29 September 2015
Verified Purchase
All the characters are nice guys in this short-ish story. It's also completely devoid of angst and has a nice HFN. A little dull but sweet.
Read more
Helpful
Sending feedback...
Thank you for your feedback.
Sorry, we failed to record your vote. Please try again
Report abuse

Bo
4.0 out of 5 stars Sweet, If Contrived, Ending to Sweet, If Contrived, Series
Reviewed in the United States on 1 September 2015
Verified Purchase
Don't think that the headline above is anything other than complimentary. This series winds up where we hoped when it started, with blond Lucas and dark haired Dylan taking center stage for their wedding. Then the long-lost lovers Peter and Alfie take their final bows in the form of two of their descendants, Connor and Shaun. And that's where the fun comes in.

This series brought together two completely opposite men in each book to find themselves, and each other, on a paradise island. Every book was sweet, every book had its angst, every book brought a smile to my face.

This one also brought a tear or two. One question, however, and this is not a spoiler: If Lucas and Dylan are married, why do they still use condoms? Just wondering.

Kindle Customer
5.0 out of 5 stars Great ending!
Reviewed in the United States on 19 August 2015
Verified Purchase
What a great ending to the series! Dylan and Lucas's wedding...seeing some old friends, and solving Peter and Alfie's mystery. While I'm sorry its over, this was such a romantic, fun filled series. Great characters, lots of love and laughter, I will miss them!!
Read more
One person found this helpful
Helpful
Sending feedback...
Thank you for your feedback.
Sorry, we failed to record your vote. Please try again
Report abuse
Load more international reviews

Steven T. Oxley
5.0 out of 5 stars Bitter sweet
Reviewed in the United States on 22 August 2015
Verified Purchase
This is a bitter sweet ending. Only because it's ending. But what an ending it was. Hopefully we will hear Peter and Alfies story. That could make a nice prequel to the whole thing. :)
Read more
One person found this helpful
Helpful
Sending feedback...
Thank you for your feedback.
Sorry, we failed to record your vote. Please try again
Report abuse

PaulnSeattle
5.0 out of 5 stars Stunning Finish to a Wonderful Series
Reviewed in the United States on 15 August 2015
Verified Purchase
What a stunning finish to a wonderful series! Having the love come full circle to present day "great-greats" is brilliant. Loved catching up with previous couples, it was like saying hello to old friends. Well done RJ and Meredith!
Read more
One person found this helpful
Helpful
Sending feedback...
Thank you for your feedback.
Sorry, we failed to record your vote. Please try again
Report abuse

Barbara L.
5.0 out of 5 stars Oh the last book..........
Reviewed in the United States on 18 August 2015
Verified Purchase
As I write this review, I have tears running down my face. It was such a good ending to the whole story. Peter and Alphie got their forever after. Thank you Rj for all you put in to those stories. I am so sorry it has to end........
B.......
Read more
Helpful
Sending feedback...
Thank you for your feedback.
Sorry, we failed to record your vote. Please try again
Report abuse