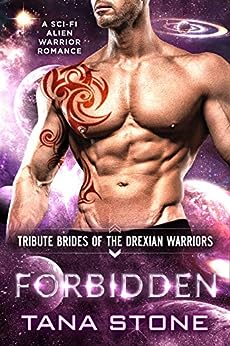 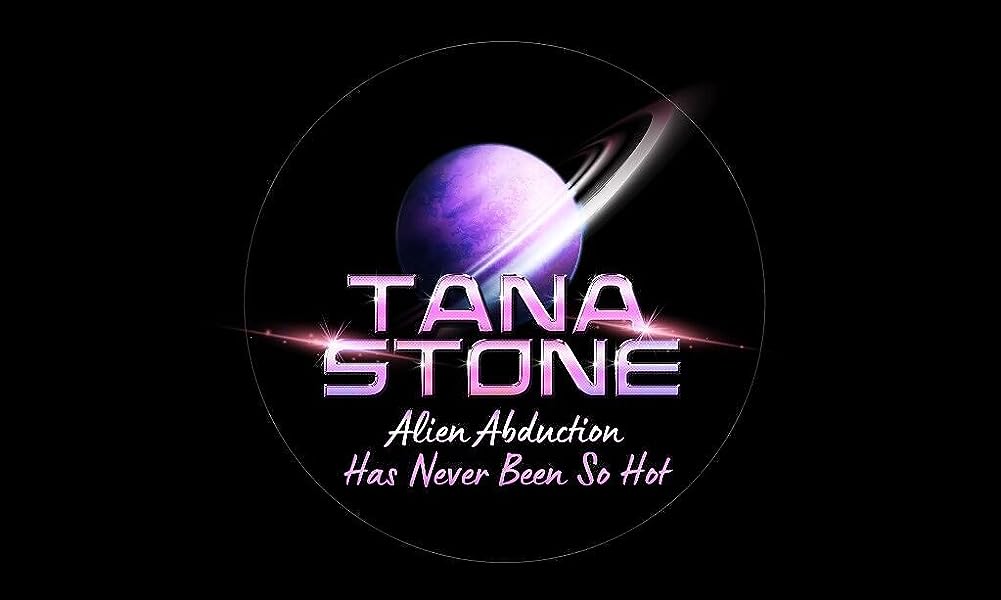 4.7 out of 5 stars
4.7 out of 5
171 global ratings
How are ratings calculated?
To calculate the overall star rating and percentage breakdown by star, we don’t use a simple average. Instead, our system considers things like how recent a review is and if the reviewer bought the item on Amazon. It also analyses reviews to verify trustworthiness.

FifiDevil
TOP 500 REVIEWER
5.0 out of 5 stars Another epic tale of the Drexians
Reviewed in Australia on 29 October 2019
Ella rejected being a tribute bride after she was kidnapped from earth. This was only allowed because the Drexians saved Earth from an invasion from the Kronock's. So she was sent to live in the section where the 'Rejects' lived or as Ella called it where the independents lived. She will never be able to return to earth again, so she had to do something with her days, so she started to write code for the extravagant holographic's used for when tribute brides are married.

Dakar is a Drexian who because of his heroic achievements has been chosen to be the recipient of a tribute bride on the next shipment. But he doesn't want just anyone, he wants Ella, but because she rejected the arranged marriage on her arrival, she is now forbidden to Dakar. But Dakar has plans for something different. He only wants Ella. He has to win her over and convince her to have him.

But there is word that there is a hybrid Drexian who was taken by the Kronock and there might be a way to turn him back into a Drexian again by changing his DNA. They go off to find the hybrid, but when they are fighting the monsters that were created from the Kronock experiments, Ella discovered that it was a trap and raced to tell the men this. Shreya was left behind to watch the ship, but the hybrid was able to slip by and kidnaps her. Ella and the Drexians are determined that they will get her back as well as the Drexian Hybrid.

Dakar is facing reprimands for sleeping with Ella and having a relationship with her with his high commissioner, but he manages to convince them that he is better off with Ella and is given permission to marry her. Their happily ever after is subdued because they have to go find Shreya. The story continues......

Caroline Doig
TOP 50 REVIEWER
5.0 out of 5 stars Another fantastic addition to this series.
Reviewed in Australia on 29 October 2019
Dakar is a Drexian warrior he considers himself a ladies man no matter what the species but lately he’s been having naughty dreams about a human woman that he met at Torven’s wedding but she is off limits because she refused to be a tribute bride so she was put where the other women that refused to be brides, they weren’t able to be taken back to earth so they were kept on the other side of the space station they were considered untouchable but Dakar couldn’t keep the dark haired beauty Ella out of his thoughts or his dreams. Ella has been on the space station for a year she refused to be a tribute bride so she stayed with the other 18 women who refused but Ella has a job at Preston’s Floral design shop she wanted to earn her own way. As Ella was walking towards the shop she never noticed that the Drexian stepped in front of her so Ella smacked into his hard chest he caught her before she fell back, the Drexian apologised but Ella rememberers that voice she looked into his eyes and remembered him as a best man at a wedding and she remembered the look in his eyes like the one he has now. Ella told him that she is a reject tribute bride and the Drexian’s were not supposed to associate with the humans like her but Dakar said that he isn’t one to follow the rules but Ella said that she won’t let him forget. Another fantastic addition to this series I love these stories they are fantastic reads and I highly recommend this book it’s definitely well worth the read.
I received a copy of this book from Booksprout and I voluntarily leave my review.
Read more
One person found this helpful
Helpful
Report abuse

Sewsummore
TOP 500 REVIEWER
5.0 out of 5 stars Madeleine was a feisty, determined woman, perfect for her Alien Warrior!
Reviewed in Australia on 3 August 2020
Captain Brok and the Inferno Force warriors tasked to find and return Madeleine, the missing tribute bride, and Serge the Gatazoid wedding planner. The pair had escaped from the "Boat," in a shuttle while the Boat was under attack, but then, taken prisoner by pirates. They then sold to an agent on the Xenophobiac planet called Spartos. Brok knew it would not be an assault-style mission to reclaim Madeleine and Serge but a covert solo mission that would have the best chance of success. From the moment Brok has seen Madeleine's picture, it was his compulsion to save her. She was his to rescue and protect, even if it was only to return her to the Boat and matched with another Drexian warrior. I enjoyed reading this book and delighted in the attraction that blossomed between Brok and Madeleine. Brok, as an Inferno Force leader, had resigned himself to never taking a tribute bride for himself. Madeleine was a feisty, determined woman who decided she would take only Brok as her mate and no other! Their escape was dangerous and dramatic, but you will have to read the book to discover what dangers they had to overcome to escape to safety.
I received a free copy of this book via Booksprout and am voluntarily leaving an honest review.
Read more
Helpful
Report abuse

Caroline Doig
TOP 50 REVIEWER
5.0 out of 5 stars Loved This Story.
Reviewed in Australia on 30 July 2020
Captain Brok and his crew were itching to get into battle they were bored because they were searching for a human female a tribute bride and a Gatazoid wedding planner, they were so bored that the men on his ship started having sparring matches and quite a few of them sported a black eye. Brok couldn’t get the human female Madeline out of his mind ever since he saw an image of her but Brok knew that this tribute bride could never be his she was a distraction and who could love him with his scarred face. Madeline and the Gatazoid Serge were stolen by the Ganthar Pirates and sold to the Spartosian’s so Brok had to sneak on the planet to save them. That’s all I’m going to give you guys but there is so much more going on in this story I loved it it’s a fantastic read and I highly recommend this book it’s definitely well worth the read.
I read a copy of this book through my kindle unlimited.
Read more
Helpful
Report abuse

FifiDevil
TOP 500 REVIEWER
5.0 out of 5 stars Another fantastic episode to the Tribute Brides
Reviewed in Australia on 24 July 2020
Madeleine was kidnapped by Drexian enemies and taken to Spartos, a planet where no one knew anything about the race other than they were a hedonistic people. Madeleine is a tribute bride and both her and Serge the Gatazoid, were sold to the Spartosians.

Captain Brok has been charged to rescue the two of them and return them to the boat. From the moment Brok lands on Spartos the action and the fun begins. From Brok walking the streets in just his underwear and mermen chasing after them, to Madeleine seducing him. Until they all finally make it back to the spaceship and return to the boat.

mockingbird
5.0 out of 5 stars Ella and Dakar
Reviewed in Germany on 7 May 2021
Verified Purchase
Dakar is a member of the Drexian Inferno Force and a ladys' man. Ella is one of the humans on the space station, who rejected to be a tribute bride. She works now in a floral design studio for weddings coding the holograms. She is proud to call herself an independent. So she is upset, when Dakar pulls her in a military investigation team to decrypt Kronock data material. Dakar is very much attracted by Ella and so is Ella by him, although she fears, that she is just a fling for him .....
I loved to read the book. Dakar is a person, who just sees her as beautiful, he also acknowledges her abilities and is protective of her. Ella is afraid of rejection, but when she overcomes this, she is totally loyal to Dakar. In the storyline are beautiful love scenes and adventure and suspense. I highly recommend this book and look forward to the next installment in this series.
Read more
Report abuse

Joanne Lyons
5.0 out of 5 stars Wowza
Reviewed in the United States on 2 August 2020
Verified Purchase
Maddie and Broc really went through a lot of twists and turns on the planet Spartos. I have really enjoyed this series and have become a great fan of Tanya Stone. Keep up the tribute brides and the sand barbarians I really like both series and will recommend them to all those who like sci-fi romance
Read more
4 people found this helpful
Report abuse

Kindle Customer CarmenB
5.0 out of 5 stars Loved it
Reviewed in the United States on 5 August 2020
Verified Purchase
I just adore these Tribute Bride stories! The world building is astonishing sometimes as are the storylines. The imagination it takes to come up with these plots is a mark of someone who loves a good tale. The characters are always engaging and like running into old friends. Maddie and her scarred Captain were one of my favorite couples because her snark balanced out his seriousness. And I was so glad Serge was found safe. Great job Ms. Stone.
Read more
2 people found this helpful
Report abuse

lala
4.0 out of 5 stars Scarred
Reviewed in the United States on 30 January 2021
Verified Purchase
While I enjoyed the story, at times it seemed tedious. After I had read almost half of the book I was wondering when everything would finally come to a head. It seemed to take forever to get there and “giterdone”. Yes, there was a nice ending but at times I felt like I was climbing Mt. Everest and expected a wading pool. There are sexual scenes in the book. This may offend some readers.
Read more
One person found this helpful
Report abuse
See all reviews
Back to top
© 1996-2021, Amazon.com, Inc. or its affiliates