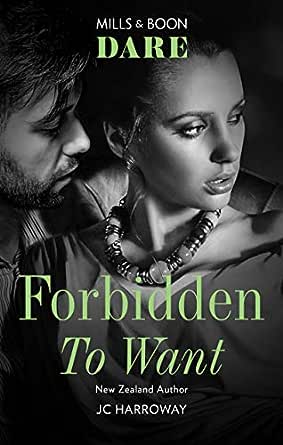 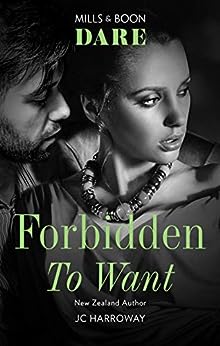 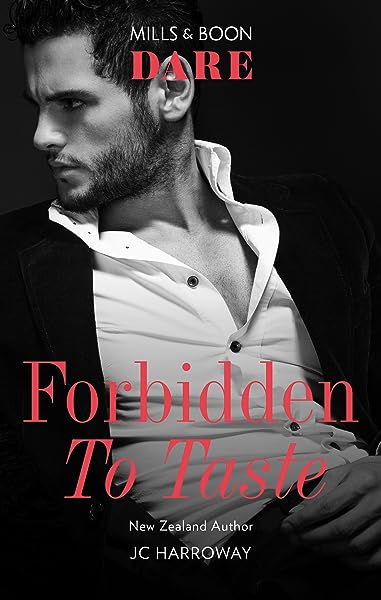 One delicious hook-up deal... One rule – no falling in love.

Mia Abbott never backs down from a challenge – especially one posed by sexy widowed billionaire, Kit Faulkner. He's dark, dangerous, damaged – and pure, raw sex appeal. And for the next three weeks, he's also Mia's boss. The rules of their wicked engagement? No romance. Only, one night together isn't enough. They're about to discover that the most forbidden things are also the hardest to give up...

Lifelong romance addict J.C. Harroway lives in New Zealand. Writing feeds her very real obsession with happy endings and the endorphin rush they create.You can follow her at www.jcharroway.com www.facebook.com/jcharroway, www.instagram.com/jcharroway and https://twitter.com/jcharroway

Blushing Book Reviews
TOP 500 REVIEWER
4.0 out of 5 stars A BLUSHING BOOK REVIEW
17 May 2019
Format: Kindle Edition
Who doesn't love a sexy broody alpha male? Kit Faulkner lost his wife and is now busy protecting his miserable heart. What he doesn’t realize though by shutting out all the bad he is stopping anything good from coming in too.

Mia Abbot is a sassy, strong characters and I found myself reading her dialogue in my mind with a New Zealand accent. I really loved her character.

Smoking hot chemistry erupts of the pages in their mutually agreed 'fling' but once they get to know each other outside the sheets will they want more? Will Kit let down his walls and let Mia see the man behind the walls?

This is a hot little read!

Marsha @ Keeper Bookshelf
4.0 out of 5 stars Intriguing, sexy, emotional - loving this series
1 August 2019 - Published on Amazon.com
Verified Purchase
I like a hot, steamy, and quick Romance – the kind that strips away everything but the core of two people who have their own individual issues to be dealt with, but also are too stubborn or wounded to see that love is possible for them. The new(ish) Harlequin Dare line gives me exactly that. Stories where not only the inhibitions and clothing are stripped quickly away, but where those reasons for only wanting a quick, sexy hook-up instead of a lasting relationship are also stripped away.

Kit Faulker is an obnoxious, wounded, sexy widower who now only lives for work and intense, sex only, one-night stands. He’s full of guilt, regret and doesn’t believe he deserves another woman trusting, loving him. He’s wrong about that and it will take one strong woman to prove that to him.

Mia Abbott doesn’t trust in relationships, and she’s not afraid to go after what she wants or needs without all the pesky strings and entanglements when needed. Although Kit is, at first meeting, a complete jerk he’s also one sexy, attractive man that she’s not afraid to take on – in any capacity. She’ll hold him to one contract, but she’s offering another unofficial contract as well. Kit and Mia are about to get more than they bargained for in each other – and maybe the one person they need for far longer than three weeks of intense, hot, mind-blowing sex… maybe love has entered the equation as well.

J.C. Harroway’s Billionaire Bachelors is a mini-series within the A Sexy Billionaire Romance series. I’ve now read all three of the brothers’ stories (the last releases tomorrow 8/1/19) and I really cannot pick one favorite – they are all unique, sizzling hot with couples where I believed in their reality.

In FORBIDDEN TO WANT, Kit and Mia are certainly stubborn, strong-willed people with their own issues to be dealt with, yet I enjoyed them as people and loved watching their “it’s only sex” rule fly out the window as the emotions settled in on them. This is one hot, steamy, emotional story that I would recommend to any reader who likes their couples sexy as sin, not afraid of anything physically pleasing but terrified of emotional involvement. It’s one good story that (most – but not if you don’t like those sexy moments described) any Romance reader would enjoy.

I own a Kindle edition of FORBIDDEN TO WANT.
Read more

Erin
3.0 out of 5 stars Just ok !
25 February 2019 - Published on Amazon.com
Verified Purchase
The story was just boring. Flipped through the pages to get to the end and it took me weeks to finish it.
Read more
Go to Amazon.com to see all 2 reviews 3.5 out of 5 stars
Get FREE delivery with Amazon Prime
Prime members enjoy FREE Delivery and exclusive access to movies, TV shows, music, Kindle e-books, Twitch Prime, and more.
> Get Started
Back to top
Get to Know Us
Make Money with Us
Let Us Help You
And don't forget:
© 1996-2020, Amazon.com, Inc. or its affiliates