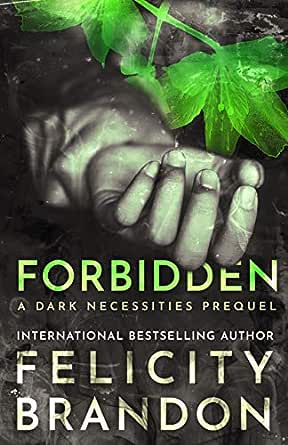 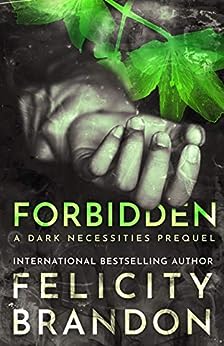 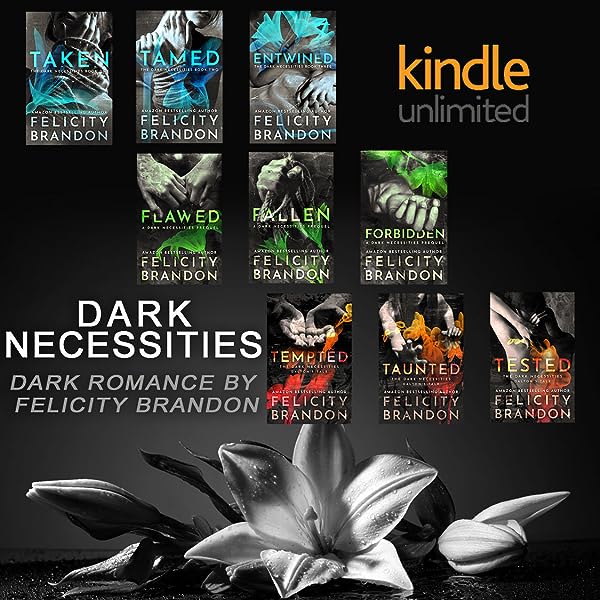 Suzanne
TOP 500 REVIEWER
5.0 out of 5 stars Stunning Conclusion
Reviewed in Australia on 12 August 2019
A stunning conclusion to this trilogy that is fascinating to read and a very dark romance. Lily and Ethan's tale comes to a gripping conclusion that is full of emotions. The characters are strong even though they are flawed and show the huge amount of love experienced between Lucy and Ethan. Well worth reading if you enjoy dark romances. This is my honest opinion.
Read more
Helpful
Report abuse

Heather Dee
TOP 1000 REVIEWER
5.0 out of 5 stars Dark and twistedly good
Reviewed in Australia on 20 August 2019
Dark twisted and oh so yummy what a fantastic end to a awesome series I love it
Read more
Helpful
Report abuse
See all reviews

Louise H - "Life In The Book Lane" Book Reviews
5.0 out of 5 stars Amazing conclusion
Reviewed in the United Kingdom on 8 August 2019
Verified Purchase
Book #2 ended with Lily in the boot (trunk) of Ethan's car, kicking out the tail lights to try and grab someone's attention. What follows was NOT what I expected, Ms Brandon did not travel the more expected (and cliched) paths with Forbidden. This led to a story that whilst, perhaps, not as filled with drama and angst as the previous two books, allowed us to really (re)connect with both characters, to fall in love with their love story and to understand the choices they ultimately made.

The epilogue, from Connor's perspective, was rather a sucker punch to the gut. Not only that but it actually altered my perception of him somewhat. Would I have felt differently about him in his books had I read these first? Who knows, it's a moot point. Very clever of you though Ms Brandon because I now desperately want to re-read his story!

Back to THIS book, and what a journey it took us on. There are some fairly significant time line jumps in this book, though excellent writing ensures you are always aware of WHEN you are in the story. It might have been nice to have had some missing events actually included in the story, though that would have been more for my own preference than it actually adding anything of true value.

The way Lily and Ethan strengthened their bond towards the end was at times scorching hot and yet also heart breaking. Even though the very first book pointed towards a very specific outcome at the end of this, a part of me was waiting - indeed hoping - for some 'trickery fakery' to occur. I'm not going to say if it did or not because *spoilers!*,

The emotion of this book, the strength of feeling, was brilliantly portrayed throughout. Did Ethan do enough to make me forgive him? I don't think you CAN forgive a man for this heinous crimes he committed, but you can love him despite them. And love him Lily did. He clearly worshipped the very ground on which she walked. He also, as much as he could, loved his two sons. Sons that were going to be hurt as a consequence of his actions both past and present.

It goes without saying that Ethan was selfish, particularly when he 'slipped', but even then I couldn't bring myself to hate him. Even when his actions would devastate those he loved, when the resulting ripples threatened to drown those around him, he still managed to stay wedged in both mine and Lily's hearts. This was both the best and worst ending to their story, the conclusion I most and least wanted.

The Dark Necessities Prequel is an amazing trilogy. It is one that will raise you high before sending you crashing to the ground, broken into many pieces, before gluing you back together and starting the whole cycle again. It is full of delicious darkness, compelling kinkiness, terror, angst and love. I have loved following Lily and Ethan's story and do recommend this story to those who like their stories on the depraved side.
Read more
2 people found this helpful
Report abuse

Chegz💕
5.0 out of 5 stars 😳😳😳
Reviewed in the United Kingdom on 10 August 2019
Verified Purchase
What can I say 😳🤷‍♀️ this book is amazing beyond amazing as is the whole series! Mrs Brandon you are an amazing author I have been through so many emotions whilst reading, the feelings this book gave me are beyond anything I have read before and I can only imagine how long it will stay with me, tears were definitely shed on a number of occasions. I don’t want to give away a single thing about this book but suffice to say it is a Must 5*+ read . Thankyou Mrs Brandon it’s been an honour to read this beautiful story.
Read more
Report abuse

Jayne Gibson
5.0 out of 5 stars A electrifying conclusion to the trilogy!!
Reviewed in the United States on 9 August 2019
Verified Purchase
I’ve quite literally been in awe of this trilogy, and the third and final installment struck me hardcore. As I said about the previous book - wow, just wow. Felicity Brandon is one of my favorite authors, among a few authors I admire greatly for their incredible writing abilities. Ms. Brandon has never disappointed me, and I can’t tell you how many times she’s made me gasp, laugh, cry and shout out loud. She is one of those authors who deserves the accolades for excellence. She is consistently amazing.

The story of Ethan and Lily concludes in this third book of the series (Flawed and Fallen being the first two books). The book will take you by the hand and lead you into the lives of these two deeply flawed lovers. It’s quite a ride, let me tell you. Murder, mayhem, a deep and abiding love along with a dash of psychism all lead to a conclusion that was so perfect that it left me breathless. Jeez, Felicity, you couldn’t have made a better choice on how to end this series. I tip my hat to you. Highly recommended, as usual.
Read more
2 people found this helpful
Report abuse

Bethann
5.0 out of 5 stars Dark page turning 10 star read
Reviewed in the United States on 9 August 2019
Verified Purchase
Omg this is a dark tantalizing thriller the last book of Ethan and Lilly story and what a story. Felicity Brandon totally rocks she has a way with dark,page turning books I highly suggest you read all 3 of this trilogy it's a page Turner for sure. If dark with twist and turns isn't your thing this book is not for you but I really suggest try it!!!!!
Read more
One person found this helpful
Report abuse

n.wilbais
5.0 out of 5 stars So good! Major book hangover!!
Reviewed in the United States on 23 August 2019
Verified Purchase
Major book hangover!!! I loved this trilogy! I had already read Connor and Molly's story so this prequel set filled in some previously unknown information. Ethan and Lily were so wrong but oh so right for each other...a beautiful bittersweet love story. I read this on Kindle but loved it so much that I purchased the paperbacks to read over again and again. Thank you Felicity!!!
Read more
Report abuse
See all reviews
Get FREE delivery with Amazon Prime
Prime members enjoy FREE Delivery and exclusive access to movies, TV shows, music, Kindle e-books, Twitch Prime, and more.
> Get Started
Back to top
Get to Know Us
Make Money with Us
Let Us Help You
And don't forget:
© 1996-2020, Amazon.com, Inc. or its affiliates