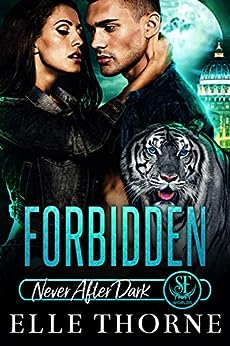 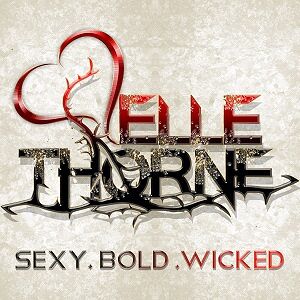 CRAZY4PEANUTBUTTER
4.0 out of 5 stars GREAT STORY
Reviewed in Australia on 8 August 2015
Forbidden tells the love story of Rafael "Rafe" Tiero and Jaclyn "Jax" Vasquez. I liked this story a lot. There is great chemistry between the characters. I love it when the female characters is strong, smart, feisty and can hold her own. Rafe is just so hot, yummy and sweet. I just love his character. I wish that Ms. Thorne wrote series that continued with some of the same characters only on new adventures. She has come up with some great characters that need more then just one book and the occasional guest spot. Rafe is one of them.

Love this book and highly recommend it.

Nicole H. Vela
5.0 out of 5 stars Destino
Reviewed in the United States on 8 July 2015
Verified Purchase
Elle Thorne, transports us to another hedonistic location. A European SEDUCTION, Rafael had love one..one that wasn't his, yet his tiger knew she wasn't theirs. So now as luck would have it his future lies with el Destino( Destiny). Rome, is the backdrop for seduction, romance and wild animalistic sex! Jaclyn(Jax) Vasquez,sexy, sensual and a voluptuous temptress. She has had a fixation on white tigers especially the one that haunts her dreams. She is holding her dreams close to her heart. With a disgusting loser boyfriend and crazy parents she enlisted a sexy,handsome stranger into her harebrained plan. With her parents brand of crazy, can she realize what is truly important? Rafe, can't believe his eyes this woman is not his normal although his tiger is intrigued. She talks him into her plan but he needs a plus one if he expects to make it out without seeing his brother and mate. That's right.. their visit could have him losing his sanity. But hell, its about to get real! As in hot loving, canines and forever! To say that Elle Thorne has brought sexy back is a huge understatement, the sex,romance and at times comedy relief is just a sensual delight. Gave the book 5 stars because the fact this a spin off and she manages to ensnare audiences with her unique brand of writing and even sexier characters. Her smexy new series is Muy Caliente! Excited beyond belief! Elle Thorne is a woman on fire!
Read more
One person found this helpful
Report abuse

Kimberley A. Sullivan
5.0 out of 5 stars nice quick read
Reviewed in the United States on 24 August 2015
Verified Purchase
Its Rafe's time to shine and Ms. Thorne doesn't disappoint. Our wounded tortured hero is about to come in to his own and it only took one smart snarky female to shake things up and make his tiger sit up and roar. Jax is completely different then Callie and even thought she might also need to be rescued she is not going to go quietly. I loved the interactions between the two characters, they are clipped, snappy, funny and just what Rafe needs, a challenge. Even though my heart hurt for him when Vax and Callie arrived, I was pleased to see that he worked out his feelings and finally listened to his tiger. A couple of twist and turns keep you guessing and left me wondering if there is more at play then Ms. Thorne let on. ( she is sneaky like that) This is going to be another great series with strong characters, great dialogue and stories that you can't wait to finish and hate to see end
Read more
Report abuse

Danielle Taylor
2.0 out of 5 stars Typical mate shifter book
Reviewed in the United States on 30 April 2017
Verified Purchase
This was just okay for me. Pretty typical - they are fated mates shifter book. I feel like I was missing a backstory that they kept referring too about the brother and his mate - must have been in a previous book but this is book #1 so that was confusing. It was short and not as well developed as I really like but not bad.
Read more
Report abuse

Cilicia White
4.0 out of 5 stars Rafe and Jax
Reviewed in the United States on 4 September 2015
Verified Purchase
This is the first book of n a new After Dark Series and this time we get Rafe's story and we are going to Italy. Jax wants to get away from her life. This is a great story and has my favorite kind of shifters wolves. We do get to see other characters from the last series and it was good to see them but wow Rafe was just wow!!
Read more
Report abuse
See all reviews
Back to top
Get to Know Us
Make Money with Us
Let Us Help You
And don't forget:
© 1996-2021, Amazon.com, Inc. or its affiliates