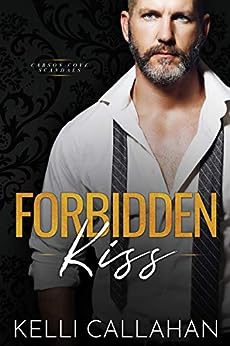 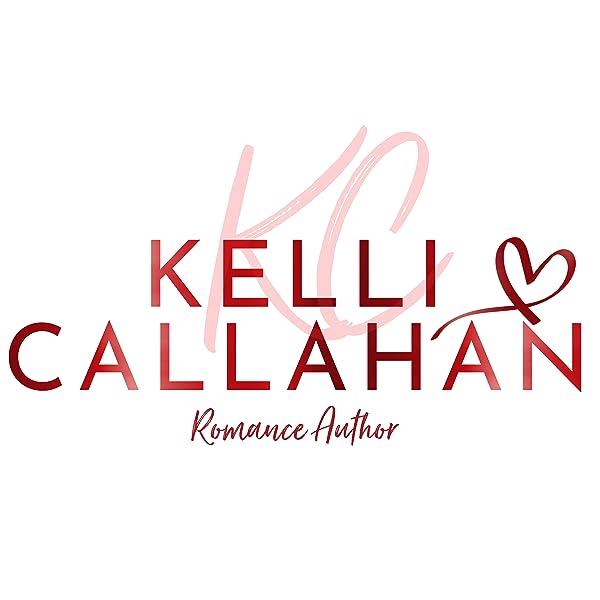 4.0 out of 5 stars
4 out of 5
146 global ratings
How are ratings calculated?
To calculate the overall star rating and percentage breakdown by star, we don’t use a simple average. Instead, our system considers things like how recent a review is and if the reviewer bought the item on Amazon. It also analyses reviews to verify trustworthiness.

Kindle Customer
5.0 out of 5 stars Awesome book
Reviewed in Australia on 17 August 2019
Verified Purchase
I have loved this new book. The series are great. Lots of love and sexiness between Bryant and Taylor. Even the shit from the bitchy Alexis couldnt stop the love. Took a few twist and turns but she finally got hers.
Read more
2 people found this helpful
Helpful
Report abuse

Deb from Oz
TOP 50 REVIEWER
5.0 out of 5 stars A great start to a new series
Reviewed in Australia on 7 August 2019
This appears to be the start of a whole new series from the talented Kelli Callahan but it also has aspects of her daddy series as well Once again we have the older alpha male and the young impressionable woman that eh decides is his.

Teshe
TOP 500 REVIEWER
5.0 out of 5 stars Fantastic book!
Reviewed in Australia on 7 August 2019
This is not usually the type of book I would go for but found the book to be really great. Kelli approached the topic of older man younger woman with tact and very creatively. Bryant is the father of Taylor's best friend, who she has secretly lusted after for years. Fate brings them together and although there's is lots of outside drama and pressures things turn steamy. A great story, lots of tension, an archnemesis, and eventually a resolution. There are a few surprises and all in all a very entertaining book.

I received a free copy of this book via Booksprout and am voluntarily leaving a review.
Read more
2 people found this helpful
Helpful
Report abuse

Lover of Romance
TOP 100 REVIEWER
4.0 out of 5 stars Nice Read
Reviewed in Australia on 24 October 2019
This was an enjoyable read and perfect for kindle unlimited and it filled a few hours perfectly. It’s about an older divorced man who falls for his daughters friend, someone who’s also had a secret crush on him and with a bit of drama thrown in from a rival interest. I would suggest you read this series in order as the story will flow better and to find out if they get their happy ending you’ll need to borrow your copy today. Another great read from Kelli.
Read more
2 people found this helpful
Helpful
Report abuse

MarieD
TOP 1000 REVIEWER
4.0 out of 5 stars Another great book
Reviewed in Australia on 12 August 2019
Wow this book is jam packed with drama and intrigue Bryant after a chance met with Taylor at a charity action falls for his daughter's BFF while trying to dodge the town piranhas who has set hersites on Bryant as her next billionaire husband yet things dont go to plan and true love wins in the end they just had to go through a few hurdles first.

I received a free copy of this book via Booksprout and am voluntarily leaving a review.
Read more
2 people found this helpful
Helpful
Report abuse

Tinna
TOP 1000 REVIEWER
3.0 out of 5 stars older man /younger woman
Reviewed in Australia on 29 June 2020
Bryant is in the middle of a nasty divorce and his ex is causing havoc. HE sleeps with his daughter's friend Taylor, taking her v card and leaving her a little something with a few twist and turns throughout the book .

sharon rapson
5.0 out of 5 stars fantastic highly recommend
Reviewed in the United Kingdom on 8 May 2020
Verified Purchase
I really enjoyed this box set from the first to the last page in each book was filled with passion, love blackmail and much more. The first book is about Taylor and Bryant who are hot and the chemistry is amazing but with the fact Taylor and Bryant daughter are best friends could cause a problem. enjoyed for the start. The second book is about Jon and Melanie who were first heard from in book one. Highly recommend this great box set give it a go you will be hooked to your seat

I received a free copy of this book and am voluntarily leaving a review.
Read more
Report abuse

Ferbooks
5.0 out of 5 stars Forbidden but absolutely right
Reviewed in the United Kingdom on 31 January 2021
Verified Purchase
A fantastic read with plenty of intrigue. The chemistry between Bryant and Taylor could not be denied. Terrible Alexis tried her best put herself where she doesn't belong but she underestimate the love of a best friend/daughter and a sister, who would work together to do whatever it takes to save the people they love.
Read more
Report abuse

K. Lindtvedt
3.0 out of 5 stars Wonderfully Delicious but Left Me Wanting More...
Reviewed in the United States on 18 August 2019
Verified Purchase
I thoroughly enjoy Kelli Callahan’s writing.  She speaks to the sociologist within me and always leads me down a path of thought exploration and social taboo pondering.   A step above the typical “daddy” tropes, Callahan writes stories of older established men falling in love with much younger women and all the life crap you would associate with such a union in a believable, heart felt way.  And Forbidden Kiss is a wonderful example of the smart, sexy prose within this subsection I have come to appreciate from her.

Set in the wealthy community of Carson Cove, this first book (in what I hope is a long, long, series of books on these characters) is an emotional tingling ride reminiscent of Dynasty with a dash of 90210, Laguna Beach, and 007 intrigue to keep your nerves on a delicious edge.

This first story of Bryant and Taylor, a forty-five year old investment mogul and 23 year old art student, takes you through a winding scenario of what happens when an innocent act of pretend, meant to help a best friend’s father avoid a money hungry divorcee on the prowl, turns into something much, much more.  A tale of what happens when said villainous divorcee has the money, power, and ability to destroy lives to get what she wants, collateral damage and consequences be damned.  It is nail biting and emotional. It keeps you on the edge wondering if the bad guys are actually going to win! And will have you yelling at the evil Alexis to die a well deserved, literary death. And it was almost glorious.

I was hooked and eager to root for truth and fall in love with Bryant and Taylor and their fight to be together and win against all odds, but there just wasn’t enough of them to fall in love with.

The idea of Bryant and Taylor, of a relationship such as this is an intriguing one. One I would have gladly followed (and still would follow) from start to finish.  But I needed a real progression, one that showed more of them and their connection, more of why they're fighting for each other, and of the natural evolution from initial attraction to the love they declare.  However, instead I felt confused and unfulfilled because of the many important aspects not present, seemingly left on the editing room floor, which should have been included in the final print.  From start to finish Bryant and Taylor’s journey is cut short, made unrealistic, and seemingly only based in sex, which for the books end result doesn’t quite connect.  And I was left wondering aloud about how they ended on such a solid foundation when no foundation building is presented in the first place.

I longed for an expanded view of the start of their journey, an extra chapter outlining some more day-to-day “dates” if you will.  Perhaps another chapter (or even a couple of paragraphs) interweaving Taylor’s art into the mix, introducing Bryant to it, having him interact with it.  I wanted to see their journey beyond the sexual in order to better understand the feelings the characters put into words later in the book.  I desperately needed more of the confusing, danger filled, winding love road of Bryant and Taylor that led them to their ending declarations.  Because although this book contains enough heart pounding intrigue to keep you reading to the end it sadly contained very little of the actual relationship between the main characters and it left me feeling cheated and wanting more.

Hopefully the series additions coming soon will expand on these characters and fill in some of the missing pieces and gaps I long for.  However, I would also HAPPILY buy an expanded edition of this book!  One with a few more chapters connecting all the delicious dots, that coupled with a bit of typo/word omission fixes (there were a fair amount of typos in this edition), would take this book easily from a good read to a must read!
Read more
19 people found this helpful
Report abuse

Whitney K.
4.0 out of 5 stars True May-December Romance Worth the read!!
Reviewed in the United States on 20 November 2019
Verified Purchase
This one was a great read! I love a good May-December romance and this was a true one...not one of those that he’s an early thirties and she’s early twenties.
Taylor was a sweet and smart college student, but a little insecure. She did annoy me at the beginning with her over abundance of talk about “the privileged”.
Bryant was smart, rich, sexy as hell, and Taylor’s best friend’s dad. I loved everything about him. He knew what he wanted.
In comes the wicked witch of their over privileged town and I wanted to hint the bitch down and beat her!! Such a terrible woman!!! Ugh!!! She will test your patience but hold strong!!

This is a HEA with no cheating and I loved it.
Read more
6 people found this helpful
Report abuse

Avid Reader
2.0 out of 5 stars It had promise...
Reviewed in the United States on 6 January 2020
Verified Purchase
But there was too much extraneous BS in the middle of the story unrelated to the storyline which retracted from my enjoyment in reading the book. The beginning was okay, as was the ending. H was not a very strong character and seemed to just be taken by the tides of the story. I almost gave up on it but skimmed quite a lot to get to the end where everything is wrapped up.
Read more
4 people found this helpful
Report abuse
See all reviews
Back to top
Get to Know Us
Make Money with Us
Let Us Help You
And don't forget:
© 1996-2021, Amazon.com, Inc. or its affiliates